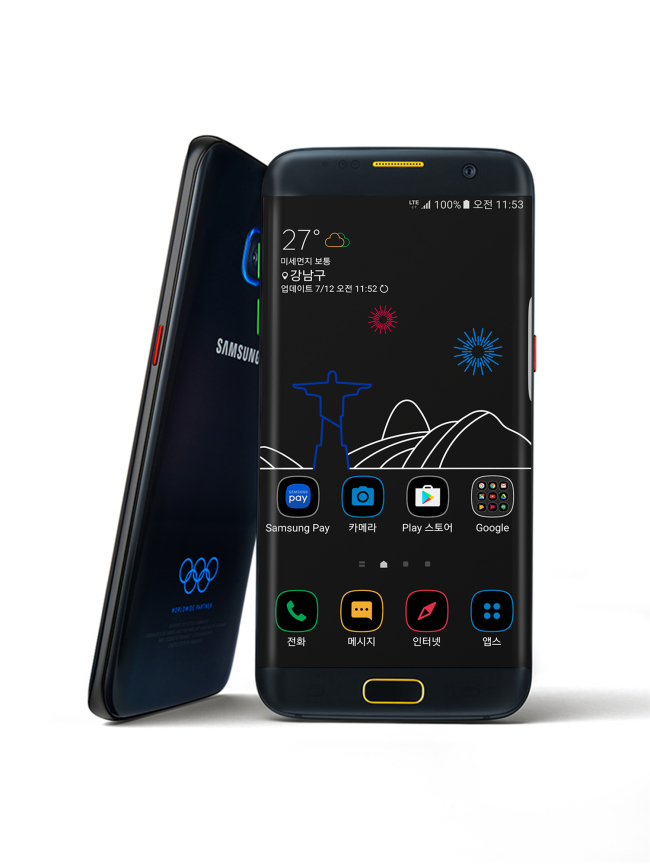 The phone features Olympic Games design with the five official colors of the Olympic Rings, around the phone and on the key apps.

“We produced the limited edition version with full wishes that South Korea players perform to their best ability at the Olympics Games,” said an official of the company.

A VR gear headset will come with the Galaxy S7 edge package, and Gear IconX will be offered to 100 randomly selected purchasers, the company said.

As the official Olympic partner in the wireless communications equipment category, the tech giant said it will deliver 12,500 of the limited edition smartphones and Gear IconX to all Rio Olympic Games players to help communicate with their friends and families outside Brazil.

The limited edition will also be launched in other countries including Brazil, the US, Germany and China.