The operators of mobile messengers are expanding their roles from just connecting users to a wider scope to cover financial transactions, industry watchers said Wednesday, as more users preferred to have a single comprehensive application over installing many.

In line with the trend, the operator of KakaoTalk, Korea's most popular mobile messenger, said it will allow users to make banking transactions in the chat screen without having to open another application. 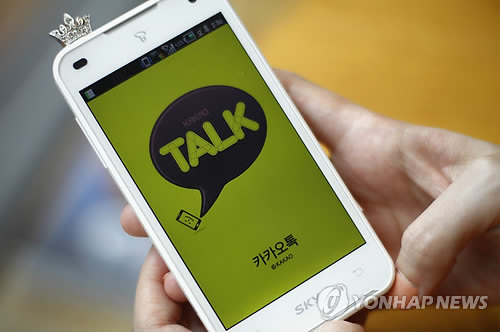 Although Kakao currently operates Bank Wallet Kakao for similar transactions, the update will pave the way for users to send and receive cash more quickly and conveniently. The service is expected to kick off later this month.

The daily transaction limit will stand at 300,000 won ($256.37). The transaction commission will be exempted for users.

As such, industry watchers said mobile messengers will replace different kinds of applications in the long run.