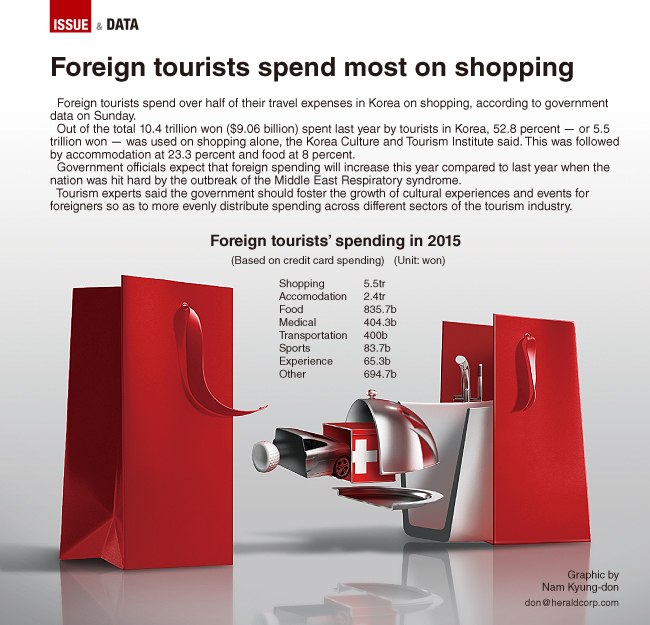 Foreign tourists spend over half of their travel expenses in Korea on shopping, according to government data on Sunday.

Out of the total 10.4 trillion won ($9.06 billion) spent last year by tourists in Korea, 52.8 percent -- or 5.5 trillion won -- was used on shopping alone, the Korea Culture and Tourism Institute said. This was followed by accommodation at 23.3 percent and food at 8 percent.

Government officials expect that foreign spending will increase this year compared to last year when the nation was hit hard by the outbreak of the Middle East Respiratory syndrome.

Tourism experts said the government should foster the growth of cultural experiences and events for foreigners so as to more evenly distribute spending across different sectors of the tourism industry.