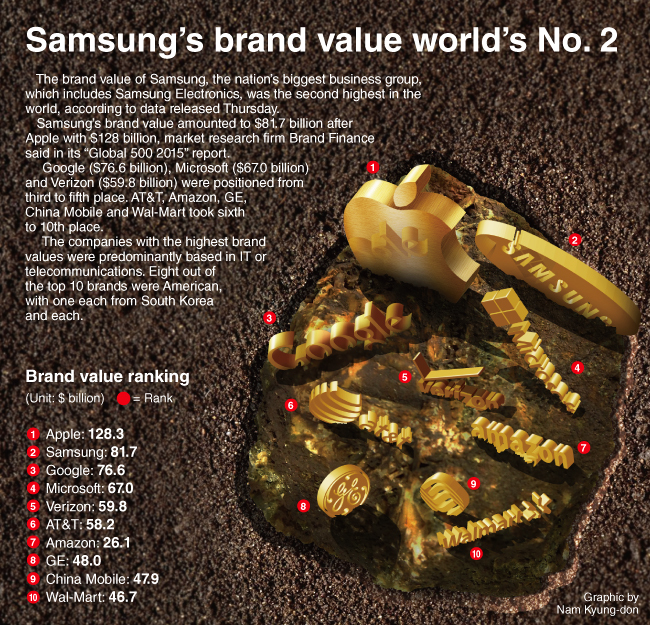 The brand value of Samsung, the nation’s biggest business group, which includes Samsung Electronics, was the second highest in the world, according to data released Thursday.

The companies with the highest brand values were predominantly based in IT or telecommunications. Eight out of the top 10 brands were American, with one each from South Korea and China.