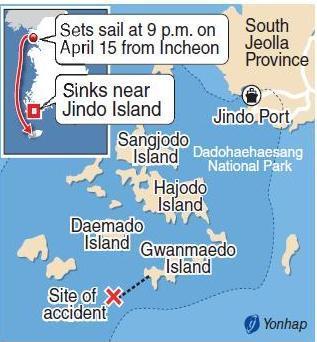 The company operates four vessels including the Sewol on three routes ― which set out from either Incheon or Yeosu ― as well as river taxis on the Hangang River.