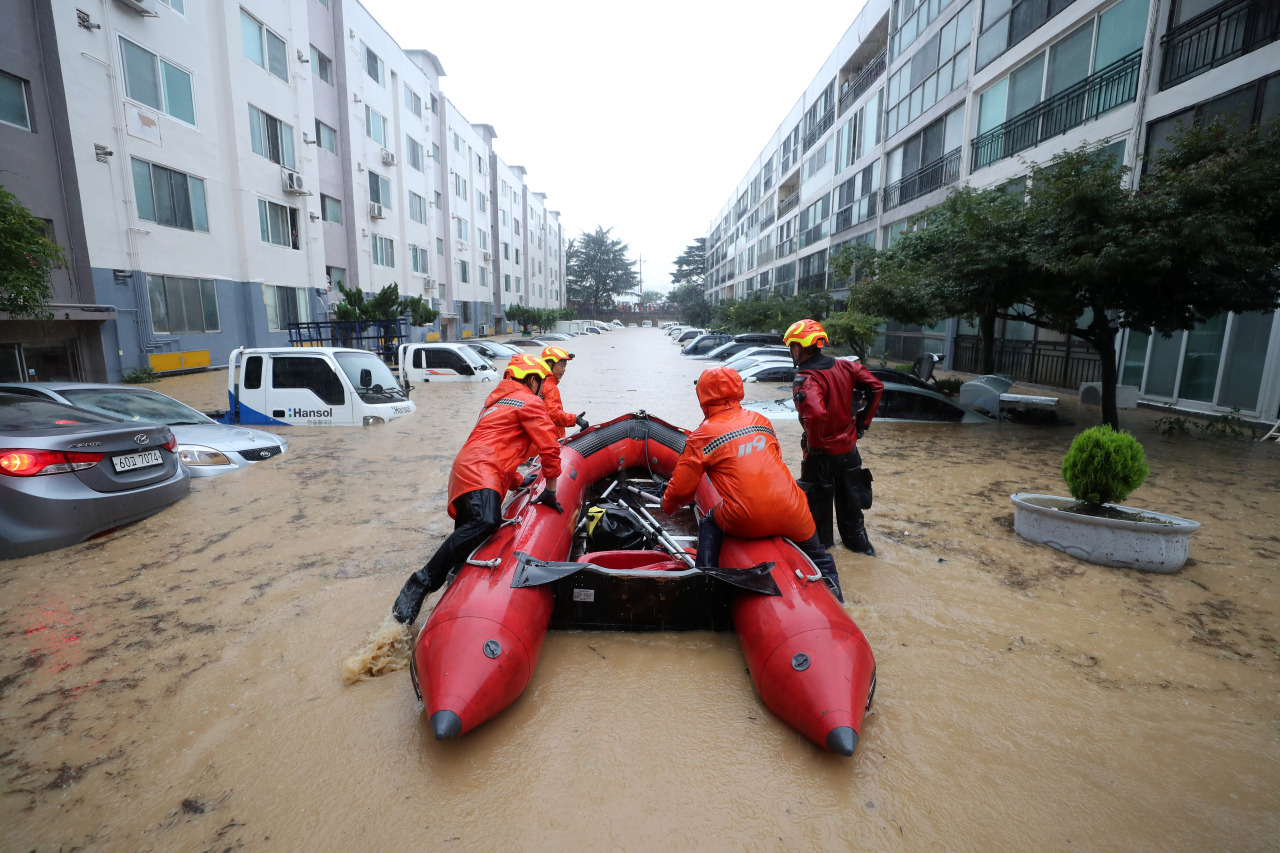 Torrential rain flooded more than 100 homes, dozens of vehicles and railroads in Daejeon, killing at least two people in the country’s fifth-largest city.

Heavy rain warnings have been issued in Daejeon and the surrounding towns, and the monsoon rain will continue in the Chungcheong region on Friday and the central region until next week, the Korea Meteorological Agency said.

In Daejeon’s Munhwa-dong, Jung-gu, some 80 millimeters of rain fell in just one hour from about 4 a.m. on Thursday.

In Jeongrim-dong, Seo-gu, the downpour flooded 28 apartment units on ground level, killing one of the residents upon being transported to a hospital. 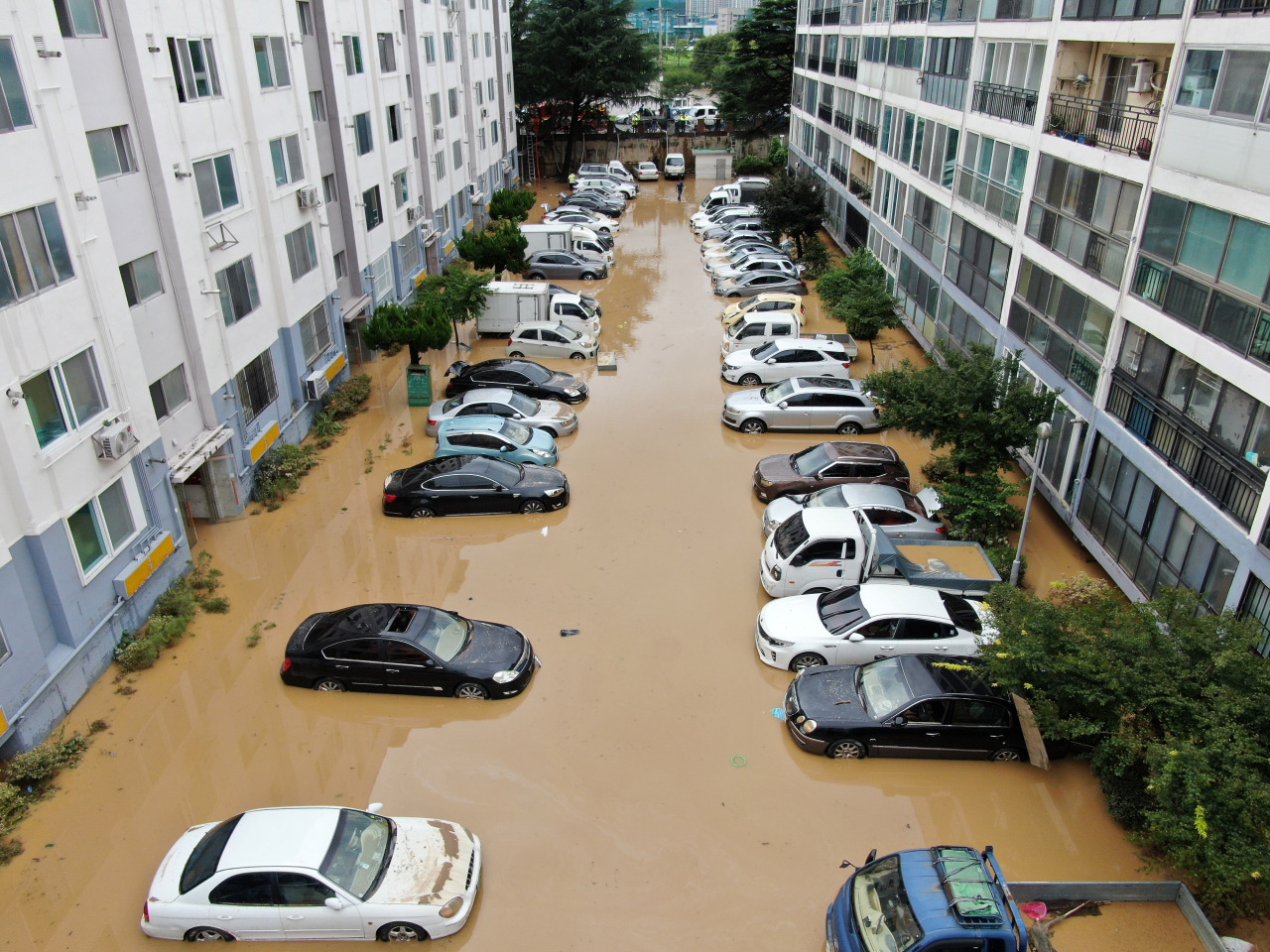 More than 50 vehicles on the ground parking lot became submerged and were towed by fire department authorities.

Another person died while being transported to the hospital after he got electrocuted while trying to drain water from the basement of a nearby golf driving range.

The emergency room of a hospital in Daejeon’s Dong-gu was submerged, in addition to reports of flooding of at least 85 houses, seven roads and four camping vehicles.

While high-speed KTX and SRT trains continued to operate as usual, other trains passing through and around Daejeon have been stopped since Thursday morning as railroads were submerged or covered with soil.

Authorities have blocked access to all riverside roads and underpasses. 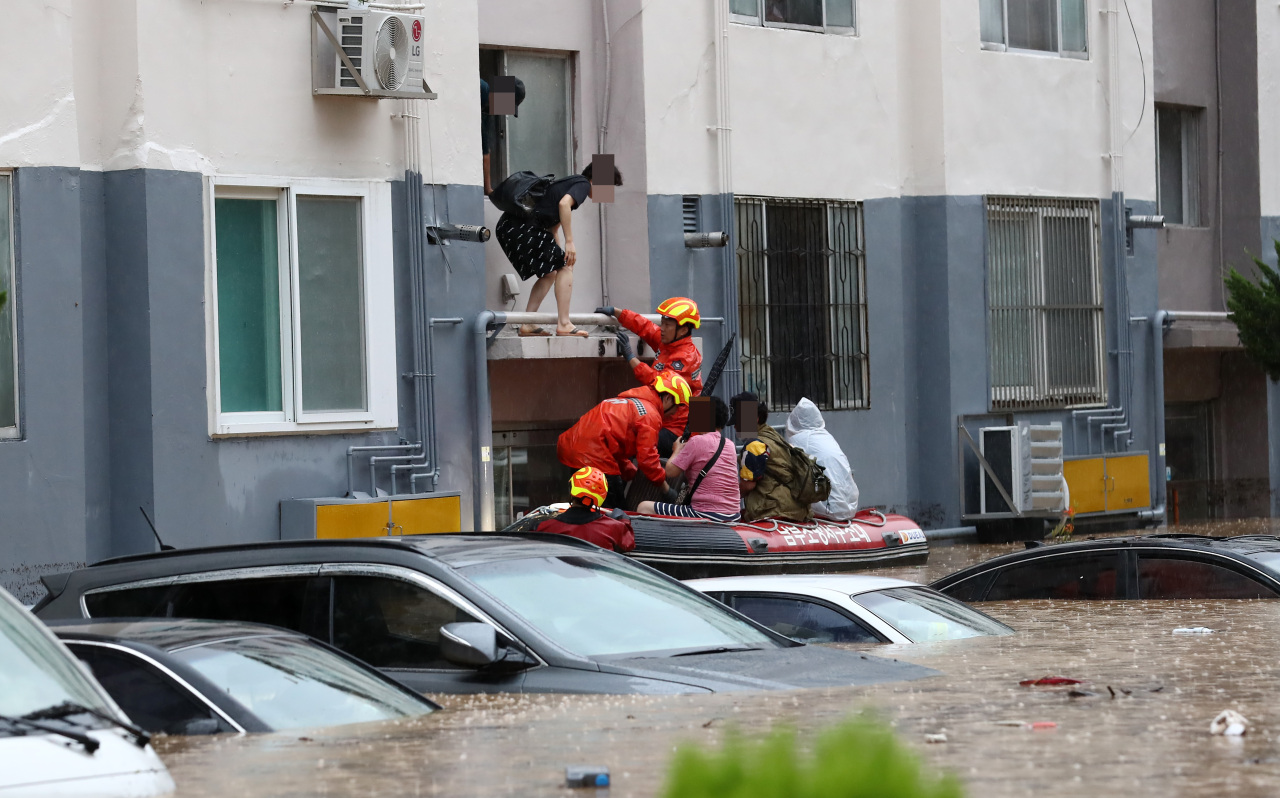 The KMA forecast up to 200 millimeters of rainfall in the Daejeon area until 9 a.m. on Friday.

Torrential rain continued in the North Jeolla Province region as well on Thursday, with heavy rain warnings issued across seven towns and counties.

All 130 roads into national and provincial parks in North Jeolla Province were blocked, as well as riverside parking lots and underpasses below bridges. 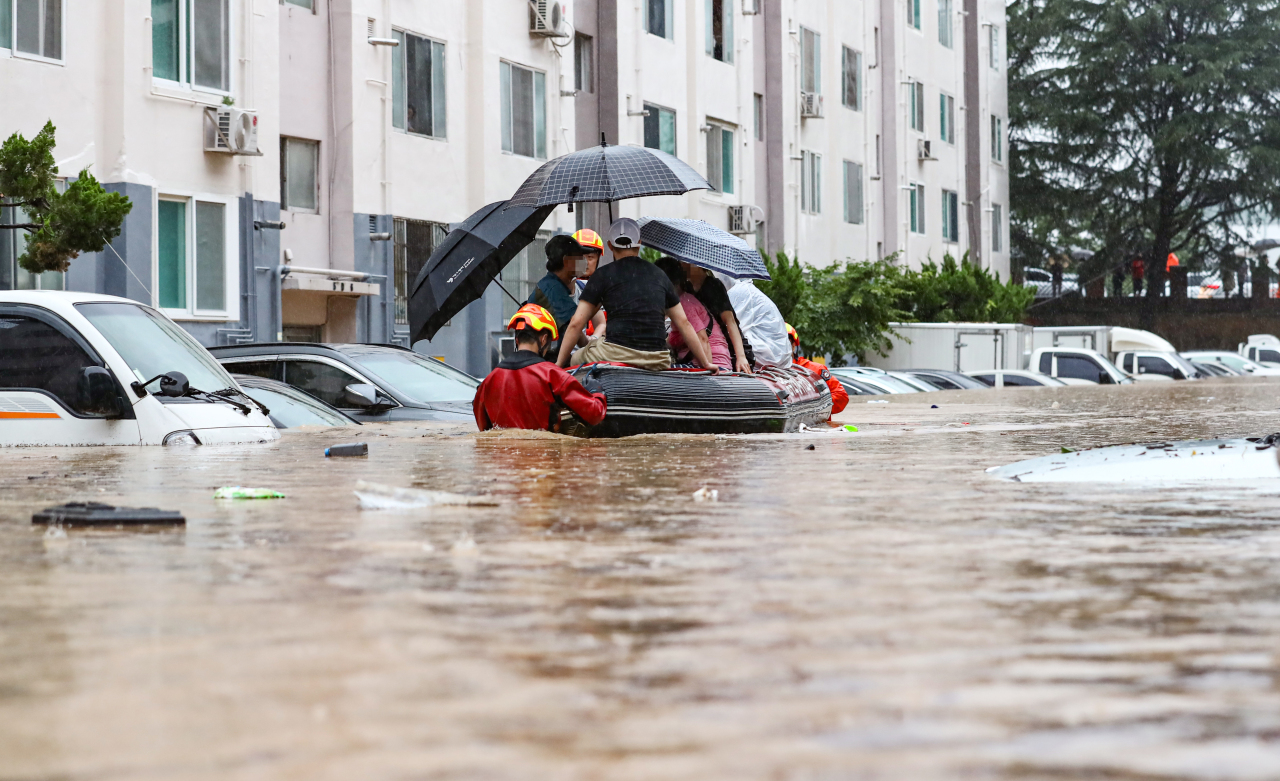