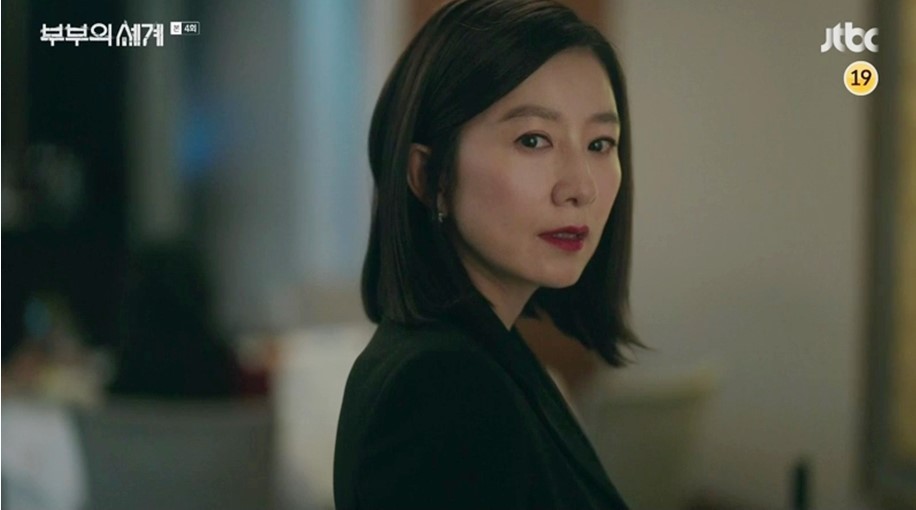 Ji Sun-woo, played by 53-year-old veteran actress Kim Hee-ae, is simply perfect: an established doctor at work, an ideal wife and a doting mother. She faces a personal crisis in life when she finds out her husband Tae-oh is having an affair.

The series does not drag on with the cliche story of the betrayed becoming doubtful, then trying to have meaningless faith in one’s partner and tracking down evidence of the extramarital affair. Instead, the affair is fully revealed in the first episode,

“The fact that the cheating is revealed in the first episode shows that cheating itself is not what the story will expand on, but is only the motif of the story, which focuses on the main character and her surrounding relationships,” TV drama critic Yun Suk-jin told The Korea Herald.

JTBC producer Mo Wan-il stated a similar sentiment on the drama, which was adapted from megahit BBC series “Doctor Foster.”

“While the original storyline is focused more on the main character, in adapting the story for the Korean drama we wanted to portray a whirlwind of emotions to rage around the main character and the people around her,” Mo said during a preview press conference on March 26.

With the dramatic opening of the 16-episode season, “The World of the Married” makes a smooth landing on the small screen with its viewership ratings of 6.26 percent, getting a head start even compared to “SKY Castle,” which remains the broadcaster‘s most popular drama series.

As the following episodes portray Sun-woo meticulously planning out her revenge on Tae-oh, while being cool-headed as she comes to face his young lover Da-kyung, ratings soared by the episode, marking its own highest viewership of 14 percent on the fourth episode that aired Saturday. 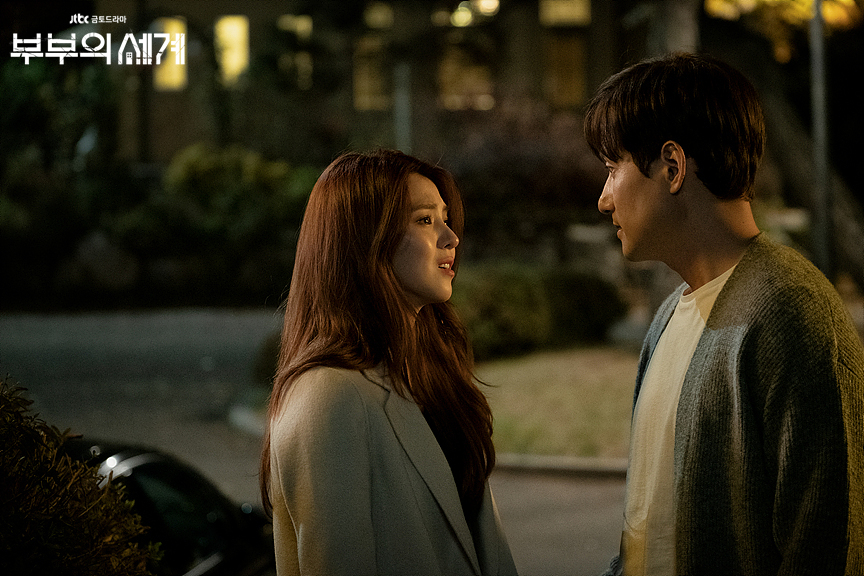 "The World of the Married" (JTBC)
The story turns into a psychological thriller as Sun-woo rejects becoming the tragic protagonist betrayed by her husband, but determines to take charge of the situation by ridding Tae-oh from a life where everything else remains close to perfection.

She even cheats with Tae-oh’s friend and accountant manager Je-hyuk -- not for emotional revenge on Tae-oh, but to trap Je-hyuk into giving her Tae-oh’s financial documents.

Here, Sun-woo goes a step further to smash stereotypes by telling willful cheater Je-hyuk, “It’s not that women don’t know how to cheat. We’re just trying to keep the faith.”

“Cheating itself is unethical, but the curiosity that everyone has about something considered as a taboo -- that they themselves would not commit but wonder about -- makes people keep on watching the show,” said TV critic Yun, who is also a professor at Chungnam University.

As to how the story will unfold, he added, “Because ‘The World of the Married’ is not just another play on prosaic justice, it will not show Sun-woo taking easy revenge on her husband. It is predictable that the following episodes will hold a twist for Sun-woo, since the drama intends to show her, who is seemingly perfect on the outside, as just another ordinary person with suppressed desires inside her.”