The country reported 476 more cases and four additional deaths as of Monday at 12:01 a.m., compared with 4 p.m. Sunday, pushing up the total number of infections to 4,212, according to the Korea Centers for Disease Control and Prevention.

Of the new cases, 377 were reported in Daegu, 68 in North Gyeongsang Province, 10 in South Chungcheong Province, five in Busan and four in Seoul. 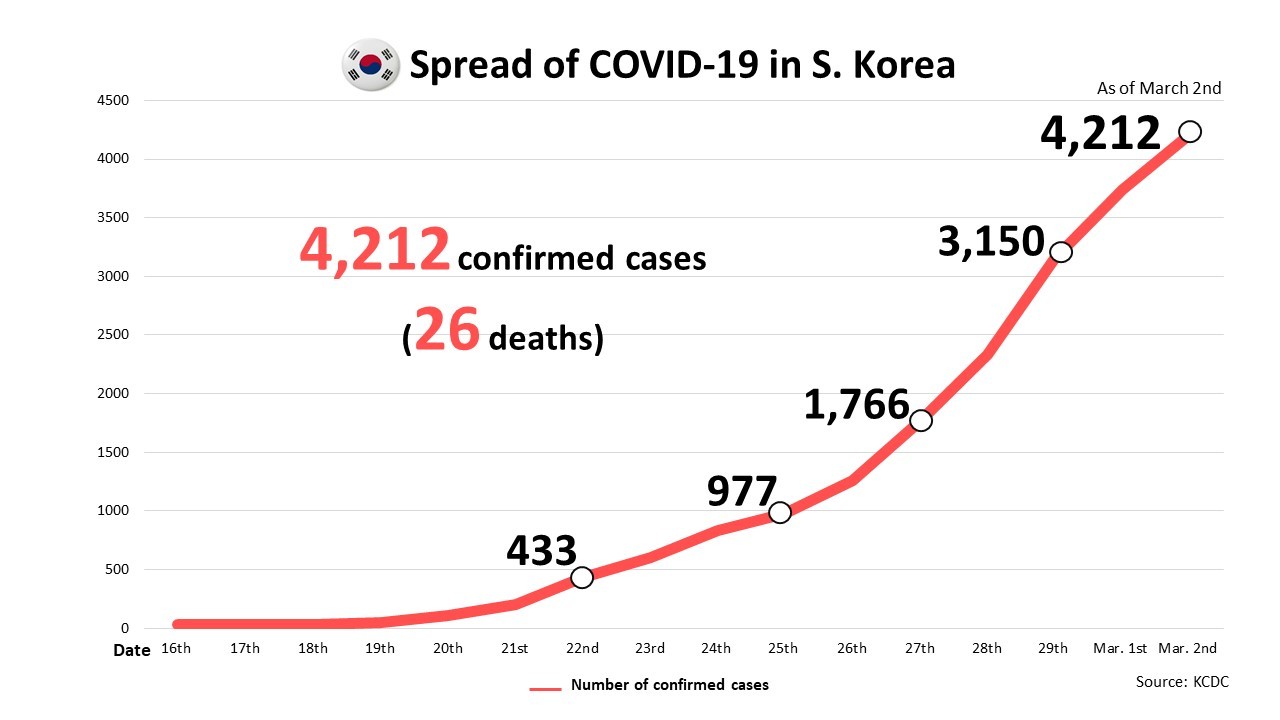 The number of confirmed cases in Daegu and North Gyeongsang Province stands at 3,705, accounting for 87.9 percent of the country’s total.

A total of 71,580 people have tested negative for the virus, with 33,799 more awaiting their test results. Some 31 patients were released from quarantine after making full recoveries.

Health authorities said the number of infections could be expected to climb in the coming days as testing of 210,000 members of the Shincheonji Church of Jesus -- the country’s biggest cluster of infections -- is still underway.

There is a greater possibility of positive results among members of the church’s Daegu branch, compared with those with no ties to the sect, according to the authorities.

Starting Monday, the government began moving patients with mild symptoms to designated community treatment centers based in nonmedical state-run facilities, for quarantine, treatment and care, in the face of a shortage of hospital beds. The patients are categorized in four groups according to their condition.

The move comes after a few patients in the country died in home quarantine while waiting to be hospitalized amid a spike in the number of coronavirus cases.

Also starting Monday, the tally of confirmed coronavirus cases by region, which is announced every day at 10 a.m. on the KCDC’s website, will be based on the numbers as of 12:01 a.m. An updated tally for the day is to be released at 5 p.m.