Of the 376 new cases, 333 are in Daegu, 300 kilometers southeast of Seoul, and 26 were reported in neighboring North Gyeongsang Province, according to the Korea Centers for Disease Control and Prevention (KCDC).

Since raising the virus alert level to "red," the highest level, last Sunday, health authorities have been focusing on halting the spread of the virus in Daegu and North Gyeongsang Province as they account for more than 87 percent of the country's total virus infections. 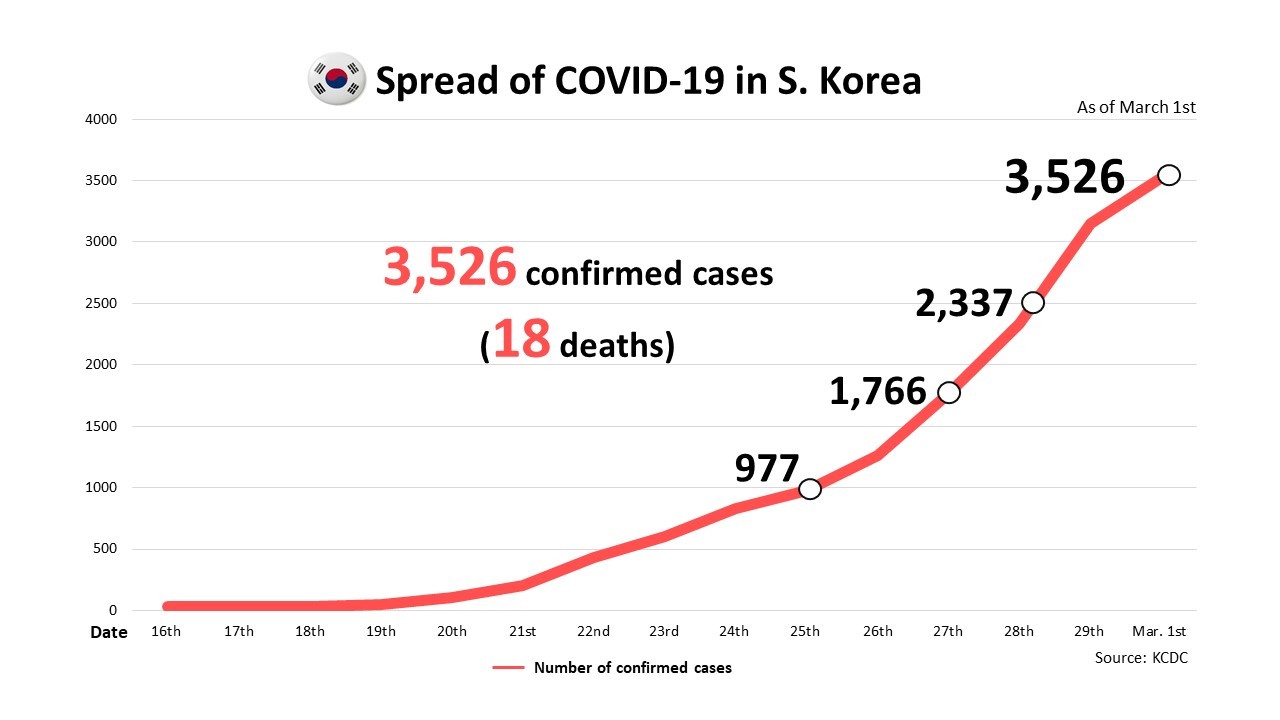 The number of confirmed cases in South Korea is expected to jump in the coming days as health authorities have begun testing more than 210,000 members of the Shincheonji Church of Jesus at the center of the rapid spread in other provinces.

Health authorities suspect that more than half of the country's virus cases are linked with Shincheonji, a home-grown religious sect.

As of Sunday morning, South Korea is carrying out tests on 32,422 people nationwide, while 61,037 people have tested negative in total.

The number of patients cured of the disease increased by two to 30.

South Korea confirmed its first new coronavirus case on Jan. 20 when a Chinese woman from Wuhan, the epicenter of the virus outbreak, tested positive for the virus. (Yonhap)