29 dead in fire at building in Jecheon

At least 29 people were killed and 26 were injured in a fire that engulfed a commercial building in Jecheon, North Chungcheong Province, on Thursday afternoon, firefighters said.

They said the fire started from a vehicle in the basement parking lot of the eight-story building that houses several leisure facilities, inclduing a fitness club, sauna, restaurants and an indoor golf practice facility, in the city,  about 170 kilometers southeast of Seoul.

Most of the victims were found in the public sauna on the second and third floor, the authorities said.

It was not still known the cause of the deadly fire.  About 20 fire engines and trucks as well as 50 firefighters were sent to scene, according to news reports. 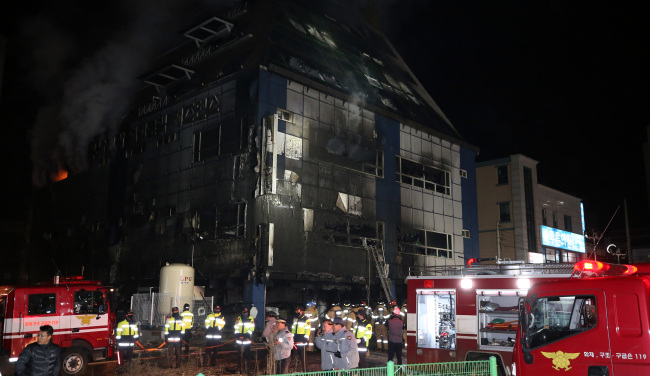