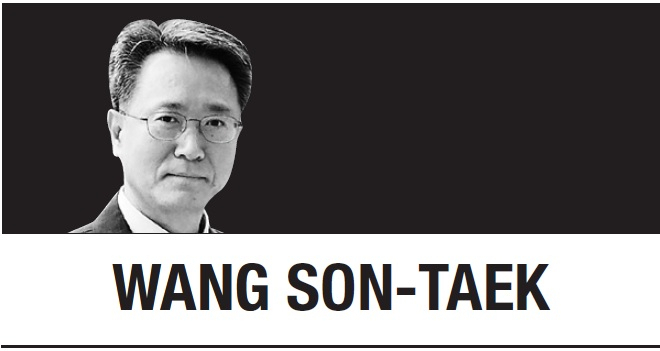 President Yoon Suk Yeol’s recent visit to the United Arab Emirates achieved a huge result. It was one of the best results from a state visit, with Korea gaining $30 billion in investment commitments from the UAE. However, there is little discussion about this achievement in Korea. Instead, there is a backlash over diplomatic conflicts with Iran over President Yoon’s “Iran enemy” remarks. They came during a visit to South Korean military units dispatched to the UAE on Jan. 16. During a visit to the Akh unit, Yoon said South Korea and the UAE are brothers, and that the “enemy and biggest threat” to the UAE is Iran, akin to how South Korea’s enemy is North Korea. Iran reacted strongly. A diplomatic crisis erupted as Iran strongly expressed its displeasure through statements and remarks by a Foreign Ministry spokesperson. This situation is serious and still ongoing, but it might be meaningful if it serves as an opportunity to rethink the basics of diplomacy. So, what is the basis of diplomacy? Let me pick three elements: prudence, national strength and public opinion.

The most important one of the iron rules of diplomacy is prudence. Since diplomacy is an effort to avoid war and find ways for different countries to coexist, consideration and respect for each other are essential conditions. Careful behavior is an absolute virtue in the process of caring for other countries that we cannot control. If you negotiate only in your own way and ignore the other country’s way, there is no possibility that the dialogue will proceed properly and you cannot get a positive agreement.

Diplomacy would be much easier if it dealt with only one party in a negotiating room. However, diplomacy is difficult because reality is not easy. Good diplomacy should also take account of invisible parties including the third countries. If you focus only on getting the consent of your negotiating partner and unnecessarily criticize the other invisible party, you will incur a backlash from that party and cannot avoid greater losses. Therefore, it is not smart to openly talk about relations with third countries while negotiating with any country.

As diplomacy is a complex game that requires consideration of not only visible negotiators but also other invisible countries, the best way to respond carefully is to talk and move according to the prepared scenario. If there is a diplomat who spontaneously negotiates without a scenario while showing off colorful skills, he or she will be considered reckless and dangerous.

Another iron rule in diplomacy is that national power must be strong. National strength is the foundation of diplomacy. The most important pillars of national power are, of course, economic and military power. However, in order to carry out successful diplomatic negotiations, both cultural and diplomatic capabilities must remain at the top level. The most important of the diplomatic competencies is the ability to prepare the best negotiation scenario. To do so, there must be foreign policy experts who can understand the international situation and domestic politics at the same time and create optimal negotiation scenarios by crossing the realm of politics and policies.

The third iron rule is that the people are the judges of diplomacy. If you want to get an evaluation on your success in diplomacy, the cooperation of the people — especially the opposition party, the media and state elders — is necessary. No matter how well the president performs abroad, if the opposition parties disagree, it will only be controversial. Mistakes will be criticized as they are. But, even if they are successful, there is no possibility that the opposition party will welcome these successes. Neglecting efforts to seek the opposition’s cooperation is setting yourself up for diplomatic failure.

Even if the opposition party does not cooperate, if the media reports properly, the president’s diplomatic achievements can be conveyed to the public. However, if journalists do not know the process and the meaning of achieving diplomatic results, it is impossible to see proper reports. Without proper reports, there is no possibility of getting recognition from the people on diplomatic successes.

There is another group that can meaningfully praise the president’s diplomacy together with the opposition and the media. That group could be called the state elders. Meeting with former ministers, former political party leaders and leaders from religious groups to explain the progress of diplomacy and listen to their good advice must be a very positive factor in the president’s diplomacy. Listening to the advice of state elders is not only important, but also effective in that it shows the public that the government is trying to explain foreign policies to the people.

The most urgent task regarding the “Iran enemy” remarks at this moment is to deal with the situation and reduce losses to a minimum. At the same time, I hope that this incident will be a reminder of the basics of diplomacy and to strengthen diplomatic capabilities. I hope that it’s evaluated as an inflection point that turns misfortune into a blessing.

Wang Son-taek is a director for the Global Policy Center at Han Pyeong Peace Institute. He was a former diplomatic correspondent at YTN and former research associate at Yeosijae. The views expressed here are his own. — Ed.