Despite efforts to renew itself, ceremony remains lackluster, chaotic 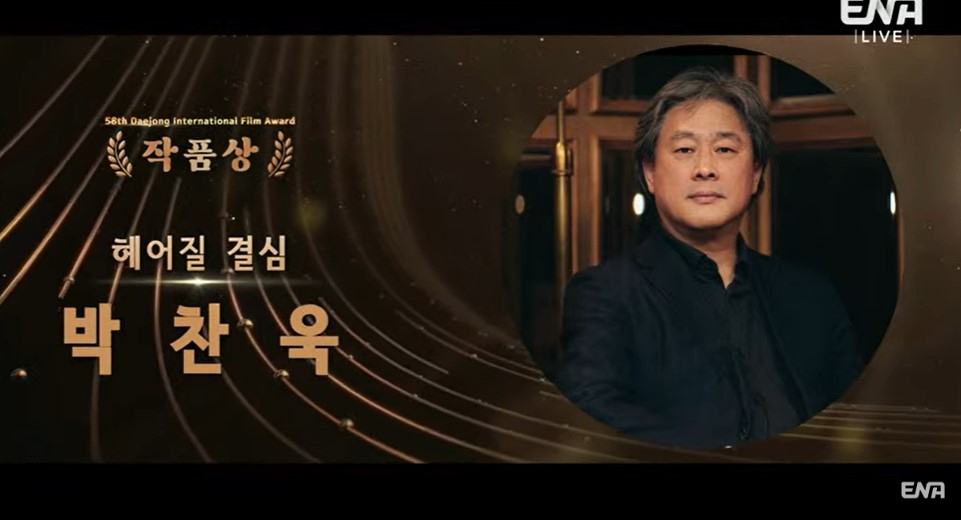 In an attempt to bring it back to its former glory, the 58th Daejong Film Awards was held Friday in Seoul in a smaller scale with only a few actors in attendance.

Park, who is currently working on his next project abroad, delivered his acceptance speech via a voice recording, and extended his appreciation to his team and actors Park Hae-il and Tang Wei who played Hae-jun and Seo-rae.

“Personally as an actor, the biggest motivation (for a film) was curiosity. I will continue to move forward without losing curiosity, even though I may fail,” Park said as he accepted the award.

The best female actor award went to Yeom Jung-ah of the musical film “Life is Beautiful.”

Once regarded as the country’s top awards in cinema, the Daejong Film Awards has struggled to recover from a bout of controversies, such as unfair selection of winners and poor event organization.

For a complete overhaul, the awards organizer this year sought to start afresh, inviting YouTube creators and TikTok stars to the event as presenters, but the majority of the public saw their attendance as irrelevant.