'For fans, by fans,' comic book lovers thrilled by even a small gesture from Spider-Man cosplayer

The offline festival returned after a two-year hiatus as South Korea continues to remove its COVID-19 social distancing restrictions.

The huge crowds of masked attendees, the din of camera shutter sounds and the huge lines in front of booths proved that the long-anticipated return of this event has been well-received.

”I waited two long years for this day. I am really happy to see the return of Seoul Popcon. I took many photographs with cosplayers and Marvel characters,“ Lee Jong-hoon, a 23-year-old university student, told The Korea Herald on Thursday.

Lee and his friends said that they bought 4-day passes to enjoy the full range of attractions at Seoul Popcon, from drama showcases to indie game previews.

Under the slogan ”For Fans, By Fans!“ the offline event featured comic and gaming giants such as DC, Sega, Nintendo of Korea and more. A total of 145 companies from various industries, including comics, films, drama, animation, games, streaming platforms and more, have come together to offer an exciting collection of pop culture attractions.

Thursday’s opening day event had a drawing show featuring renowned illustrator Lee In-hyuk, who made his name working with Marvel and DC. That was followed by the talks from Lee Byeong-heon of ”Extreme Job“ (2019) and renowned musical director Kollen Park. 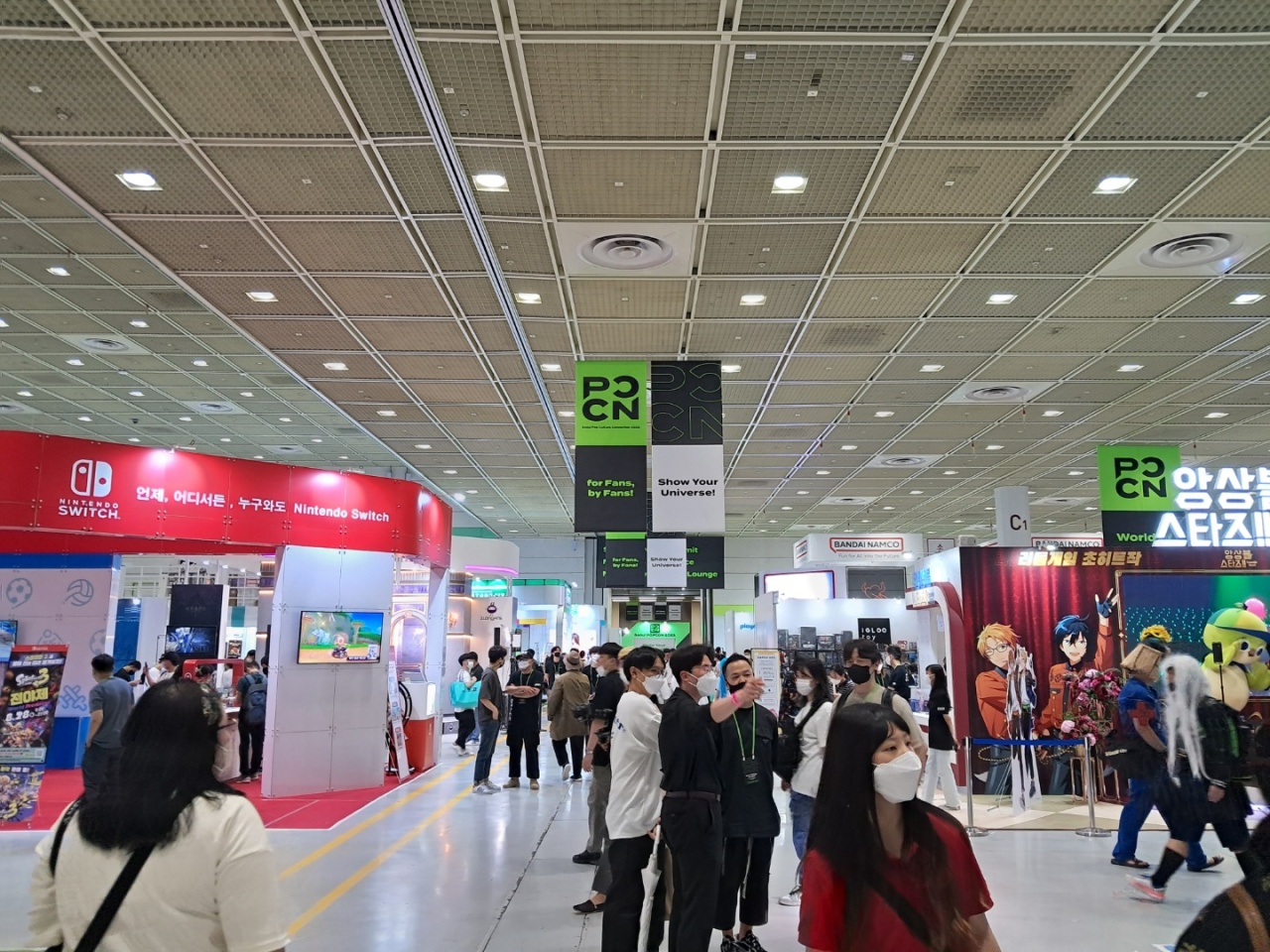 Korean streaming operator Wavve is set to hold a showcase of its upcoming drama ”Desperate Mr. X“ on Saturday, followed by a second talk with Ross Butler, webtoon artists Joo Dong-geun of ”All of Us Are Dead“ and Oh Seong-dae of ”Tales of the Unusual.“

”I am looking forward to meeting my favorite webtoon artist Joo Dong-geun on the third day of this year’s festival. It will be epic!“ a guitarist surnamed Hwang, 32, revealed.

”We hope Seoul Popcon can break all the geographical boundaries and present the unlimited possibilities of culture. I want the festival to become a globally popular cultural event,“ the Seoul Popcon official said.

Tickets can be booked online or in person at the festival site at Coex in Gangnam-gu, southern Seoul.