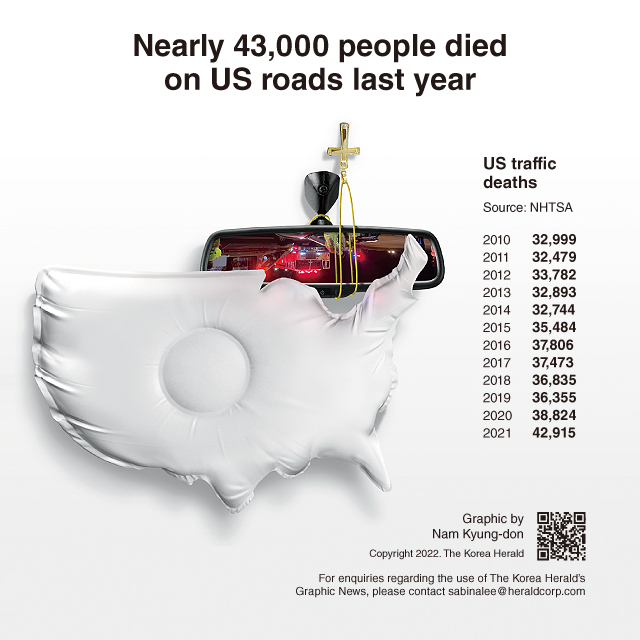 Nearly 43,000 people were killed on US roads last year, the highest number in 16 years as Americans returned to the roads after the coronavirus pandemic forced many to stay at home.

The 10.5 percent jump over 2020 numbers was the largest percentage increase since the National Highway Traffic Safety Administration began its fatality data collection system in 1975. Exacerbating the problem was a persistence of risky driving behaviors during the pandemic, such as speeding and less frequent use of seat belts, as people began to venture out more in 2021 for out-of-state and other road trips, analysts said.

Deaths last year increased in almost all types of crashes, NHTSA reported. Crashes occurring during out of state travel jumped 15 percent, compared to 2020, many of them on rural interstate roads or access roads off city highways. Fatalities in urban areas and deaths in multivehicle crashes each rose 16 percent. Pedestrian deaths were up 13 percent. (AP)