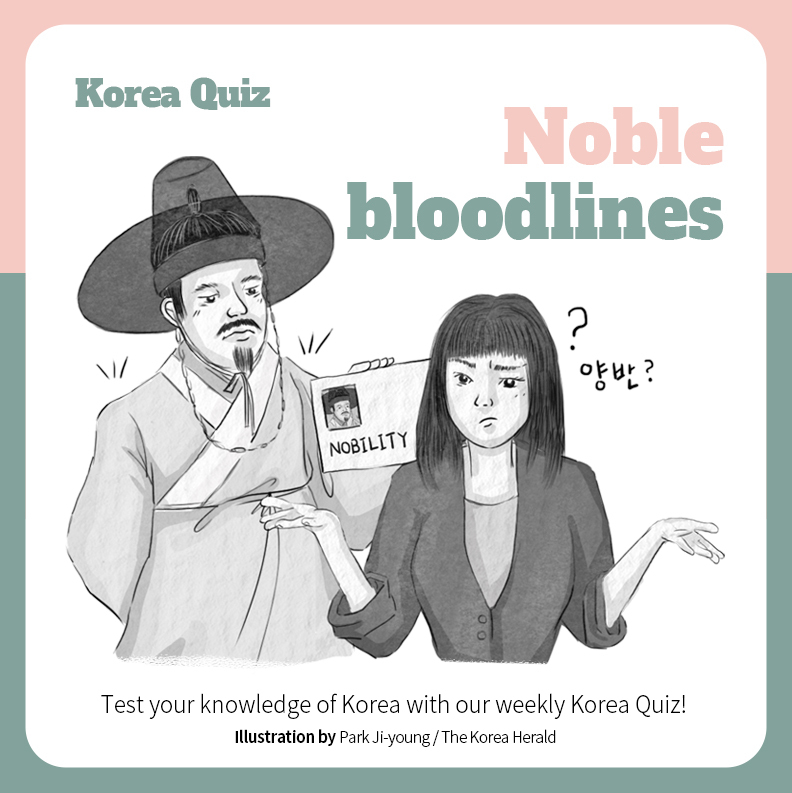 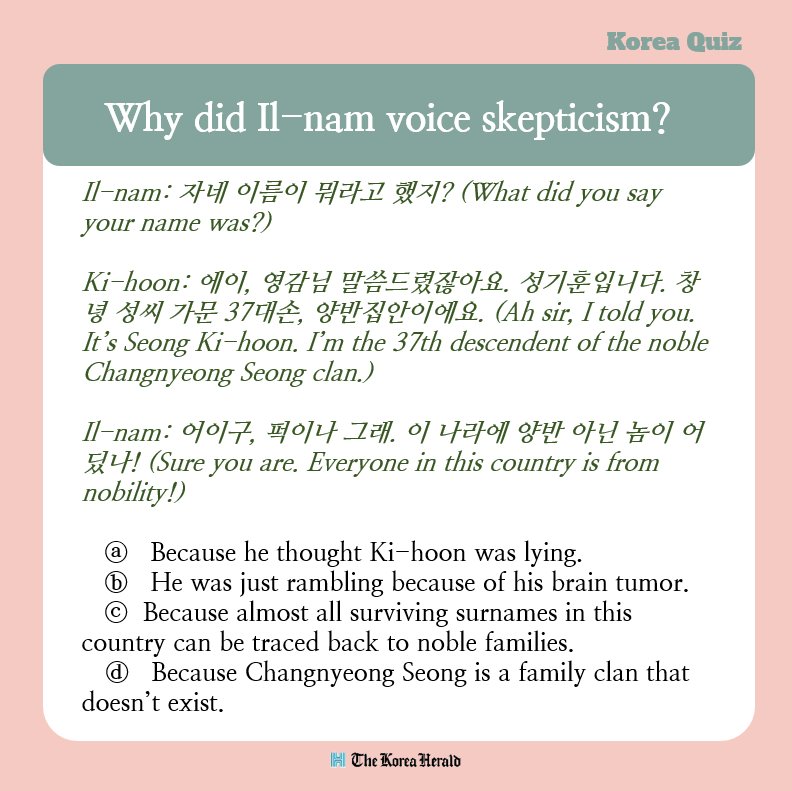 Like in other countries, there are family names in Korea that can be traced back to royal lineages or aristocrats, known as “yangban,” during the Joseon Dynasty (1392-1910).

For example, a person with the last name Kim originating from Gimhae is part of the Gimhae Kim clan. This person can theoretically be descended from the bloodline of the ancient Geumgwan Gaya Kingdom, a clan that was prominent throughout the nation’s history. Among the most well-known contemporaries of this clan are the late President Kim Dae-jung and the popular boy band EXO’s Xiumin and Chen -- whose real names are Kim Min-seok and Kim Jong-dae.

So did the ancient royal bloodline come to produce K-pop stars and presidents? Is Seong Ki-hoon a decedent of Joseon-era yangbans? This is actually a loaded question that comes with many explanations attached.

According to a 2015 survey by Statistics Korea, there are 4.45 million people with the Gimhae Kim surname, which accounted for roughly 9 percent of the country’s then-population and more than half the number of all Kims. Even considering the fact that the clan is nearly 2,000 years old, the number is a bit excessive.

This may be because during the Joseon era, millions of the population – namely commoners and slaves -- were incorporated into existing clans through various ways. Last names were something for the yangban class, and most of Koreans with humble origins at that time did not have one.

Many Korean families now have documents detailing their family genealogy, called “jokbo,” as proof of their noble heritage. But even this could have been tampered with. Mid- to late- Joseon saw a rise in a custom where many wealthy non-yangbans paid prestigious families to be incorporated into their clans.

Another custom of the government issuing “gongmyeongcheop,” a certificate of appointment with a blank receiver, led to a surge in new yangban families. Wars and colonization during the country’s history also made it difficult to sustain a coherent record of family genealogies.

Social changes and reforms in the late Joseon dynasty that saw the end of the class system resulted in everyone in the population getting surnames. Several newly-freed slaves adopted the surnames of their masters.

As such, there are very few families in the nation today whose heritage can’t be traced back to prestigious bloodlines. Over one-fifth of the population are Kims, and it is hard to identify exactly if a particular Kim’s ancestor was a nobleman, a slave or some wealthy commoner who wanted a fancy family name to boast about.