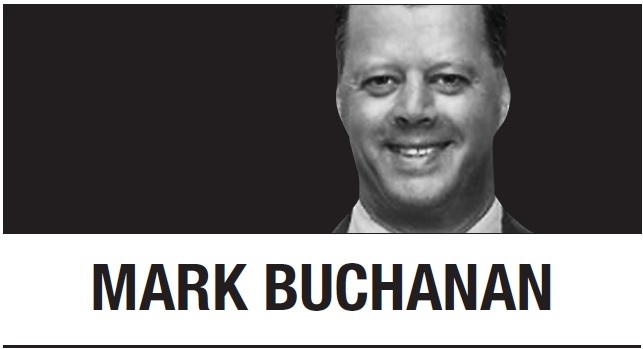 The fight against global warming is rapidly moving into the courtrooms. In the past few years, in landmark cases in the Netherlands, Germany and France, courts have agreed that state and corporate entities have a duty to reduce greenhouse gas emissions, and demanded they adopt more aggressive policies. A Dutch court, for example, ordered the government to reduce emissions to 25 percent below 1990s levels, forcing it to go beyond its proposed goal of 17 percent.

These rulings mark an encouraging shift. Over the decades, plaintiffs have brought -- and lost -- more than a thousand major cases accusing governments and private companies of causing specific damages through climate emissions.

One reason this dismal record may be changing is that plaintiffs are making more persuasive arguments. But they could be doing even better. According to a recent study of arguments put forth in 73 recent or ongoing cases, plaintiffs are generally failing to use the up-to-date science capable of linking climate emissions to direct harmful consequences.

“Attribution” -- the term scientists use to describe the evidence linking human behavior to global warming -- isn’t as easy as it might seem. Proving that some flood or storm damage is due to climate change, and not just a freak event of normal weather, means showing that such an event would have been much more unlikely in a world in which climate change wasn’t happening. To do that, scientists have to rely on a good statistical understanding of the normal climate system and weather -- if warming weren’t happening -- and make a clear distinction from what is actually happening now.

Collecting that historical data and building those scientific models has been difficult. But researchers have persisted. In 2018, a summer heat wave in Northern Europe brought average temperatures more than 5 degrees Celsius higher than the recent historical norm. Detailed studies of this event based on available data and atmospheric modeling eventually concluded that such an event was roughly 100 times more likely than it would have been in the absence of climate change. In a realistic statistical sense, climate change caused it, as well as the damage following from it, which included many hundreds of excess deaths caused by extreme temperatures in Sweden, Finland and Denmark.

The science for making such causal links has matured in the past decade due to concerted efforts of groups such as the World Weather Attribution organization, created by scientists who have developed exhaustive methods for determining which events are and aren’t good candidates for realistic attribution. It’s unfortunate that, so far, the activists bringing climate cases don’t seem to be keeping up with the science.

In their study of recent cases, for example, Rupert Stuart-Smith of the Oxford Sustainable Law Program and colleagues found that plaintiffs in nearly 75 percent of the cases -- typically relating to damages from extreme temperatures or sea-level rise -- made no effort to demonstrate a clear causal link between the damage they experienced and defendants’ emissions. Instead, plaintiffs mostly hoped it would be enough if the court accepted the existence of a general link between climate emissions and increased risks for extreme events.

The better alternative, these researchers argue, would be to present specific evidence to link particular damages at one time and place to defendants’ actions. That may seem inherently difficult, as emissions come from so many sources, but attribution has developed statistical techniques to reliably estimate the portion of damage attributable to individual emitters. And such arguments are in spirit no different from arguments courts have long accepted in other areas -- for example, in cases determining partial liability for health consequences from tobacco smoke or asbestos. Such estimates see Exxon Mobil and Chevron as each having contributed more than 2 percent to the cumulative acidification of the oceans, with coal and cement producers in China accounting for more than 10 percent.

More specific arguments could make a big difference. A decade ago, courts that rejected climate-related lawsuits suggested that legitimate links could never be made between defendants’ emissions and plaintiffs’ injuries. That view was premature. The science has decisively moved on. Now, in many cases, such links can be made with high confidence.

It’s not surprising, perhaps, that legal experts haven‘t kept up with the latest science, which is getting stronger all the time. If activists and their legal teams begin employing better science, the legal battles could soon start tipping the other way, in which case courts might drive real change on emissions policies.


Mark Buchanan
Mark Buchanan, a physicist and science writer, is the author of “Forecast: What Physics, Meteorology and the Natural Sciences Can Teach Us About Economics.” He wrote this for Bloomberg. -- Ed.