[Dhondup T. Rekjong] Why is Dalai Lama quiet on China? 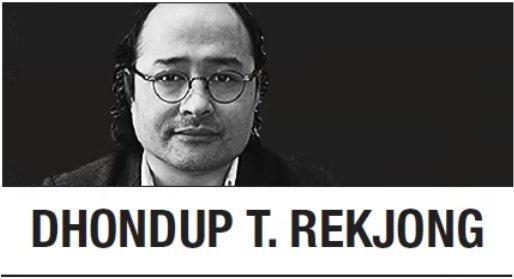 At 86, the Dalai Lama is beloved around the globe for his promotion of world peace, religious harmony and the need for climate action. But while the Western world protests China’s human rights abuses, the Dalai Lama is eerily quiet. The spiritual leader of Tibet remains hopeful for a better future for Tibet with China.

When the Dalai Lama was asked about the leadership of Chinese President Xi Jinping during a November talk organized by the Foreign Correspondents’ Club of Japan, he said, “I do not have any comments. China is changing.” When asked about the Winter Olympics, he skipped the question. He stressed that “as a simple Buddhist monk, I don’t want to be part of the political complication of China and Taiwan.” He expressed his desire to perform a pilgrimage to Mount Wutai in China and meet old friends in the military and politics. His hesitancy to criticize Xi’s government was most apparent. As critical voices grow toward China, why does the Dalai Lama abstain?

For more than 40 years, the Dalai Lama has sought to establish mutual ground with China to promote genuine autonomy for Tibetans.

This history can be traced to when the Dalai Lama escaped to India after China took over Tibet in the 1950s. In his first autobiography, published in exile when he was 26 years old, he declared, “We Tibetans still have no feeling of hatred for the great Chinese people, although their representatives in Tibet have treated us so barbarously.” However, in the early 1970s, he adopted the “Middle Way” approach, which prioritizes “genuine autonomy” for Tibet over independence.

In subsequent years, his Five Point Peace Plan in 1987, his Noble Peace Prize speech in 1989 and his US Congressional Gold Medal speech in 2007 reaffirmed his commitment to the Middle Way. As a result, Tibetan delegations visited China in the early 1980s and again in the 2000s, although they achieved far less than Tibetans had hoped for.

Offering a positive portrait of the Chinese Panchen Lama was a major historical concession. What further compromises should the Dalai Lama make?

China still doesn’t take the Tibetan issue seriously. On Nov. 10, the spokesperson for China’s Ministry of Foreign Affairs said that “the door for dialogue is always open, but the dialogue should be about the Dalai Lama’s personal future, not about the Tibet issue.” This is an old line that China has repeated for decades. To Tibetans, it makes no sense. The Dalai Lama embodies Tibet. He is the only Dalai Lama who can transform the political fate of Tibet without much objection from Tibetans.

For the past several decades, Chinese leaders have been biding their time, waiting for his death. This strategy doesn’t have any political vision. International leaders should not be deluded by it, either. If Tibetan issues are not resolved before the Dalai Lama’s passing, relations between China and Tibet would likely fall into pandemonium. Having a Tibetan Dalai Lama and a Chinese Dalai Lama would make matters worse. I don’t think China or Tibetans want anything like the Western Schism -- the emergence of three rival popes -- that occurred in Europe centuries ago.

Given the Dalai Lama’s diplomatic silence over President Xi, the Winter Olympics and the Chinese control over Taiwan, he still seems to be hoping for a better future. However, he is getting old, and it is uncertain whether he can even travel to the Tibetan capital of Lhasa in future years because of his ill health. That is why even members of Congress urged President Joe Biden to visit the Dalai Lama in India if he is unable to travel.

If Chinese leaders refuse to negotiate with him or don’t have the courage to address the Tibetan issue now, there will not be any better opportunities in the future.

The Dalai Lama has never lost the compassion for China he voiced when he was 26. But he cannot wait forever.