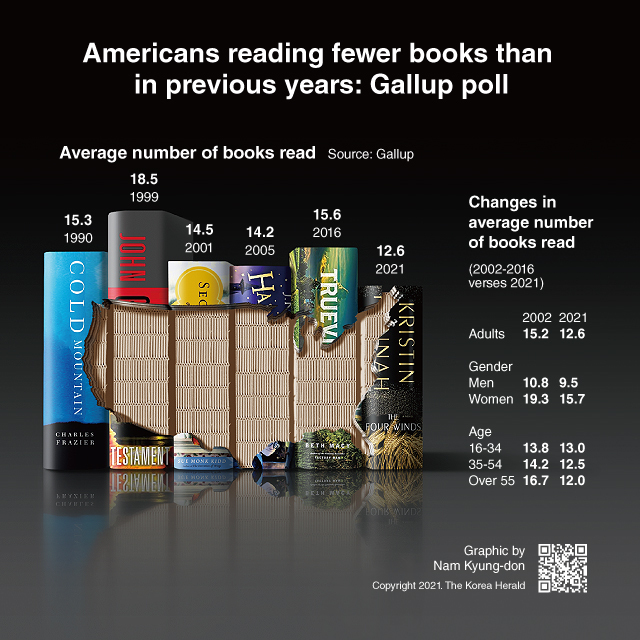 Americans read an average of 12.6 books during the past year, according to a new Gallup poll released.

That represents the lowest number of books read compared to any previous survey dating back to 1990, Gallup said. In three polls conducted between 2002 and 2016, Gallup surveys showed that Americans read an average of 15.2 books per year.

The results are based on a Dec. 1-16 poll of a random sample of 811 adults living in all 50 US states and the District of Columbia. The participants were asked how many books they “read - either all or part of the way through” in the past year - including electronic books and audiobooks.

The decline in book reading is mostly a function of how many books readers are consuming, rather than fewer Americans reading at all, Gallup said in a news release issued with the poll. (UPI)