‘Light: Works From the Tate Collection’ shows 110 works by 43 artists

By Park Yuna
Published : Jan 16, 2022 - 18:11       Updated : Jan 17, 2022 - 09:21
Light has been a popular subject in art explored throughout history, inspiring many artists particularly since the Age of Enlightenment started to dominate the world of ideas in the 17th century across Europe. Some significant works of art from the Tate in the UK that show how qualities of light have been interpreted across centuries have been brought together and on display in Seoul.

The exhibition, titled “Light: Works From the Tate Collection” at the Buk Seoul Museum of Art in Nowon-gu, northern Seoul, encompasses 110 works by 43 artists ranging from England in the 18th century to global art today.

The first session of the exhibition, “Spiritual and Sublime Light,” shows how artists presented light as religious subjects in the late 18th and early 19th centuries. This was when artists started to challenge the intense period of scientific, philosophical and technological activities in Europe known as the Age of Enlightenment. Among these artists was William Blake, also a romantic poet and printmaker. Blake’s “God Judging Adam” and “The Good and Evil Angels” are on display. 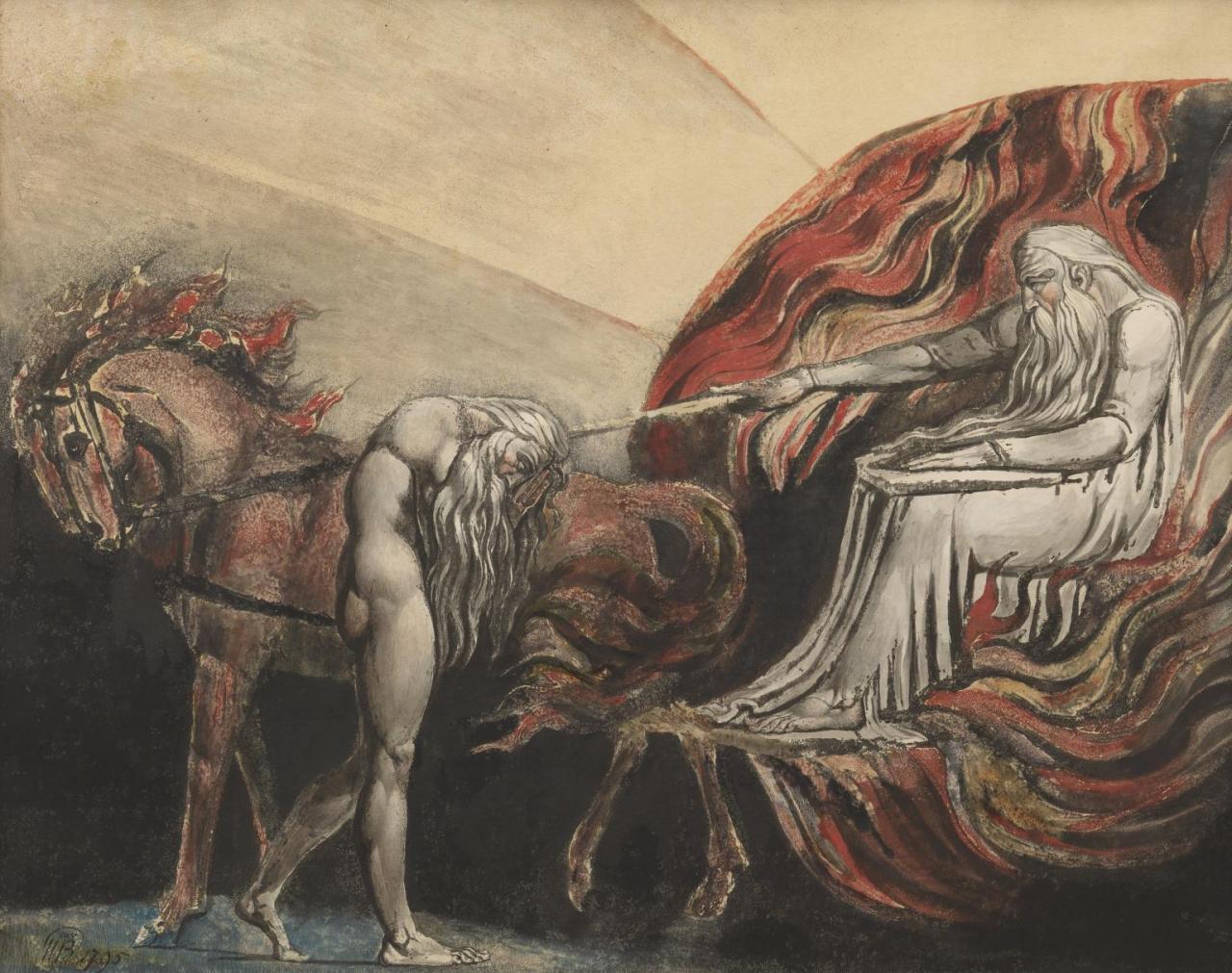 "God Judging Adam” by William Blake (SeMA)
Another room at the exhibition is solely dedicated to impressionists. British artists such as John Brett captured the effects and emotive qualities of light and later influenced impressionists in France including Claude Monet, Camille Pissarro and Alfred Sisley. Brett’s “The British Channel Seen From the Dorsetshire Cliffs” is shown as the representative painting of the time.

The exhibition leads to modern and contemporary works, including those by American artist James Turrell, who works directly with light and space to create art that engages with atmospheric conditions. Having trained in perceptual psychology, he began experimenting with light as a pure medium in the mid-1960s. Another installation work, “Stardust Particle,” is a crystalline structure by Icelandic Danish artist Olafur Eliasson that changes its appearance depending on the lighting conditions and position of the viewer. 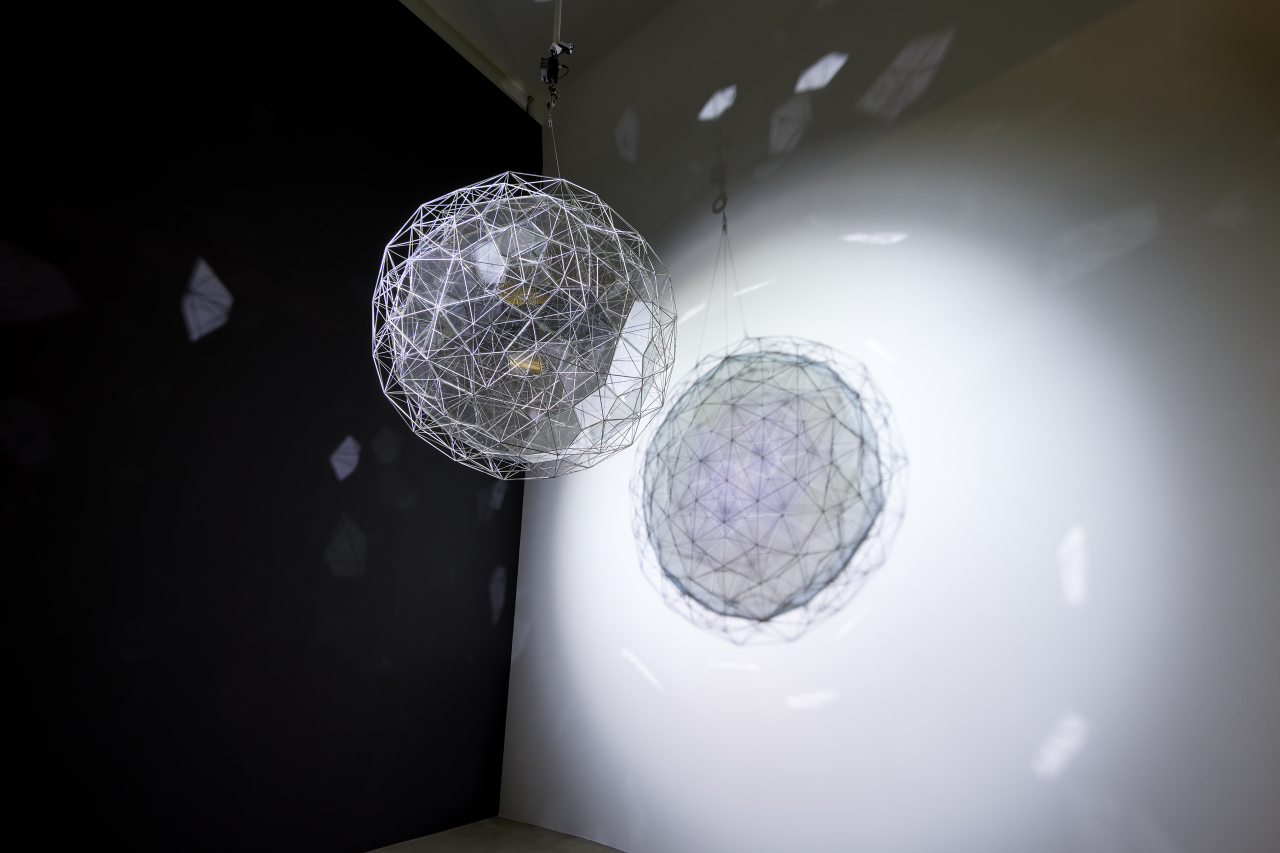 "Stardust Particle" by Olafur Eliasson (SeMA)
After being first introduced at the Museum of Art Pudong in Shanghai as the inaugural show last year, “Light: Works From the Tate Collection” opened in Seoul on Dec. 21.

Exclusive to Seoul, the exhibition features “Candle TV,” the iconic work by Korea-born video art founder Paik Nam-june (1932-2006) at its entrance. The artwork, which is part of the Nam June Paik Art Center’s collection, shows a single lit candle placed inside the shell of a vintage television as a metaphor of the beginning of a new civilization.

The exhibition runs through May 8 at the Buk Seoul Museum of Art. Tate is a network of four art galleries that host the United Kingdom’s national collection of British art as well as international modern and contemporary art. 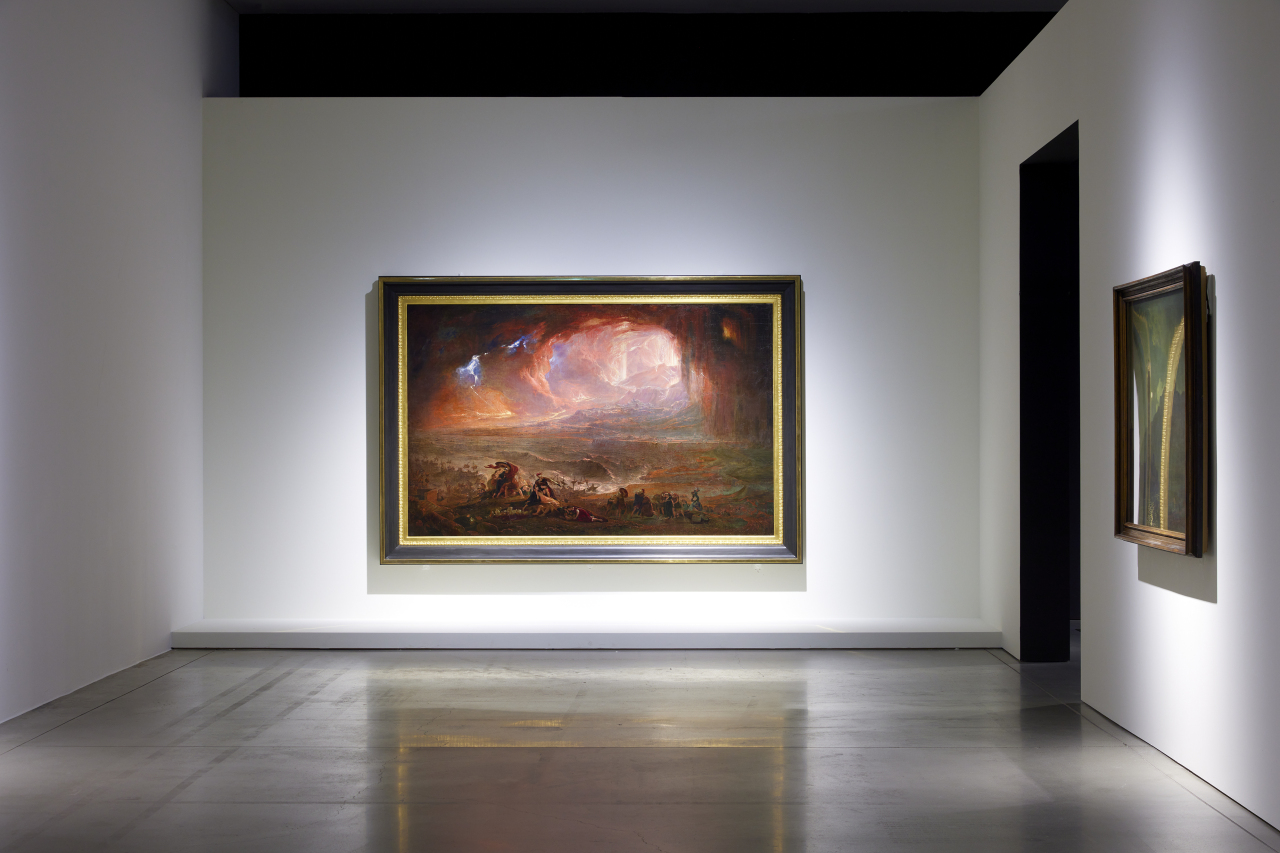 "The Destruction of Pompeii and Herculaneum" by John Martin (SeMA)