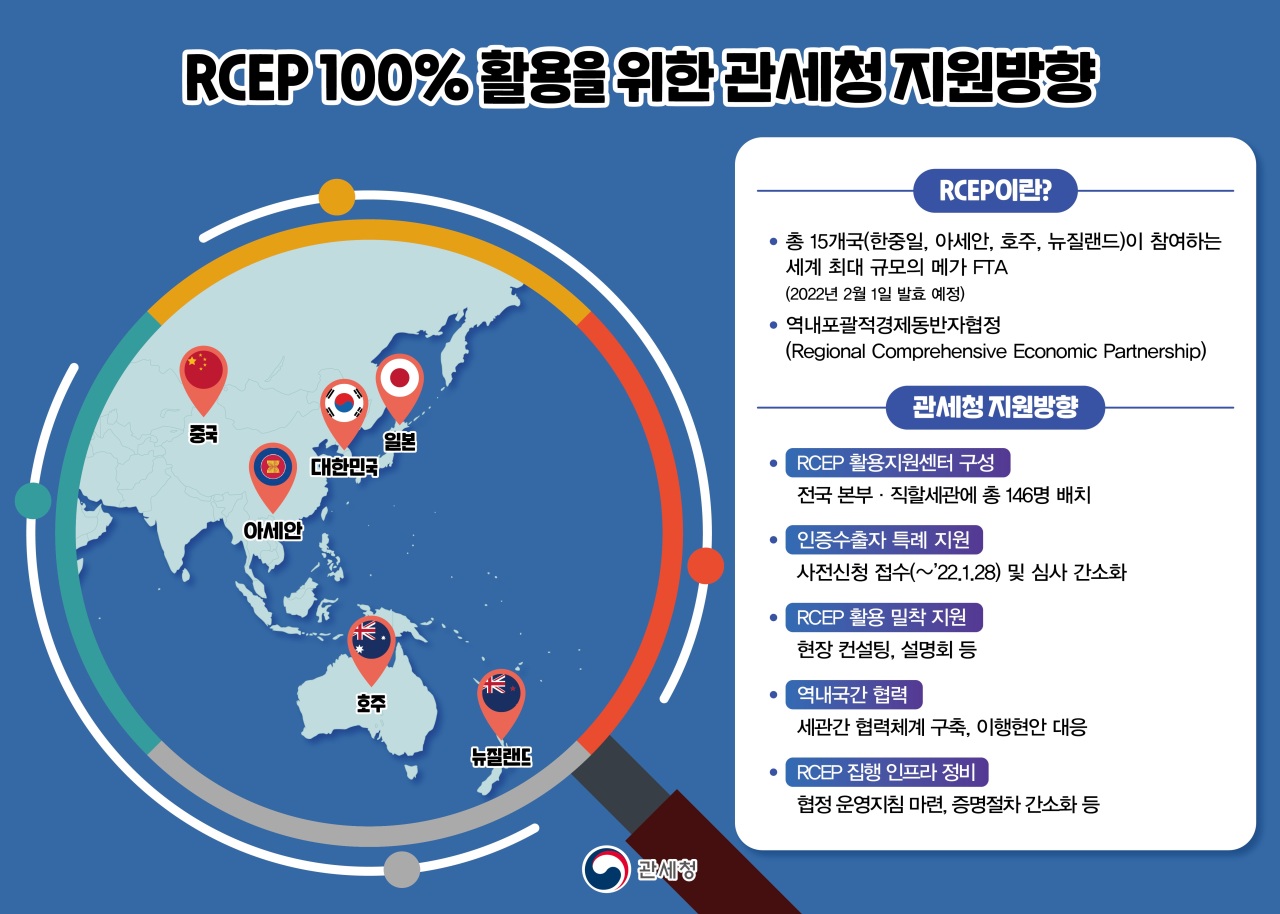 As the Regional Comprehensive Economic Partnership takes effect in February, the Korea Customs Service has come up with a set of measures to help exporters and importers make use of the world’s largest trade agreement among 15 Asia-Pacific nations.

Only exporters who have been certified by the KCS for having the ability to manage and prove their products’ country of origin can get certificates of origin under the RCEP. Therefore, the KCS has begun accepting applications for certification for quick screening.

The KCS will also set up RCEP support centers at customs offices in Incheon, Seoul, Busan, Daegu, Gwangju, and Pyeongtaek, Gyeonggi Province. At the centers, 146 personnel will provide consultations, briefings and conferences to assist local exporters and importers.

Exporters can get certificates of origin from the KCS’ FTA-PASS system, and obtain information such as the optimal tax rates and export-import customs rules for each member country of the RCEP at its official website (www.customs.go.kr/ftaportalkor/main.do).

The KCS said it will cooperate with Japan, which will be entering its first FTA with Korea under the RCEP, and have its customs attaches in China’s Beijing, Shanghai, Qingdao and Dalian, Japan, Thailand, Vietnam and Indonesia promptly deal with any disputes that may arise over the implementation of the RCEP.

“The RCEP is the world’s largest free trade agreement, and we hope our exporters use our support measures as an opportunity to maximize their profits,” KCS Commissioner Lim Jae-hyeon said.

The RCEP was signed by Australia, Brunei, Cambodia, China, Indonesia, Japan, South Korea, Laos, Malaysia, Myanmar, New Zealand, the Philippines, Singapore, Thailand and Vietnam which account for about 30 percent of the world’s population and 30 percent of global economic output.