[Dave Anderson] Truth is that US citizens are not polarized 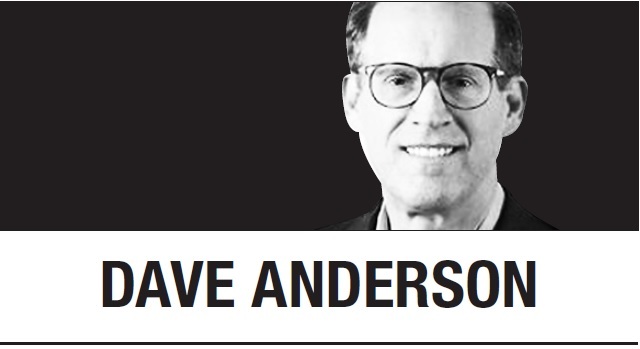 There are two problems with the conventional wisdom about polarization in American society. The first is that it mistakes widespread conflict with one master battle between conservatives and liberals. The second is that it overlooks a large percentage of Americans who do not identify with either the Democrats or the Republicans.

The result of these two mistakes is the ongoing, misleading narrative that the people of the United States are engaged in a red vs. blue war.

Consider the first mistake. There is no doubt that there is an enormous amount of conflict in the United States. After all, we have 330 million people, making us the third largest country by population in the world. We are, moreover, a very diverse country, with an increasingly large nonwhite population.

Experts say that by 2050 we will be a majority-minority country, where Hispanics, African Americans, Asian Americans and other non-Caucasian Americans will be the majority of the population. We also have considerable diversity from the standpoint of religion and class. We are the furthest thing from a homogeneous society.

The conflict between males and females may arise within individual families, where we still have a divorce rate in the range of 40 percent. But the conflicts within families hardly line up with political conflicts, as couples frequently belong to the same party: Couples in ghettos have conflicts, just as couples in the working class, middle class and upper class have conflicts.

Likewise, we have Americans who favor abortion rights but are strong Second Amendment advocates. Admittedly, you are more likely to find Republicans being pro-life and pro-gun and Democrats being pro-choice and pro-gun control, but many people do not fit neatly into either party.

The second mistake overlooks the 40 percent of Americans who identify as independents, according to a recent Gallup poll. They definitely do not line up with either party on all of the issues. They may be 50-50 or they may have views that are not clearly embraced by either party.

Pew has also reported since 2014 that the two parties have become more partisan but there is a group in the middle (as much as 40 percent of the public) that has “mixed views.”

If you review the mountains of data available from Gallup, Pew and other organizations that do polls and surveys, you will see that there is a massive amount of conflict in the country on policies, but there is also a large group of citizens who do not fit neatly on either side of many of the major conflicts. The parties are clearly very polarized, but the evidence shows that about 40 percent of the public is not polarized.

What is eminently clear is that there is a clear two-sided conflict in our national politics, where we have a 50-50 Senate and a near even split in the House of Representatives. Washington has little room for a middle position. Legislating, or not legislating, does require that you be on the red side or the blue side, recognizing that each side has its own factions.

The picture that emerges is one where everyone feels conflicted about many policy issues, but only about 60 percent of the country fits nicely on the red side or the blue side. Our conflicts therefore do not add up to a polarized country; they add up to a conflicted country in which well more than a third of the people do not have representation in Washington, which is extremely polarized. Surveys report that these Americans are less politically engaged, which is probably a result of having no one who will listen to them.

The upshot is that the media and politicians tell us that we have a divided society and those who identify with the Democrats or the Republicans believe what they hear. The 40 percent of Americans who do not identify with either of the two major parties, however, know that this national narrative is seriously mistaken.

There has been a great deal of necessary discussion about how our democratic institutions, especially the electoral process itself, are under threat. A problem that predates this threat to our democracy is the decadeslong deception about how polarized we are.

We‘re not. There just isn’t much motivation for either the media or the politicians, their staff and their consultants to speak to the 40 percent who are not a part of a red vs. blue war.


Dave Anderson
Dave Anderson has taught at five universities and ran for the Democratic nomination for a Maryland congressional seat in 2016. The Fulcrum is a nonprofit, nonpartisan news platform covering efforts to fix our governing systems. -- Ed.