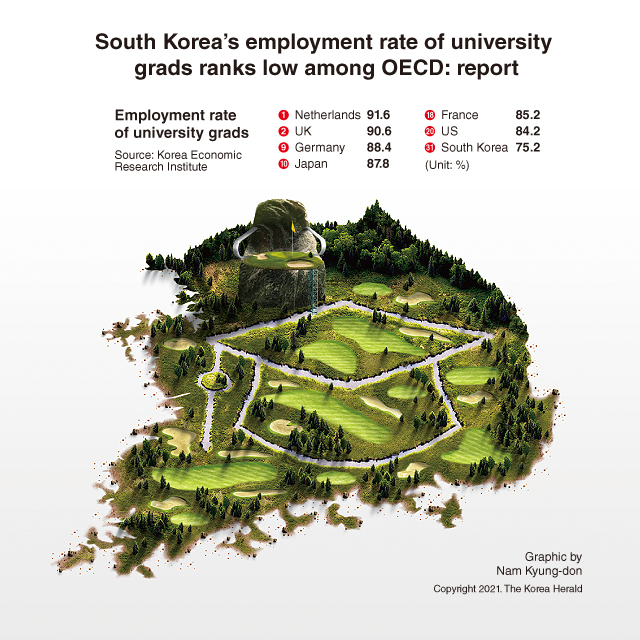 South Korea ranks low among members of the Organization for Economic Cooperation and Development in terms of the employment rate for university graduates due mainly to a severe mismatch between their majors and job openings, a report showed.

The employment rate for South Koreans aged 25-34 with university diplomas came to 75.2 percent in 2020, 31st lowest among 37 comparable OECD member countries, according to the report from the Korea Economic Research Institute.