[Song Jong-hwan] Freedom, is it automatic? 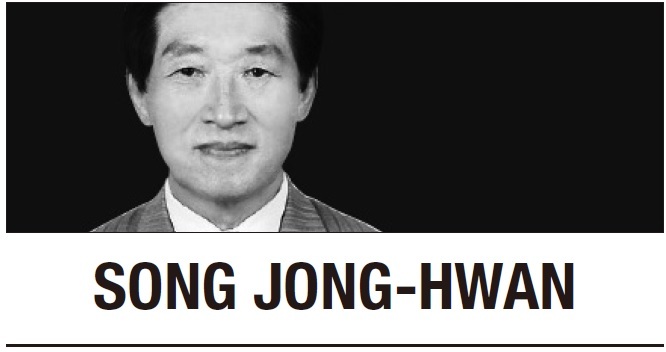 On March 23, 1775, American Founding Father Patrick Henry (1736-1799) famously declared, “Give me liberty, or give me death!” When this declaration spread to the world, it ceased belonging to just one person, and became truth. The liberty he claimed is an innate human right to think and act autonomously without external oppression or interference, and no political authority can deprive one of it.

The Liberty International Movie Festival which highlights liberty as its motif, exists today thanks to the hard work and dedication of director Kim Deog-young. In 2020, on the 70th anniversary of the Korean War that began with North Korea’s invasion of South Korea on June 25, 1950, Director Kim released a nonfiction documentary movie and book named “Kim Il Sung’s Children.” They tell the real-life story of how between the years of 1951 and 1959, Kim Il-sung, who caused the war, sent some 10,000 war orphans to five Soviet-allied Eastern European countries of Czechoslovakia, Poland, Hungary, Romania, and Bulgaria under Stalin-sponsored “Commissioned Education.” Then after the winds of freedom began to blow in Hungary in 1956 the war orphans were abruptly and forcibly repatriated to North Korea around 1959.

At the end of last year, like-minded people who were moved to action by this true story and the movie and book’s depiction, formed a promoters committee to hold the Liberty International Movie Festival in Korea, highlighting the themes of freedom and human rights. Subsequently, filmmakers from some 50 countries have submitted about 360 films to the festival, allowing the Liberty International Movie Festival to open on Nov. 22 at the Centennial Memorial Hall of the Korean Churches.

The words “Freedom is not free” are engraved on a granite wall at the Korean War Veterans Memorial in Washington, DC. If freedom has been given to the people of countries around the world, including Korea, it was at the price of the efforts, selflessness, and at times the ultimate sacrifice, of unknown thousands.

Finally, I, a member of the promoters committee, am deeply grateful and proud to be witness to this extraordinary festival, which was independently sponsored and participated in by individuals who strive to uphold the true values of freedom and human rights and believe in standing up against any forces whatsoever that try to diminish the dignity of our hard-won liberty.