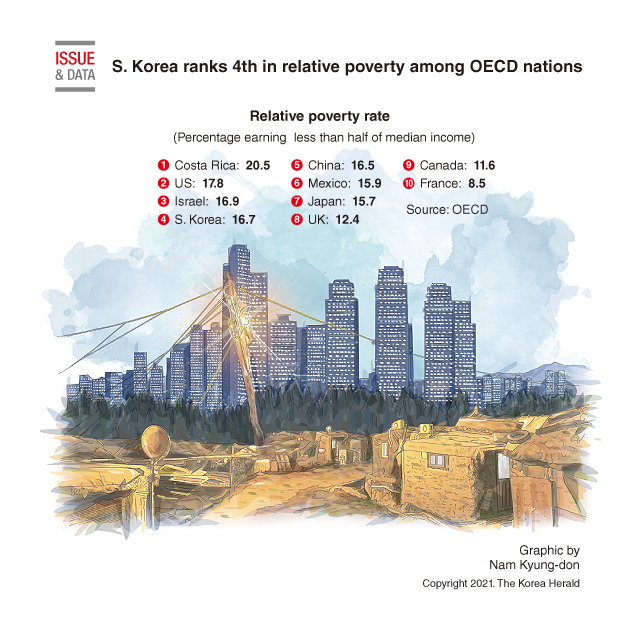 South Korea ranks fourth in relative poverty among major economies in the world, data showed, in a sign of its high income inequality.

The country‘s relative poverty rate, referring to the percentage of people with an income below 50 percent of the median income, came to 16.7 percent in 2018-19, according to the data from the Organization for Economic Cooperation and Development.

It is the fourth-highest rate among 37 member countries of the Paris-based club of rich nations. South Korea’s figure is 5.6 percentage points higher than the OECD average of 11.1 percent.

Costa Rica has the highest relative poverty rate of 20.5 percent, followed by the United States with 17.8 percent and Israel with 16.9 percent. (Yonhap)