By Choi Ji-won
Published : Nov 3, 2021 - 09:49       Updated : Nov 3, 2021 - 10:32
As the seasons change, so too does the ocean. The water is warm in the summer, wrapping around the body pleasantly as the waves gently slap the skin, while in the winter, the currents turn stronger, surging up and down below the high, gray skies as the abyss delves down unfathomably.

Singer-songwriter and producer oceanfromtheblue, initially going by the name Ocean, said his music is like the vast waters that change with the turn of the seasons.

“It’s the same ocean, but it exudes a whole different aura with the shift of time. I thought that was interesting and a lot like my music. I’m fundamentally the same person, but the music I make will evolve with the different seasons of my life,” he explained.

Oceanfromtheblue is one of those rare artists in South Korea who became known just by their musicality. His name never being mentioned beside a member of a popular K-pop idol group and having not appeared on a prime-time or reality TV show, the 28-year-old artist has built his career layer by layer.

The South Korean musician made himself known to international fans even ahead of his official debut, when he was still an amateur sharing unreleased music through SoundCloud.

“Back in 2016, when I was still using the name Ocean, YouTube channel ‘We Love K-pop’ that dug out good ‘K-indie’ music from SoundCloud posted two of my songs -- ‘Baby’ and ‘Wish.’ That hyped me among foreign fans. I was really lucky,” Ocean, a name the R&B musician still uses in short, told The Korea Herald in an exclusive interview in Seoul in October.

With that as a foundation, the artist built on his intimate relationship with fans ahead of debuting in 2018 with his first EP “Luv-fi (2018).” He made a smooth landing into the highly competitive K-pop music scene with the album, signing a contract with his current agency Nostalgia Music and also joining Warner Music Korea’s roster of singer-songwriters. 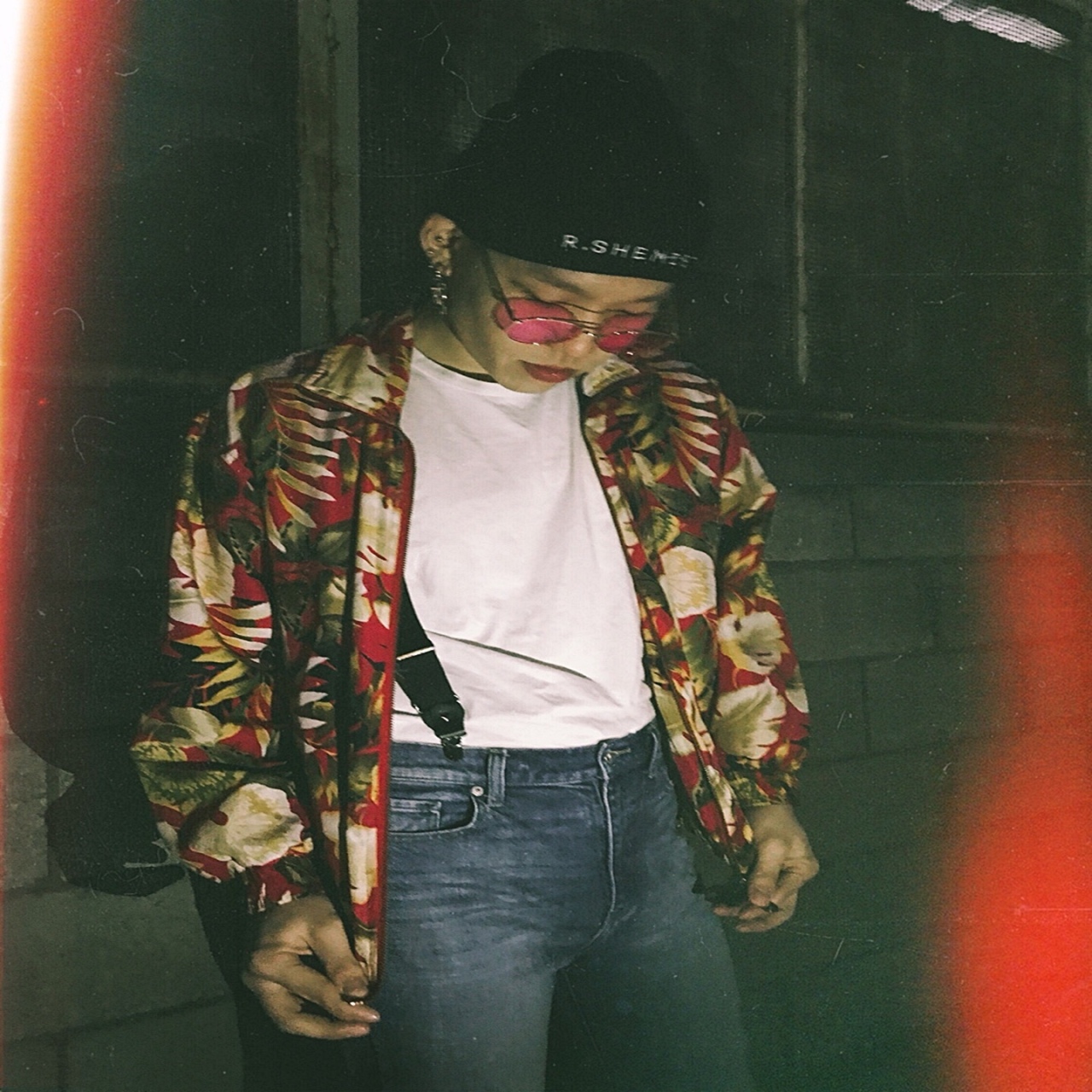 "Luv-fi (2018) (Image courtesy of the artist)
A musician of his own niche now, Ocean stands here thanks to his long perseverance, going against the expectations of those surrounding him and fighting his own self-doubt.

He started music with a small band in middle school. The band lasted through his childhood until the age of 20, when he became the only person left as the other bandmates all chose different career paths.

Although he himself started college with a completely irrelevant major, he continued to do music alone throughout his 20s, studying how to compose in the snippets of time he had in the Army and busking in public places from the streets to subway stations.

“I thought back then that I needed to do what I wanted to, even if that meant I’d live the rest of my life living off ramen,” Ocean recalled.

Ocean from the blue

Listening to Ocean’s songs, it feels like hearing him speak into one’s ears, with his voice so gentle yet his words so clear and firm. While he may be singing of the most complicated emotions, his words are simple, like jotting down his thoughts in a diary.

“I want to share emotions through my music,” he said. “I find it difficult to feign my feelings when I’m writing lyrics. It’s hard to act happy when I’m not. So my songs are a kind of manifestation of myself. When people say they empathize with me through my songs or were consoled by it, that’s when I feel I really connected with them.”

Defining himself “an innately blue person,” the process of songwriting itself is Ocean’s means of escaping the depressive state and a relief of the emotions tangled up inside him.

As much as the individual songs reflect his emotions, Ocean designs his albums meticulously to deliver himself through a coherent storyline. And looking back on his discography, one can easily trace the progression of his thoughts.

His July 2020 EP, “Take Off,” shows the artist’s urge to leave behind his depressive past. Through the nine tracks, he walks through the steps his younger self had taken. His nine-track EP “Message,” released a year later in July, is a compilation of messages for his closest people, including his parents, his late best friend and himself.

The most recent and unprecedented advance for Ocean came with latest album, “Forward,” which he released Sept. 29.

A singer-songwriter and producer who created nearly all his works alone, Ocean put the most recent production in the hands of another musician, DJ Fallens, whom he had just met for the first time.

“I used to insist on completing my songs with the least help from outside as possible, but for ‘Forward’ we had different beat makers for all the seven tracks, and all the feature artists I’d met for the first time then,” he explained.

For the album's lead track “Say Yes,” he teamed up with producer Unsinkable while singer and rapper unofficialboyy featured his voice and contributed to the lyrics. Singer-songwriter ROMderful took part as both lyricist and composer of “Purple,” while “Icy Girl” was produced in part by crew 8BallTown’s DJ Yunu and featured up-and-coming R&B singer SOLE.

Taking the name of the album, track “Forward” was produced mainly by Dejavu Group’s Viann, while Superfreak Records’ crew member Sailli took the helm of producing “Poison,” featured by rapper Don Malik. “Snow” was produced with the collaboration of singer Gyeong Je-hwan of the novice label Layered Island and Daul of Soap Records, while “PTSD” was composed by plusNone of Paktory Company.

Incorporating such a huge spectrum of new talents, the album boasts a sound profoundly differently from his previous work. While unfamiliar, Ocean said the process of making “Forward” was both musically and as a person “expanding his own pie,” which had opened him to possibilities that he’d never imagined himself in before.

“Since Fallens is a DJ, he’s really outgoing and knows the exact point at which people react to. I realized that I’d been sitting inside my own small box until now,” he said. “I literally went forward with the directions Fallens gave, and although I wasn’t used to working in such a process, every step of it pushed me beyond my boundaries.”

First full-length album: A journey set forth together

But Ocean was not alone in his recent journey forward.

With the start of the EP’s production around February this year, Ocean also embarked on making his long-anticipated first full-length album for which he invited 10 inexperienced songwriters. They were selected among people who had emailed him before asking for feedback and advice.

“They’re not experts and all have their own shortcomings. But they also have their own strengths through which we could complement each other. The 10 producers and I, we all made the dozen songs one by one together.”

For Ocean’s first time leading a group of songwriters, and perhaps the first time that any Korean musician had handpicked amateur producers from his inbox to make the first LP of his career, nothing was easy, but it was all the more worthwhile.

“I thought there would be less of the fun if I worked with people who already have a big career. They have their own pattern (of production), and I knew I’d be more absorbed into that routine rather than making something of my own. I wanted to assemble my own team of men with whom we could soldier through the process together.”

Holding a songwriters’ camp for his full-length album in the next room of the studio in which he worked with DJ Fallens, the two productions inevitably influenced each other.

“The source of inspiration and production skills I’ve picked up through working with Fallens, I applied on my full-length album, and the ideas that popped up while working on the LP, I used in shaping the EP. It was an endless cycle of working on the two albums on a daily basis, and I really put in my everything into the process. My health deteriorated and I feel burnt out right now, but it couldn’t have been more fun,” Ocean said.

Currently in the post-production stage, Ocean’s first full-length album is expected to be released early next year.

Leaving a voice record of life

His eyes always on the future, Ocean hopes to keep a piece of his past in his heart, as it is what defines his present and also from which his inspirations flourish.

His “Luv-fi” series is one such project that he plans to take along his journey to remember his past. Last year, paying tribute to his own debut, he dropped “Luv-fi (2020),” a prequel to his debut EP that draws on the emotions of Ocean as a teenager.

“I wanted at least one part of myself to stay the same, even with the passage of time. ‘Luv-fi’ was what introduced me to the public and it’s also what defines my signature sound -- a warm, soft feeling. I wanted to keep it with me, as it’s like my roots.” 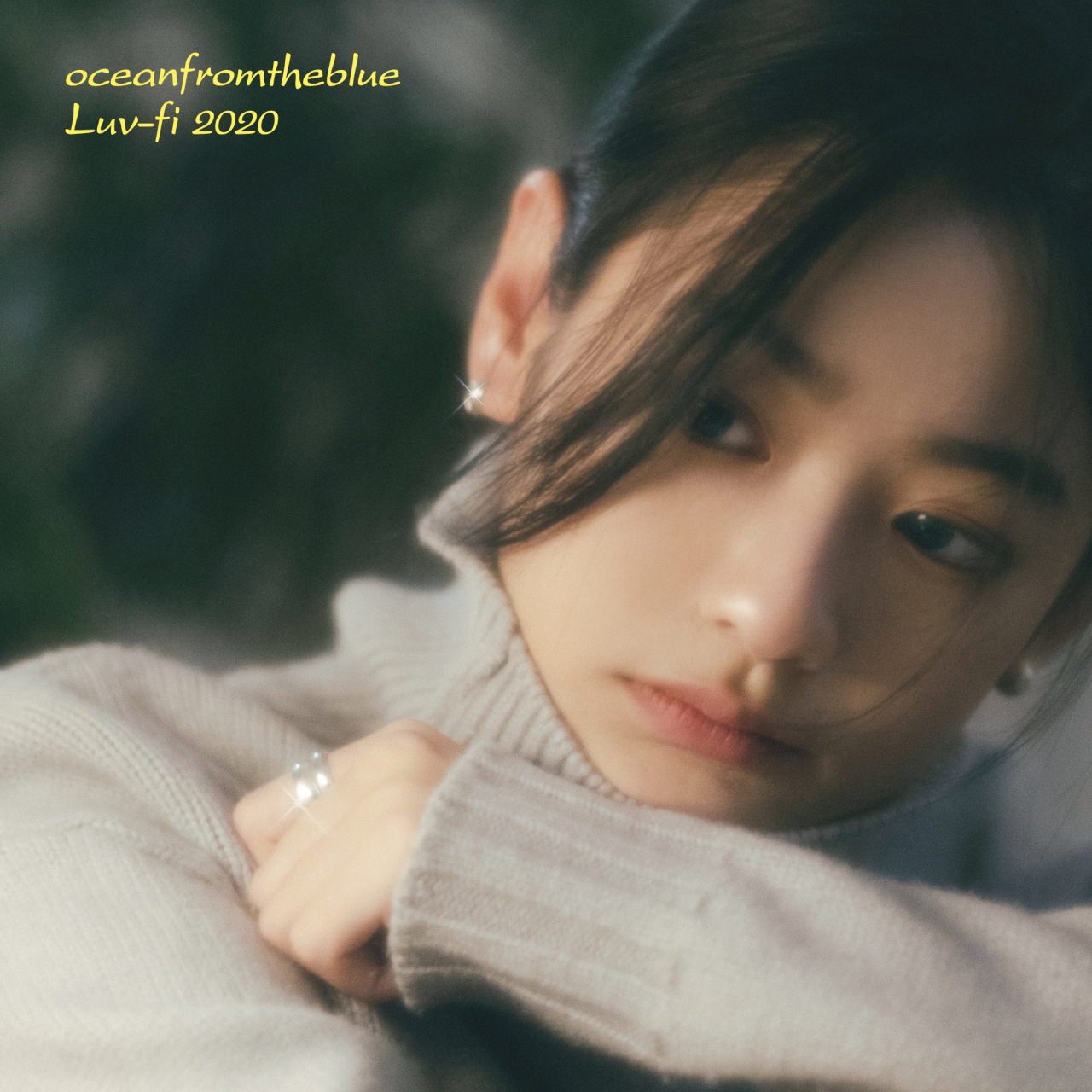 "Luv-fi (2020)" (Warner Music Korea)
For Ocean, his first studio album will mark a sort of turning point, wrapping up the first 30 years of his life.

“If ‘Forward’ had been about advancing ahead, with the LP I hope to show the world that ‘this is my voice,’” he said. “Until now, I’ve had the time to shape my values and I‘ve been waiting for the right moment and environment in which I could make my voice. I think I’m ready now.”

What Ocean plans to do after the album remains undecided, just as we never know how our life would actually turn out in the future. “I’m looking forward, but I don’t want to rush myself,” Ocean said.

“I want to do music that ages (with me). I want it to be humane, natural. So, when I reach my 50s and someone looks back on my discography, they could understand what kind of life I’d lived in my 20s, 30s and 40s, and how my thoughts had changed through my music. I suppose it’s like recording my life with my voice.”