By Yang Sung-jin
Published : Oct 18, 2021 - 18:06       Updated : Oct 18, 2021 - 18:06
Windows 11, released on Oct. 5 worldwide, is expected to offer a fresh round of changes for South Korean computer users, global PC makers and distributors, but a mix of unpredictable factors such as COVID-19, the chip shortage and the launch of compatible devices could affect how the new operating system will be received in the coming months.

On major online communities here, users continue to share their experiences of Microsoft’s new operating system that comes with an overhauled user interface, a redesigned Start menu and other features. Some users have expressed that the new system is largely better than the widely used Windows 10, but others have pointed out a wide range of technical issues.

“One of the biggest problems I faced is that I couldn’t connect an external memory card to my PC,” said a user on online forum Clien. “I tried to identify the cause and browsed related posts, and it turned out that there was an issue with the compatibility of drivers.”

Another user complained that KakaoTalk suddenly stopped working after installing Windows 11. Other technical issues reported on the online forum include a discontinuation of Bluetooth connection that disabled the use of a wireless mouse and a slowdown in the speed of the internet under Windows 11 for no apparent reason.

Given that it is still in a very early stage and the number of users who have tried out the official edition of Windows 11 is fairly small, many of the reported glitches are likely to be fixed in forthcoming Windows updates. These issues are discouraging computer users from taking the leap in upgrading the operating system on their desktop or laptop computers.

The reluctance in upgrading the system is particularly strong among people working from home, as any fatal error could disrupt their work. While curious individuals may experiment with Windows 11, most Korean companies have yet to give a specific guideline about when their systems might be upgraded, as Windows upgrades for corporate computers tend to take far longer than for computers for personal use. 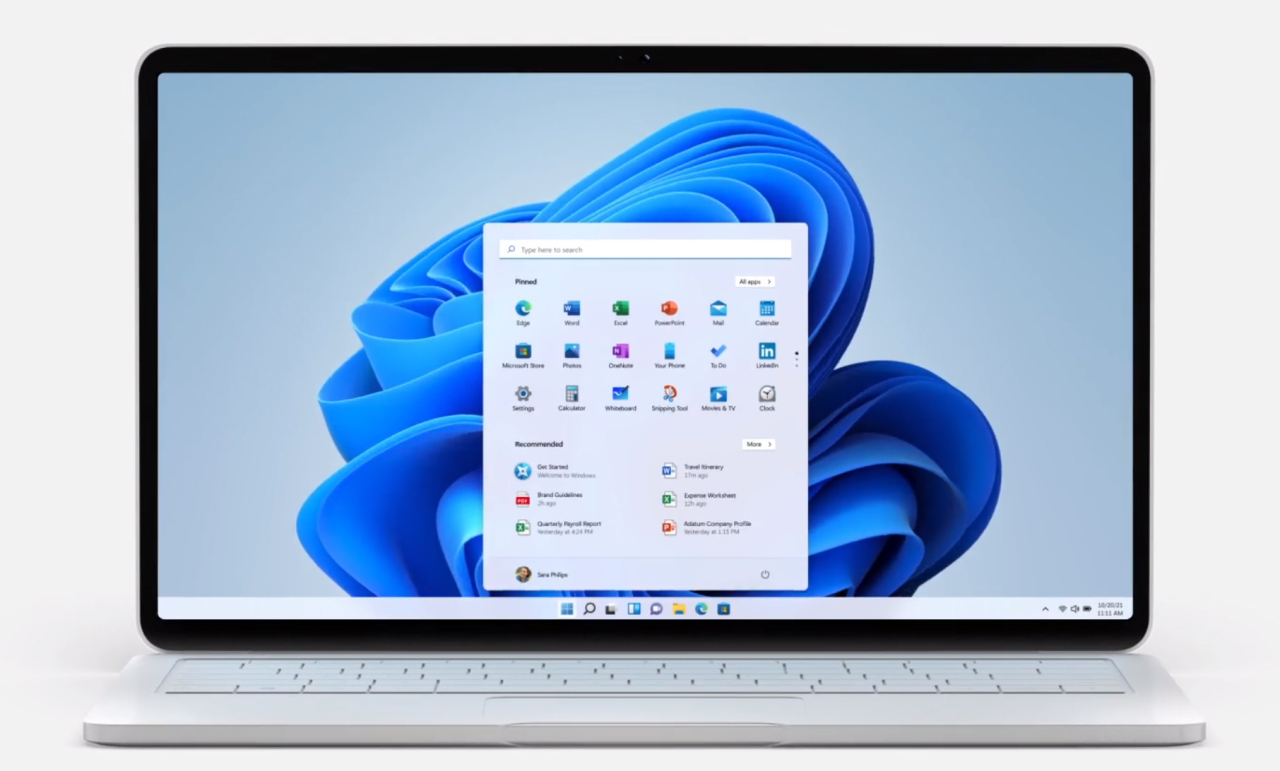 Another key reason for slow upgrades, even though it is free for Windows 10 users, is said to be Microsoft’s system requirements. Instead of an immediate upgrade, Microsoft encourages users to check whether their computers meet system requirements, and foreign media outlets have said in their reviews of Windows 11 that the requirements are unusually strict.

Regardless of usual reservations about an upgrade, the PC market is slowly shifting toward the next-generation operating system. Global PC manufacturers are preparing to launch a new lineup of Windows 11 computers in the coming months, while considering firmware and other software updates for Windows 10 users willing to opt for a new operating system.

The debut of Windows 11 is expected to provide a reason for users with old computers to consider buying a new one toward the end of the year or early next year, a crucial period for PC brands as well as chipmakers.

In the domestic custom-built desktop market, the share of computers equipped with Intel processors regained its leading position from its rival AMD in the third quarter. AMD’s move to change the production volume of some of its products in the second quarter is seen to be a factor behind the slower performance.

According to online tracking firm Danawa, the share of Intel processors stood at 51.8 percent in September, slightly higher than AMD’s 48.23 percent. Given that Intel and AMD were at 50.59 percent and 49.37 percent, respectively, in April, the latest monthly data suggests the processor market is returning to a level that might signal a fresh round of competition.

Some Korean users reportedly have held off upgrading their PCs in the first half, expecting that a new system should incorporate both Windows 11 and Intel’s upcoming 12th-generation x86 processor, codenamed “Alder Lake.” But this means the actual full adoption of both the new operating system and Intel’s Alder Lake processor in the market would take place from next year.

As the upgrade to Windows 11 generally requires better computing power and the latest hardware, how fast new computers from major PC makers will hit the market is also uncertain, especially considering the protracted chip shortage worldwide. 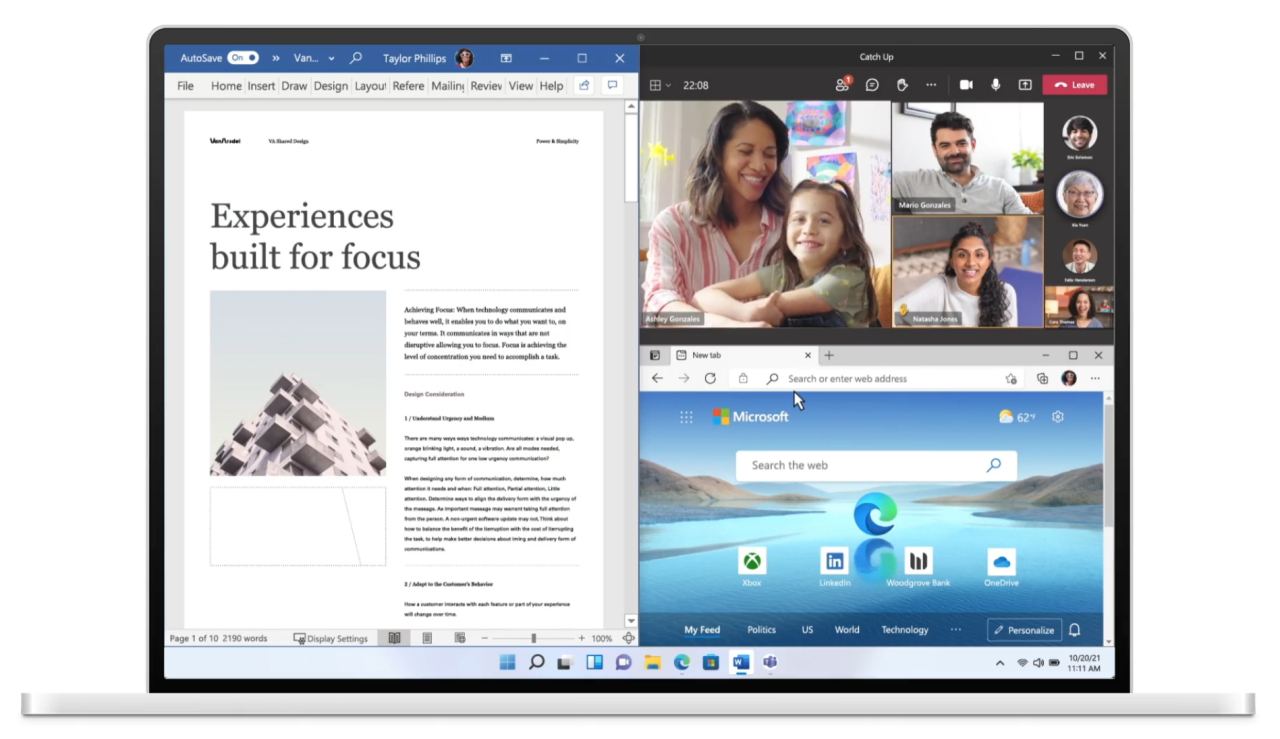 Nonetheless, global PC makers including Microsoft, HP and Lenovo have announced new models that will be compatible with Windows 11. But there is no information yet about when the new Windows 11-based models will roll out in Korea.

The majority of Korean individuals and corporate customers are still using Windows PCs and laptops, reflecting the firm grip of Microsoft on the operating system for computers in general. On the global market, however, things are changing slowly as Windows’ virtual dominance weakens.

According to tracking firm Statcounter, the Windows share, which stood at 91.1 percent in September 2011, had dropped by 15.7 percentage points to 75.4 percent in September this year. Apple’s Mac operating system, Google Chrome and Linux absorbed users who departed from Windows.

In particular, Apple emerged as a major destination for those who wanted to move to a new operating system. Apple’s Mac operating system carved out a 6.7 percent in September 2011. The figure jumped to 15.9 percent last month, thanks largely to a favorable response to its M1 chip-based computers, as opposed to Intel or AMD PC models.

The growing share of Apple’s operating system poses a challenge for not only Microsoft, but also global chipmakers and PC manufacturers including Intel, AMD, Samsung Electronics and LG Electronics.

Microsoft’s new operating system is set to shore up Windows-based PCs and the related hardware ecosystem at a time when mainstream users increasingly embrace more diverse devices, including tablet computers with a mobile user interface.