The works range from Warhol’s early self-portrait photos to his late pieces that reveal various facets of the artist. The highlight of the exhibition is Warhol’s iconic self-portrait that he created before his sudden death in 1987. With his ghostly pale face, Warhol scrutinizes the viewer as if to demonstrate his presence.

While the late self-portrait work is bold and daring, his earlier portrait work which was created in 1967 with acrylic paint and silkscreen ink, shows Warhol posing with his fingers touching his mouth as if wishing to show a persona that fits people’s expectation of the popular artist of the time.

In the 12 polaroid works, “Self-Portraits (1977-1986),” Warhol portrayed himself as both a man and a woman, directly addressing the question of identity. “If you want to know about Andy Warhol, just look at the surface of my paintings and films and me, and there I am. There’s nothing behind it,” Warhol once said, according to the Espace Louis Vuitton Seoul. 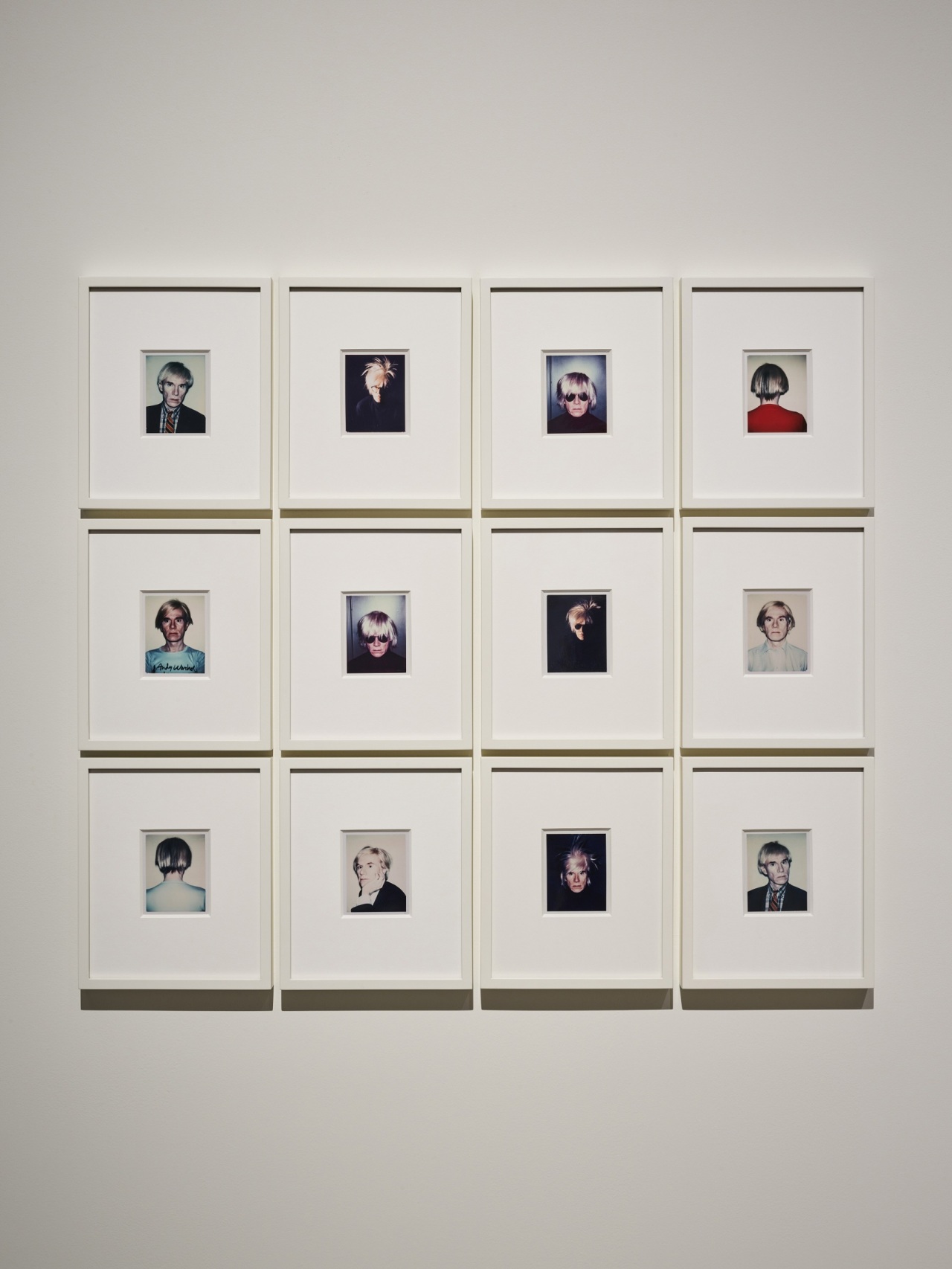 Warhol opened his production workshop – the Factory – in 1964, attracting artists, poets, actors, muses, musicians and collectors, which quickly became a landmark for the underground art scene and celebrities. He died in 1987 in New York at the age of 58.

Following the Alberto Giacometti and the Gerhard Richter shows, “Andy Warhol: Looking for Andy” is the third show featuring pieces from the French luxury brand’s collection. The Espaces Louis Vuitton, dedicated to exhibiting the foundation‘s collection of contemporary art and artists, are located in Munich, Venice, Beijing, Tokyo, Osaka and Seoul.

The exhibition “Andy Warhol: Looking for Andy” runs through Feb. 6, 2023 on a reservation basis.