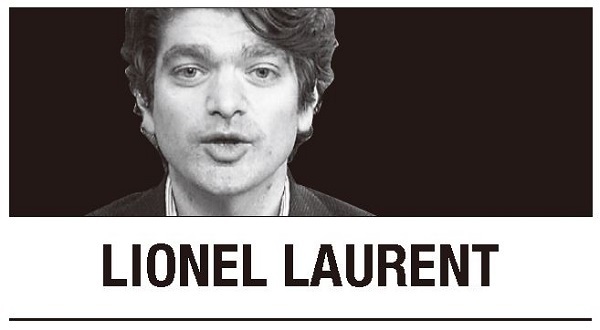 Success has many fathers, but failure is an orphan. European politicians are scrambling to pin the blame for a painful surge in wholesale energy prices on reliable punching bags -- the shift to cleaner power sources, the price of carbon, greedy utilities -- while conveniently missing the bigger picture of dependency on Russian gas and internal battles over what should count as “clean.”

France is using the opportunity to spread the gospel of nuclear power, which produces no greenhouse gas emissions, even though under Emmanuel Macron the sector is being cut back. Germany under Angela Merkel has begun to phase nuclear out completely, increasing reliance on gas as a result. Both have pushed behind the scenes to influence EU regulations in their favor. Central and Eastern European countries, meanwhile, have criticized Western states’ focus on renewables -- no doubt to Vladimir Putin’s delight.

These are hard trade-offs that lack easy fixes or “third way” alternatives. But if there’s one country that offers a glimpse at a more pragmatic way of doing things, it’s Finland.

The country has clear and ambitious climate targets: carbon neutrality by 2035, a phaseout of coal by 2030 and an increase in renewable energy reliance to about 50 percent of the overall mix. But it’s taken a realistic stance on how to get there, by accepting that demand for electricity isn’t going away, fossil fuels can’t be unplugged overnight and nuclear energy can help smooth the transition. The consensus-building approach along the way has resulted in the Finnish Greens, unlike peers elsewhere, abandoning their opposition to nuclear and being open to new plant projects.

This hasn’t always been plain sailing. The Greens quit Finland’s coalition government in 2014 over a Russia-funded nuclear plant. And the eye-watering cost and decadelong delay to its French-supplied reactor Olkiluoto-3, due to start next year, has led to resistance to large-scale plants.

But there’s clearly still a willingness to keep pursuing solutions -- such as small-scale, modular plants -- that reduce emissions and improve energy independence, and one felt more keenly in Finland than elsewhere.

“I think the mistake a lot of European countries made is to not keep in mind the benefits of a diverse energy portfolio,” Alexander Stubb, who was prime minister at the time the Greens quit, tells me.

Some of this was by necessity rather than by design. Like a lot of places, Finland can’t choose where it sits on the map: It shares a border with Russia, on which it relies for gas and fossil fuels, meaning energy security and diversity are high on its agenda. (Hence the term “Finlandization,” referring to the outsized influence of a large country on its neighbor.) And its high industrial demand has also put a premium on stability.

But a few things stand out in the Finnish experience. One is consensus-building, with a debate that’s been going on for decades involving stakeholders and representatives of a traditionally corporatist society. That’s gone hand in hand with practical innovation. While the Olkiluoto saga has been an expensive lesson in what can go wrong when chasing “next-generation” nuclear reactors, its solution to treating nuclear waste -- by burying it about 430 meters underground using sealed copper canisters -- required community buy-in and has drawn international praise.

Another aspect is Finland’s “mankala model”: These are limited-liability companies run like zero-profit cooperatives, bringing together corporations and energy providers to purchase, finance and share the output of projects, as Vincent Ialenti of the University of British Columbia puts it. The result is a solution “that has quite broad social legitimacy,” according to Atte Harjanne, a Green member of the Finnish parliament.

What makes Finland such a valuable case study is not about nuclear per se. Rather, it is as an example of “eco-pragmatism” -- a term used by Daniel Farber to describe practical responses to helplessness about the state of the environment, and the dogmas of right and left. The concept was taken up by environmentalists like Stewart Brand, who viewed nuclear as worth supporting because even with waste it was better than coal.

Contrast this with the experience of a country like Germany -- whose wind-down of nuclear means it relies on coal and lignite for 35 percent of its electricity mix -- or the UK, which pursued aggressive market competition among energy suppliers, piled into intermittent renewables and still relies primarily on natural gas. It has yet to take a decision on the future of its fleet of nuclear plants. When the dust settles on the current crisis, governments should take the opportunity to clarify their long-term climate goals and consider a different meaning of the term “Finlandization.”