SHENZHEN, China, Oct. 2, 2021 /PRNewswire/ -- Expo 2020 Dubai, the first world expo since the outbreak of the COVID-19 pandemic, and the first expo of its kind held in the Middle East, has officially opened on October 1st. With exhibitors from 192 countries, the Expo is expected to attract 25 million visitors over six months.

During the event, UBTECH's proprietary Panda Robot and Walker X, the large humanoid service robots, made their official appearance at the China Pavilion, one of the event's largest exhibition structures on the expo site. The pavilion is called "The Light of China", which symbolizes reunion and hope. Both Panda Robot and Walker X's presence at the pavilion demonstrate the latest achievements in China's intelligent manufacturing and technological innovation on the world stage, as well as the country's significant advances in the field of AI. 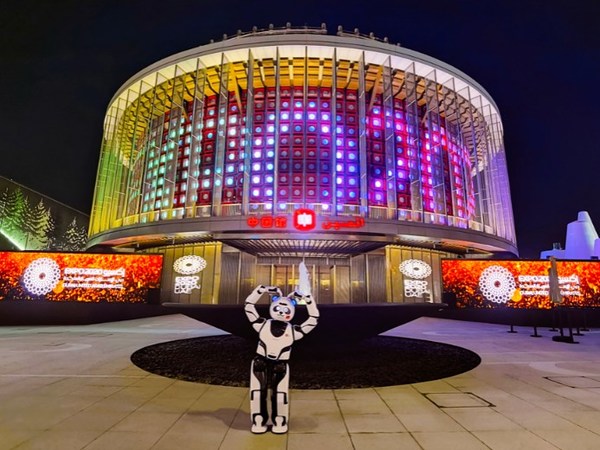 As the only Official Partner of AI Robotics for the China Pavilion at Expo 2020 Dubai, UBTECH Panda Robot and Walker X are providing on-site intelligent services in several scenarios.

Created exclusively for the event in the image of China's iconic national animal, UBTECH Panda Robot incorporated technologies based on the humanoid service robot Walker. The friendly Panda Robot serves as an Ambassador of Peace and Friendship for the China Pavilion at Expo 2020 Dubai, encouraging guests to take photos, shoot videos, and interact with it.

With 41 "joints", UBTECH Panda Robot can perform Tai Chi, demonstrate its expertise at Chinese calligraphy as well as other traditional Chinese arts and practices. The robot serves as an entry point to provide information on smart cities, agriculture techniques and environmentally friendly practices that the entire country of China leads with the way in. According to China Trade News, Larry Ng, Commissioner-General of the Singapore Pavilion, said that he was deeply touched to meet UBTECH Panda Robot, as Jiajia, a giant panda in Singapore, recently gave birth to her cub. 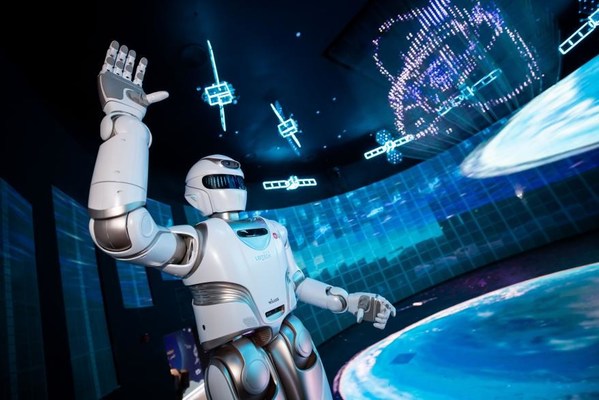 This Exploration and Discovery tour drew significant attention among attendees, including Carolina Peguero, the director of the Dominican Republic Pavilion, who remarked that "China has made great achievements in space exploration." The director also added that he looked forward to China actively sharing experience with other countries.

Beyond robotics, China's Artificial Intelligence are helping to prevent further spread of COVID-19 and to assist in the recovery of industrial production as well as that of normal life. In 2021, UBTECH's UV disinfection robot ADIBOT has been deployed in various locations worldwide, including, Business Centers in Netherlands,  COVID hospitals in Japan, and a quarantine hotel in China.

UBTECH also supports AI education in over 40 countries across 6 continents. The company has provided AI-driven and robot-assisted education programs to more than 3,000 schools in China, making it the world's largest provider of AI and robotics education solutions that integrate software and hardware.

UBTECH is always exploring further product applications in education, entertainment, logistics and other verticals, with the goal of tackling key social challenges while meeting major social needs. As it expands its global footprint, the company is fully committed to serving the world with cutting-edge technologies and helping to build a better, shared future for all of mankind.