[Justin Fox] No perfect time to return to work 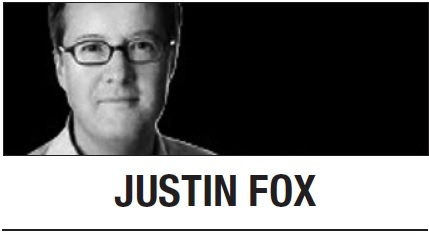 The planned fall 2021 return to the office is being delayed. Until January, purportedly. That’s when Apple, Amazon, Facebook, Google, Microsoft and some other major employers of knowledge workers now say they expect people back at their desks, 22 months after sending everybody home at the outset of the COVID-19 pandemic.

Given the current high US levels of COVID-19 cases, hospitalizations and in some places deaths, it’s understandable that companies don’t want to do a big return-to-office right now. Less clear is why they all thought early fall would be such a great time in the first place, or why they think the coast will be so much clearer in January.

The pandemic has its own timetable. The recent rise in cases was largely unexpected, and already seems to be reversing in both the hard-hit South and the less-severely affected white-collar work-from-home hotbeds of New York, San Francisco and Seattle. If that turns out to be it for the delta wave, waiting three or four more months to go back to the office doesn’t make a lot of sense. If we’re in for more of delta, or of mu, sigma, phi, omega or whatever else the pandemic throws at us, the past performance of both COVID-19 and seasonal influenza suggest that the next peak will be in January -- just in time for lots of major employers to announce delays yet again. “Enough,” tweeted Techmeme’s Gabe Rivera in reaction to Google’s announcement last week. “It’s time to just convert all the offices into housing.”

If having everybody work remotely forever really is your company’s plan for the future, fine. What’s going on right now, at large technology companies in particular, is a standoff between management and talent over what the long-term plan should be. Management seems to have settled on a hybrid arrangement with a little over half of working hours spent in the office. Employees have so far resisted.

Polls of white-collar workers in general seem to indicate that most want to be in the office at least part of the time, while surveys conducted for the Bureau of Labor Statistics’ monthly employment report indicate that most already are. But those in what the BLS calls “computer and mathematical occupations” have been holdouts, with 46 percent reporting working remotely because of the pandemic in August and an unknown but surely higher-than-10 percent share working remotely already. It’s not inconceivable that many companies that employ lots and lots of such workers -- often to devise the technologies that make remote work possible -- will end up shifting to remote as the default.

If that’s the case, though, perhaps it’s time to stop using COVID-19 as the excuse. Early on, when tests and surgical masks were rare in the US and vaccines nonexistent, the widespread shift to remote work and school was probably crucial to slowing the pandemic. But workplaces and educational institutions adapted with a variety of mitigation measures that seem to have actually worked. Evidence collected by University of Chicago economist Casey Mulligan from prevalence studies at meat-packing plants, hospitals, hair salons, universities and schools indicates that, after the initial wave of spring 2020, COVID-19 spread much more rapidly in the communities surrounding these places than within them.

This evidence is more suggestive than conclusive, and it’s possible that for white-collar workers -- who tend not to live in overcrowded housing but often work in pretty crowded offices -- the relative risk profile is different. But unless you’re living as a hermit, an office with regular testing, good ventilation, mask-wearing in group settings and a vaccine mandate (or, to be more inclusive, a vaccine-or-evidence-of-previous-infection mandate) is not going to expose you to much more risk than your outside-the-office life does. I’m writing this during a visit to the San Francisco Bay Area, where vaccination rates are high and life is in many ways finally beginning to return to normal, with kids in school and adults eating inside restaurants, going to crowded sporting events and socializing. That the region’s highest-profile corporate headquarters remain mostly empty seems increasingly incongruous.

There is no perfect time to start going back to the office during a pandemic. Many companies’ plans seem to have been crafted with the idea that COVID-19 would no longer be a threat when workers came back. It’s certainly much less of a threat (to the vaccinated, at least) than it was before vaccines arrived, but it hasn’t gone away, either, and might not anytime soon. That may dictate a flexible approach in which office work is encouraged when local transmission rates are low and discouraged when they’re high. But trying to wait out the pandemic seems to be a recipe for never going back to the office at all.