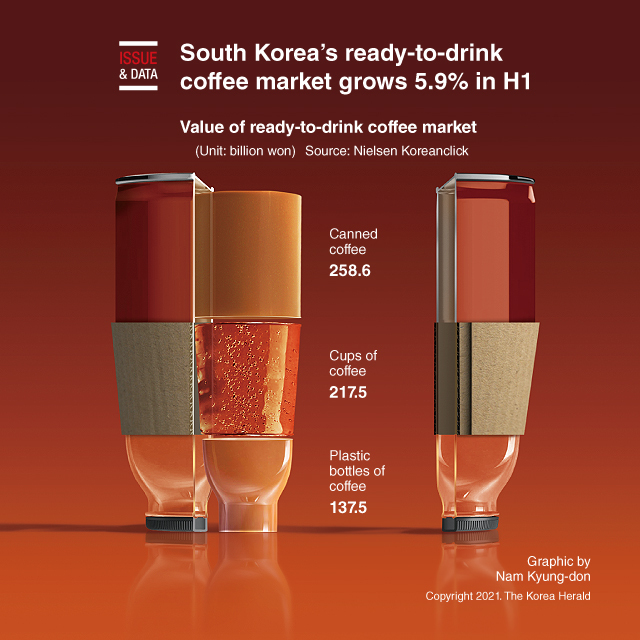 South Korea’s market for convenient coffee beverages expanded nearly 6 percent in the first half of the year amid the coronavirus pandemic, a market tracker said.

The value of the local ready-to-drink coffee market stood at 672.9 billion won ($574 million) in the January-June period, up 5.9 percent from a year earlier, according to Nielsen Koreanclick.