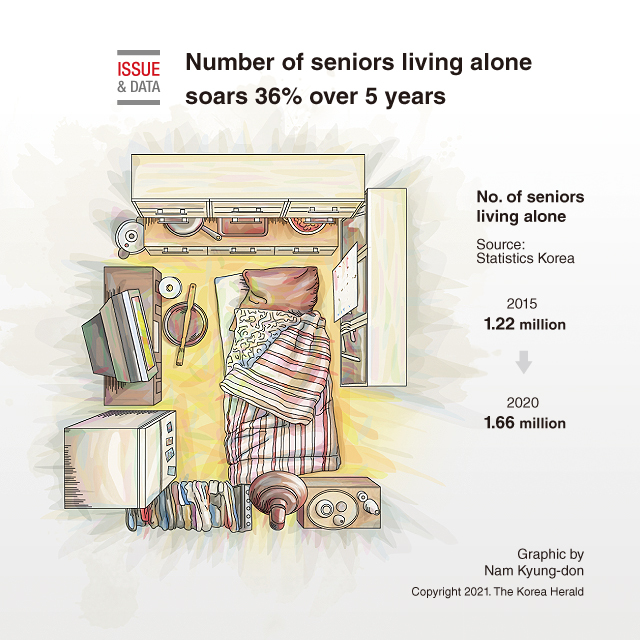 The number of seniors living alone has surged nearly 36 percent over the last five years amid the country's rapid population aging, data showed.

A total of 1.66 million South Koreans aged 65 and older lived by themselves in 2020, up 35.8 percent from five years earlier, according to the data from Statistics Korea.

In particular, the number of seniors living alone aged 80 and older spiked 50.2 percent over the cited period to 470,000 last year. (Yonhap)