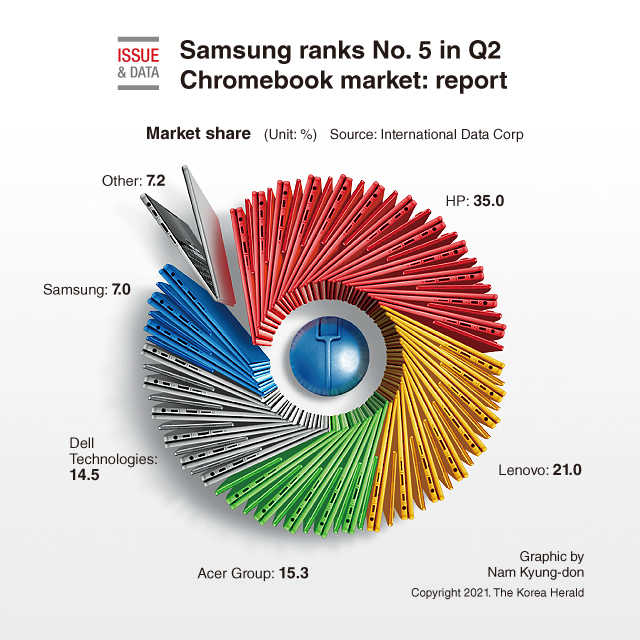 Samsung Electronics was the world’s fifth-largest vendor of Chromebooks in the second quarter of the year, a report showed, as the South Korean tech giant aims to expand its presence in the portable PC market amid the pandemic.

Samsung had a market share of 7 percent in the April-June period after shipping 900,000 Chromebooks - that is, laptops or tablets running on Google’s Chrome operating system - according to a report from market researcher International Data Corp.

Samsung’s second-quarter Chromebook shipments increased 179.2 percent from a year earlier, when it logged a market share of 4.3 percent.

HP expanded its leadership in the Chromebook market with a 35 percent share after shipping 4.3 million units. It was followed by Lenovo, Acer Group and Dell Technologies. (Yonhap)