[Fawaz A. Gerges] Taliban less likely to back al-Qaida 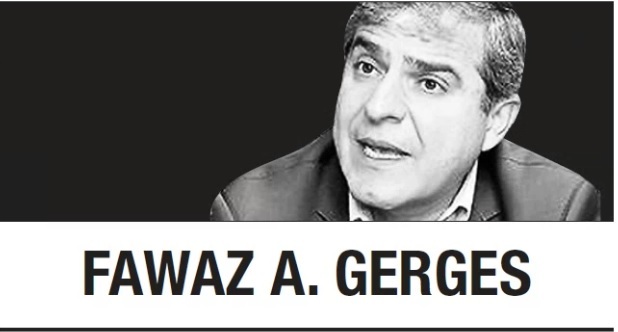 By hastily withdrawing American troops from Afghanistan, US President Joe Biden has made a grave mistake, or so many argue. US Senate Minority Leader Mitch McConnell, for example, has called the Taliban’s swift takeover of the country an “even worse sequel to the humiliating fall of Saigon in 1975.” That sequel, top US generals, conservatives and even some liberals predict, will be characterized by the resurgence of transnational terrorism.

The prediction is straightforward. As an Islamist militant group, the Taliban will inevitably provide al-Qaida -- and potentially other extremist groups, such as the Islamic State group -- with a sanctuary to recruit, train and plan attacks against the West.

But there is a flaw in this assessment: It assumes that there is not much daylight between the Taliban and al-Qaida. In reality, while the two groups do share a similar religious ideology and worldview, they have very different objectives.

The Taliban aims to establish a theocracy, or Islamic emirate, in Afghanistan, but has indicated no ambition to expand beyond that country’s borders. By contrast, al-Qaida has no national identity, nor does it recognize borders. It is a borderless movement, with branches in scores of countries worldwide.

It is also worth noting that al-Qaida is a shadow of its former self. Relentless US attacks have substantially degraded its ability to mount major attacks against Western targets from either Afghanistan or Pakistan. It now lacks the necessary operational capabilities. Meanwhile, transnational jihadism had metastasized well beyond Afghanistan, throughout the Middle East and into Africa and South Asia.

One might counter that, with sanctuary from the Taliban, al-Qaida could rebuild in Afghanistan. This possibility, and the security threat it poses to the West, should not be ruled out. But, for now, the group lacks the charismatic leadership and skilled cadres it would need to restore and reinvigorate its ranks. It is not even clear whether Ayman al-Zawahiri, al-Qaida’s current (divisive) leader, is alive.

More importantly, the Taliban are unlikely to allow al-Qaida to establish new bases in the country immediately. At last February’s talks with then-US President Donald Trump’s administration in Doha, Qatar, they promised as much, declaring that they would not allow al-Qaida or other militants to operate in areas they controlled.

This was not mere appeasement. The Taliban were describing a course of action that was -- and remains -- in their own interest. Over the past year, the Taliban have pursued a diplomatic “charm offensive,” talking to their bitter foes, including the Americans, Russians and Iranians. They want to cement their control of Afghanistan and gain international recognition and legitimacy.

Hosting al-Qaida would not advance these objectives. On the contrary, it was al-Qaida’s attack on the United States on Sept. 11, 2001, that sent the Taliban into exile in the first place. They may be back in power, but it took 20 years, and they are not about to risk what they have regained.

This is not to say that there is nothing to worry about. While the Taliban’s impressive military victory implies discipline and coherence, the movement is not politically monolithic. Rather, it comprises competing factions and clans. So, there is always the risk that some elements of the Taliban could link up with al-Qaida and other radical groups in Pakistan.

There is a precedent for this. In the late 1990s, a majority of the Taliban consultative council (its executive body) voted to expel al-Qaida and its then-leader, Osama bin Laden, from Afghanistan, in response to international pressure. Yet the head of the movement, Mullah Omar, decided to allow bin Laden to remain, demanding only that he desist from launching attacks from Afghanistan. As the world clearly saw on 9/11, the wily Saudi played his Afghan host for a fool.

So, while the Taliban is unlikely to welcome al-Qaida with open arms, the terrorist group does have some chance of benefiting from the Taliban’s return to power. The same cannot be said of the IS group, which the Taliban fiercely opposes. In fact, the Taliban has waged a war against IS in the areas under its control, to neutralize any potential threat to its domination of the country.

The world should not ignore the risk that Afghanistan could become a breeding ground for international terrorism. But nor should it be so fixated on this prospect -- which is far less likely than many seem to believe -- that it neglects the humanitarian catastrophe that is unfolding before our eyes. Images of desperate Afghans clamoring to get onto flights out of Kabul and stories of women being forced from their jobs -- or worse -- by Taliban fighters make it all too clear that the US and its allies have abandoned the people of Afghanistan, leaving them at the mercy of the brutal and repressive movement.

America’s 20-year-old “War on Terror” is the greatest strategic disaster in the country’s modern history. It should never have been fought. And while the US has decided to cut its losses, Afghans will continue to pay an ever-higher price for it.


Fawaz A. Gerges
Fawaz A. Gerges, a professor of international relations at the London School of Economics, is author of the newly revised “ISIS: A History” (Princeton University Press, 2021). -- Ed.