Samsung to up the ante with new foldable phones 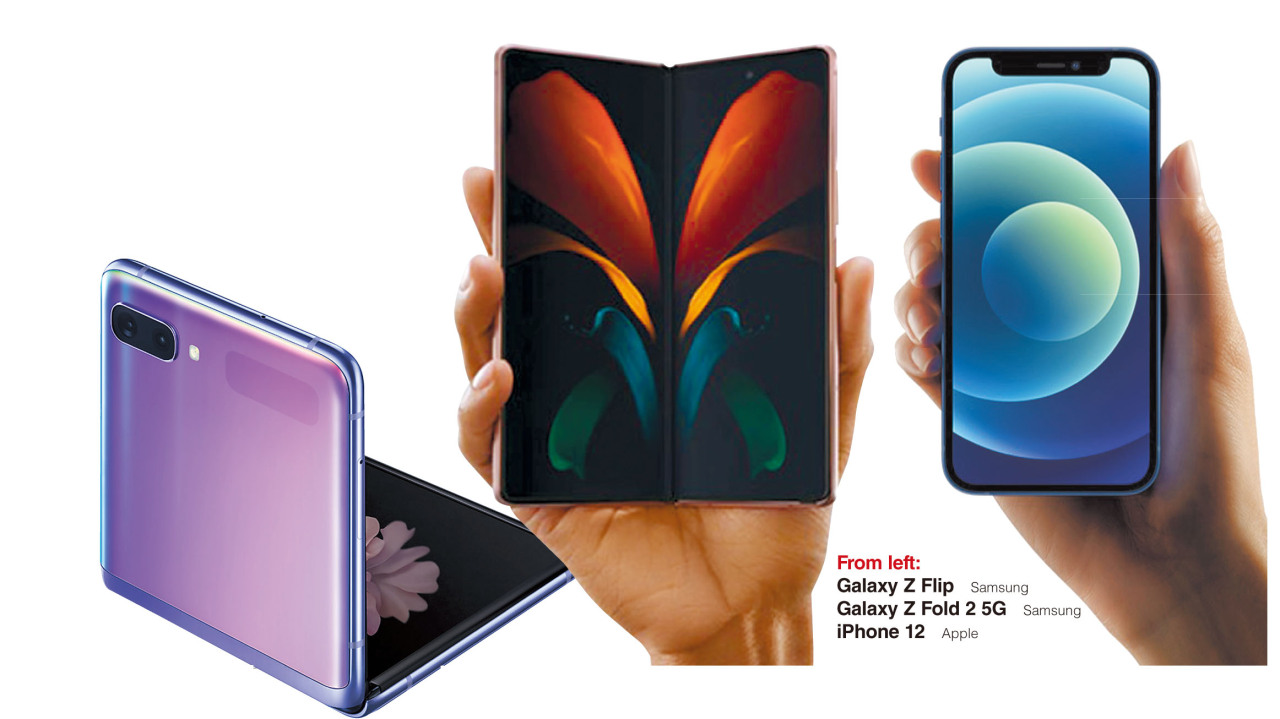 With the absence of a new Galaxy Note series model, Samsung Electronics is poised to steer its marketing and sales resources toward its next-generation foldable smartphones to outsmart its archrival Apple, which is set to launch a new iPhone later this year.

Samsung used to release its Note series model targeting those who wanted a dedicated stylus and upscale features ahead of Apple’s annual iPhone launch. This year, however, Samsung has not rolled out a new Note due to chip shortages.

The competition between smartphones in a different category in terms of form factor is unusual, but industry sources forecast Samsung will up the ante by lowering prices for its two foldable phones.

Local media reported that Samsung will announce the release of two smartphones on Aug. 11, citing a leaked teaser showing the schedule of Samsung’s Galaxy Unpacked event. In the leaked image, “The future will unfold in a new way. Very soon” is written along with the schedule information.

The Korean tech giant is expected to sell the Galaxy Z Fold3 at around 1.99 million won ($1,740) and the Galaxy Z Flip3 at 1.28 million won. That would make prices for the new models 17 percent and 22 percent lower than their predecessors released last year, respectively.

The question is whether the lower-priced Samsung foldable models will be attractive and affordable enough for mainstream consumers to switch to a new form factor.

For Samsung, it is a bet that stronger sales of foldable models can make up for the absence of the Galaxy Note this year. Given that Samsung had sold around 10 million Galaxy Note smartphone units per year, the company’s focus on foldables is deemed as a sign that it wants to reshape the market around foldable models.

Samsung’s Galaxy Z Fold2 and Z Flip2 did attract plenty of the media spotlight and consumer attention for high-end models thanks to their slick design and unique features. However, many mainstream users were reluctant to buy the foldable phones because of their hefty price tags.

By lowering the prices, Samsung seems to be targeting existing Galaxy Note users who want to upgrade their outdated models and experience new design and functionalities tailored for the faster 5G network.

Apple is expected to launch the iPhone 13 in September. Apple is reported to set the target shipment at around 90 million units, up 20 percent from last year. The US tech giant did not suffer a serious setback in sales of the iPhone from the COVID-19 pandemic last year. The increased initial production volume for the new iPhone is based on signs that consumer sentiment is improving as more people are getting vaccines around the world. Apple had kept its initial production volume at around 75 million units in past years.

Foreign media outlets expect Apple’s newest iPhone to come with more advanced cameras and a smaller notch on the front display panel. The iPhone lineup is expected to remain the same, with four models with different screen sizes and features.

“In the second half of this year, Apple will likely lead the market with its iPhone in terms of sales, but it is notable that Samsung is taking a move to gain advantage in the market with its foldable phones,” an industry watcher told local media. “Other smartphone makers are trying to catch up by developing foldable phones, but Samsung continues to lead the technology trend related to foldable smartphones.”

According to market researcher Canalys, the worldwide smartphone market has surged 27 percent to 347 million units in the first three months of this year. Samsung ranked first with a 22 percent share, followed by Apple with 15 percent. “(Apple’s) iPhone 12 Mini has sold below expectations, but strength in other iPhone 12 models, as well as stronger demand for the older iPhone 11, helped it maintain strong momentum,” Canalys said in its report.

Xiaomi posted its best single-quarter performance ever, growing 62 percent. Oppo and Vivo rounded out the top five in the first quarter.