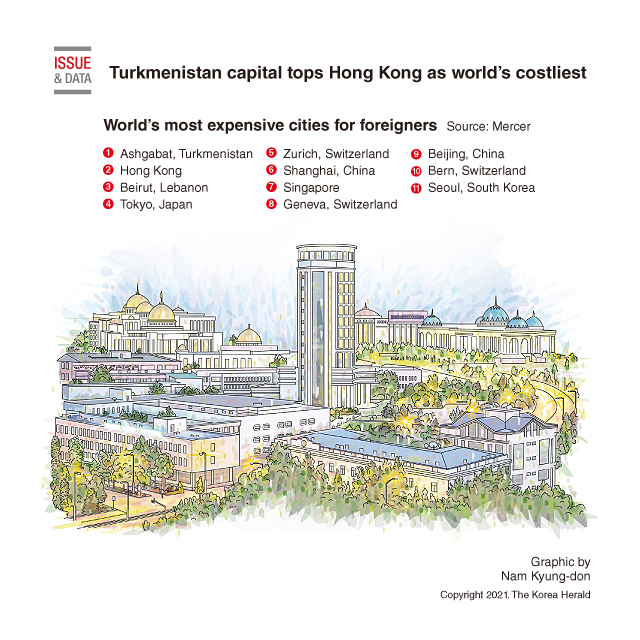 Turkmenistan’s capital Ashgabat has overtaken Hong Kong as the world‘s most expensive city for foreign workers, a survey showed.

Turkmenistan is almost wholly dependent on natural gas exports and has struggled to recover from the global energy price slump in 2014 that battered the local manat currency and plunged many citizens into poverty.

Despite the long-running economic crisis, authorities broke ground on a major expansion of Ashgabat in May, with autocrat leader Gurbanguly Berdymukhamedov pledging to turn it into “one of the most prosperous cities in the world.”