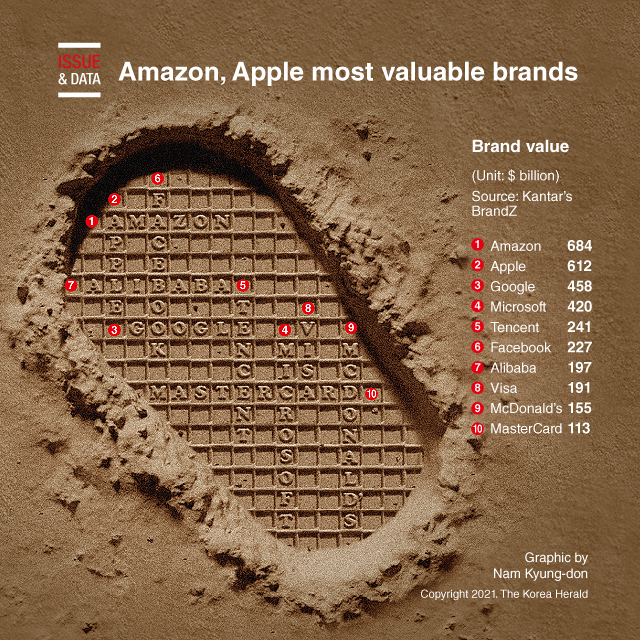 Amazon and Apple are the world’s most valuable brands but Chinese brands are rising up the leaders list and are more valuable than Europe’s top brands, according to a global ranking by Kantar’s BrandZ.

Amazon, founded in 1994 by Jeff Bezos, remained the world’s most valuable brand with an estimated value of $684 billion, followed by Apple, founded in 1976, at $612 billion and Google at $458 billion, Kantar said.

South Korean tech giant Samsung Electronics ranked 42nd in the world in 2021, down two notches from a year earlier, a report showed. (Reuters)