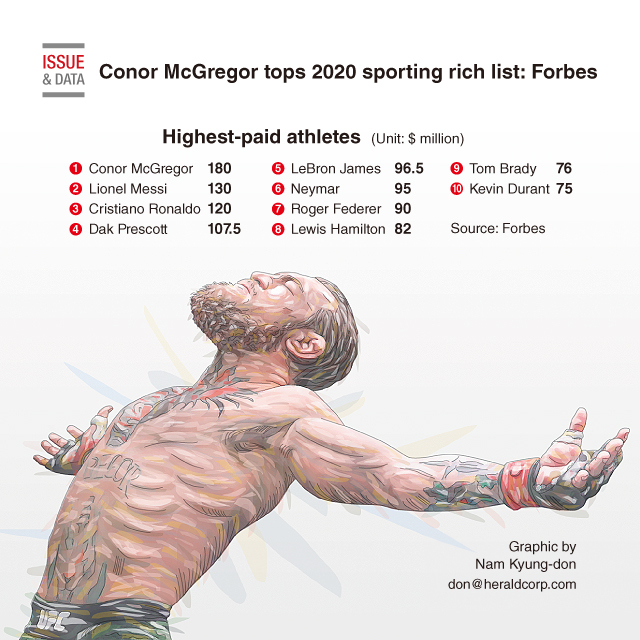 The 32-year-old Irishman only fought once in 2020, earning around $22 million from his victory over Donald Cerrone in January.

The bulk of the former plumber’s pay - an estimated $158 million - came via his successful business activities, which included the sale of his Proper Twelve whiskey brand.

Barcelona superstar Lionel Messi was second on the list with $130 million in earnings, followed by Juventus idol Cristiano Ronaldo with $120 million. (AFP)