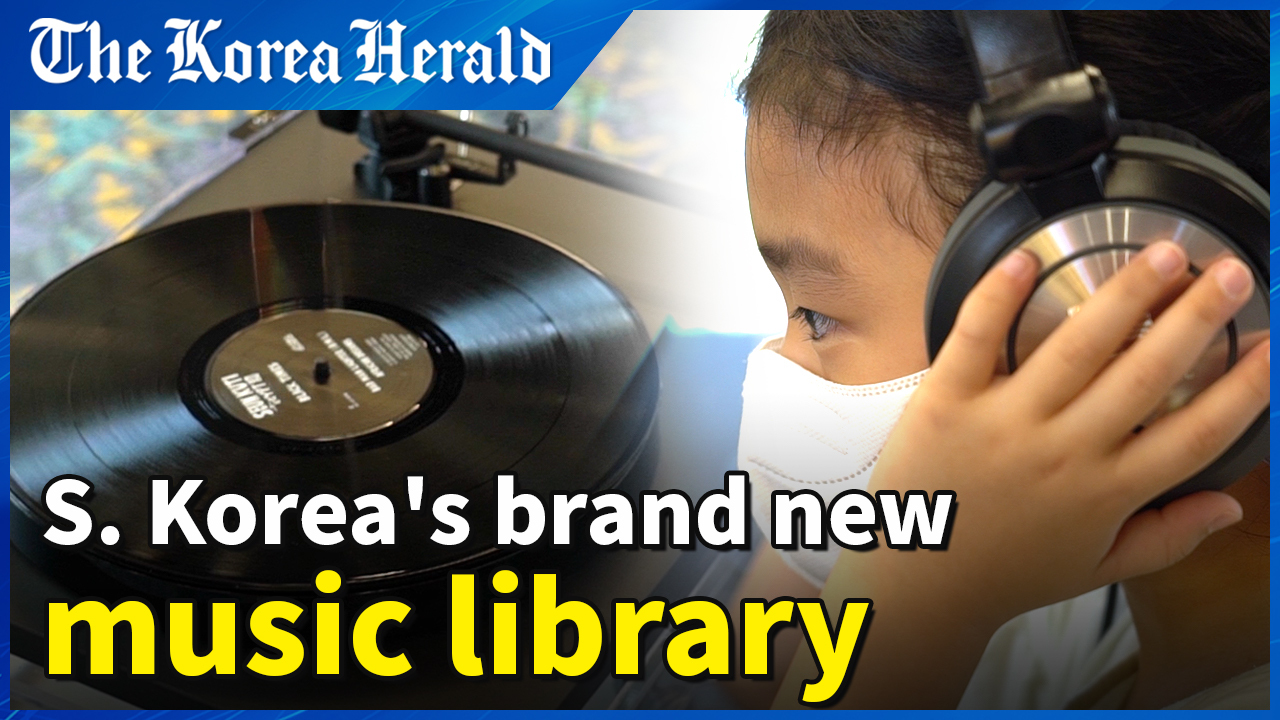 A new public music library has opened in Uijeongbu, Gyeonggi Province, just some 25 kilometers north of Seoul, the first of its kind built by a local government.

To most Koreans, Uijeongbu is synonymous with the US Army, as the city has hosted the American military since the 1950-53 Korean War. While most of the troops have now been moved to Pyeongtaek in southern Gyeonggi Province where the largest overseas US military base is located, the sound of Western pop music was long common across the city.

That aspect of the city is reflected in the African American focus of its new music library. The library offers a wide range of resources on jazz, soul, rhythm and blues, gospel and hip-hop, as well as other genres. Well-known hip-hop music couple Tiger JK and Yoon Mi-rae, who are also Uijeongbu residents, donated a large collection of CDs and have been actively promoting the new library, according to the museum.

The first floor reading room is stocked with some 5,000 adult and children’s books, while the second floor has over 2,000 pieces of sheet music. On the third floor are 6,215 music CDs, 1,111 LP records and 840 DVDs that can either be borrowed and taken outside or listened to in the music listening section on the same floor. When live performances are not scheduled, the grand music hall serves as a theater, screening concerts and operas from the library’s DVD collection. A music practice room with a piano is open for public use without reservation.

“This is the sixth public library to open in Uijeongbu,” Lee Jin-hee, a librarian at the Music Library of Uijeongbu, told The Korea Herald on Thursday. “It’s interesting to note that the library harmonizes the three elements together -- books, music and space,” Lee said, emphasizing that visitors should take full advantage of borrowing sheet music and favorite albums to listen to at home.

A Uijeongbu resident and mother of a preschooler, Won In-hye spoke with excitement of the library’s opening. “It’s more spacious than I had expected, and very clean and beautiful. I’m looking forward to visiting often with my little daughter for the upcoming live concerts and music programs,” Won said.

The Music Library of Uijeongbu is located in the northern tip of Jangam Balgok Neighborhood Park, near Balgok Station Exit 2. Fully packed with opening celebration concerts for the month of June, the library is open from 10 a.m. to 9 p.m. Tuesday through Friday, and until 6 p.m. on Saturdays.