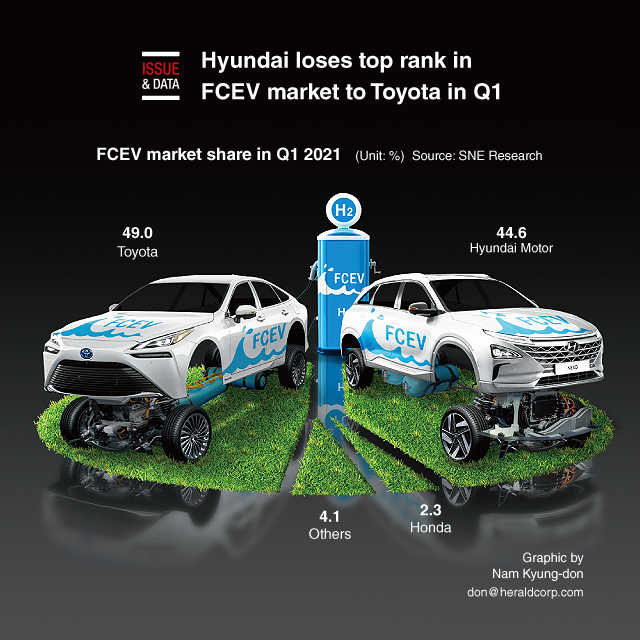 Global FCEV sales jumped 89.2 percent on-year to hit a record of nearly 4,000 units in the January-March period, mostly driven by strong sales of Toyota‘s second-generation Mirai model, according to the data by SNE Research.

Toyota sold about 2,000 FCEVs in the first three months of this year, up from 300 units a year earlier, accounting for 49 percent of its market share, data showed.

Hyundai Motor, the maker of Nexo, saw its sales jump 29.5 percent on-year in the first quarter to about 1,800 units, taking up a 44.6 percent share. (Yonhap)