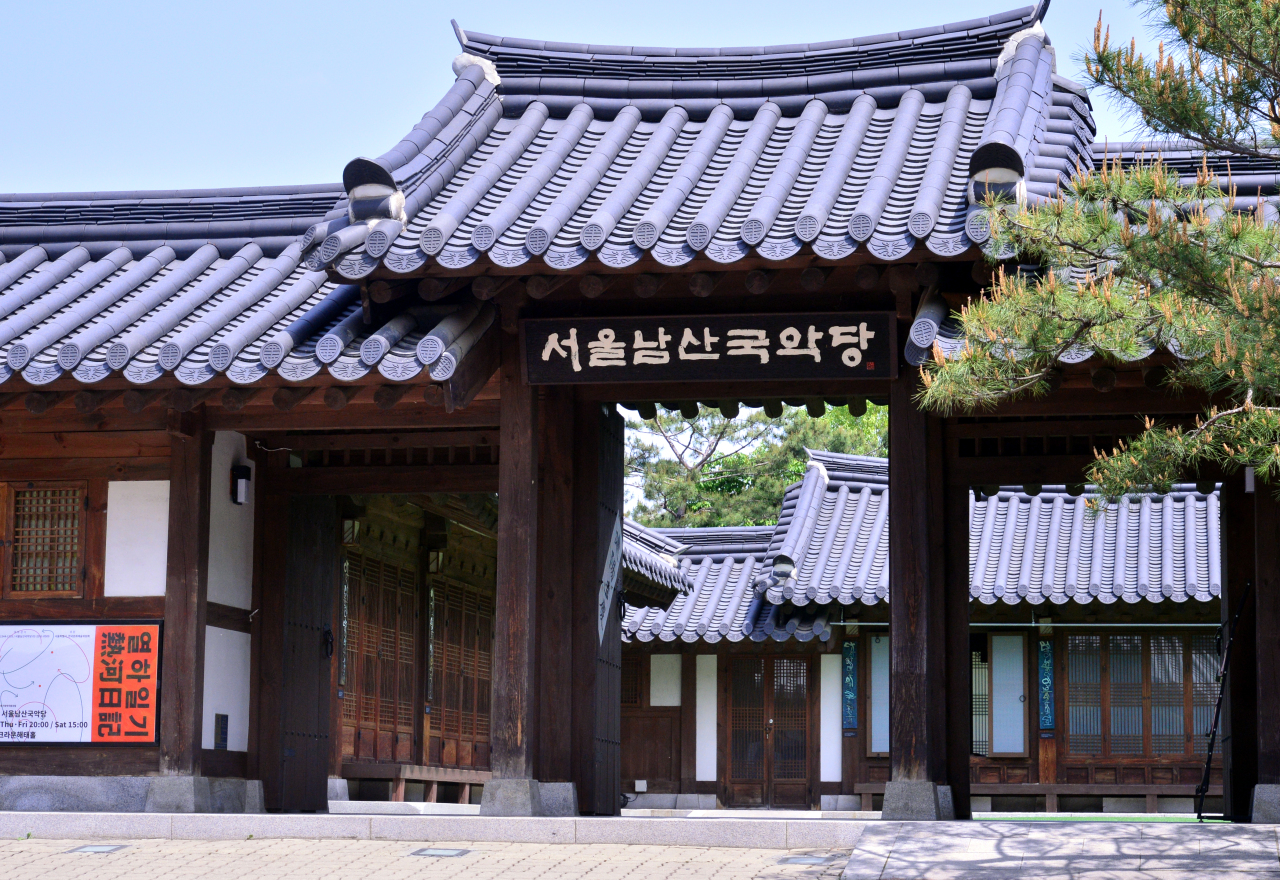 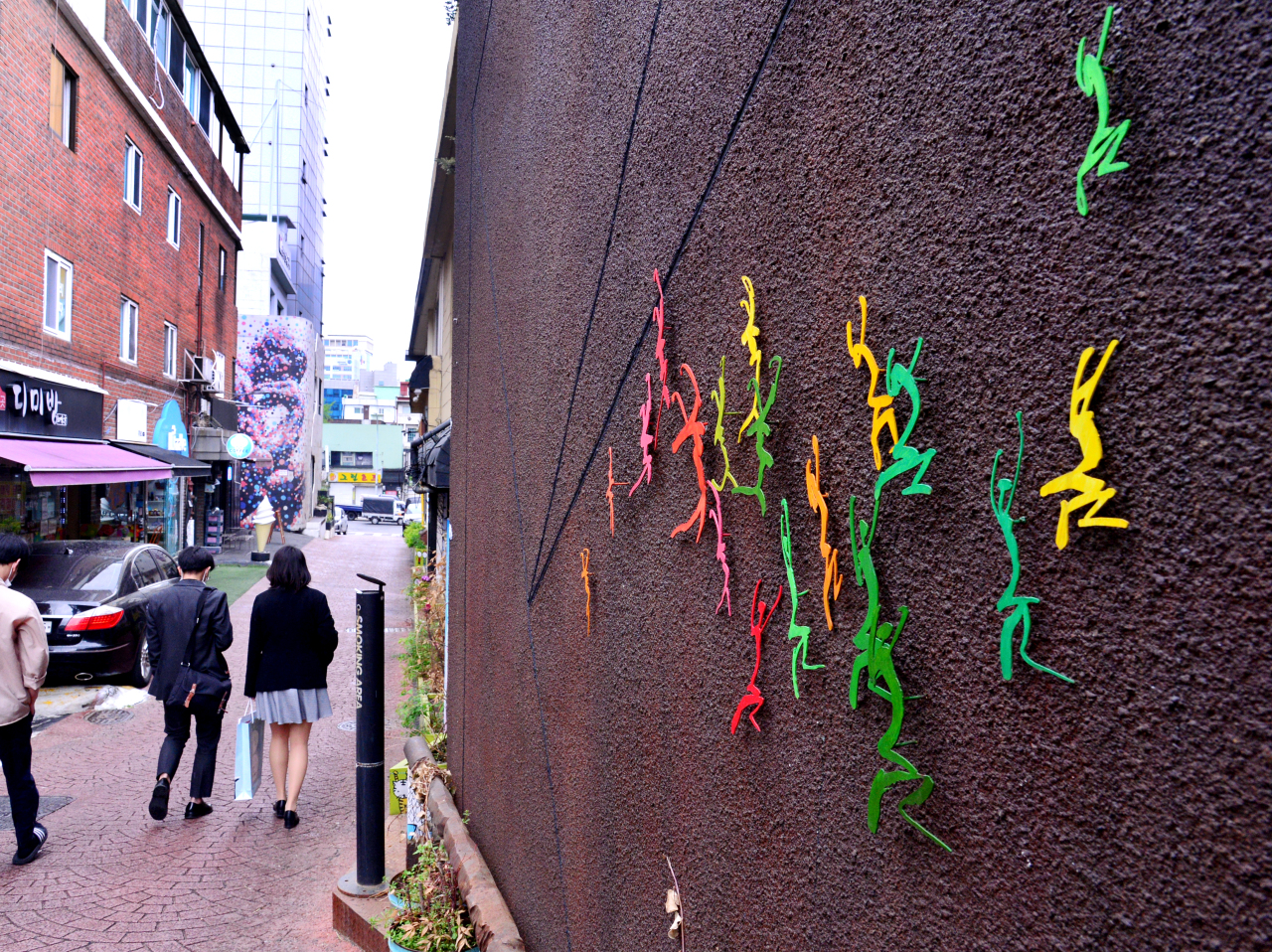 Behind the bustling Chungmuro Station in Jung-gu, central Seoul, a quiet alley within Pil-dong, a small neighborhood on the northwestern edge of Mount Namsan, is catching the eyes of people seeking Instagrammable spots. 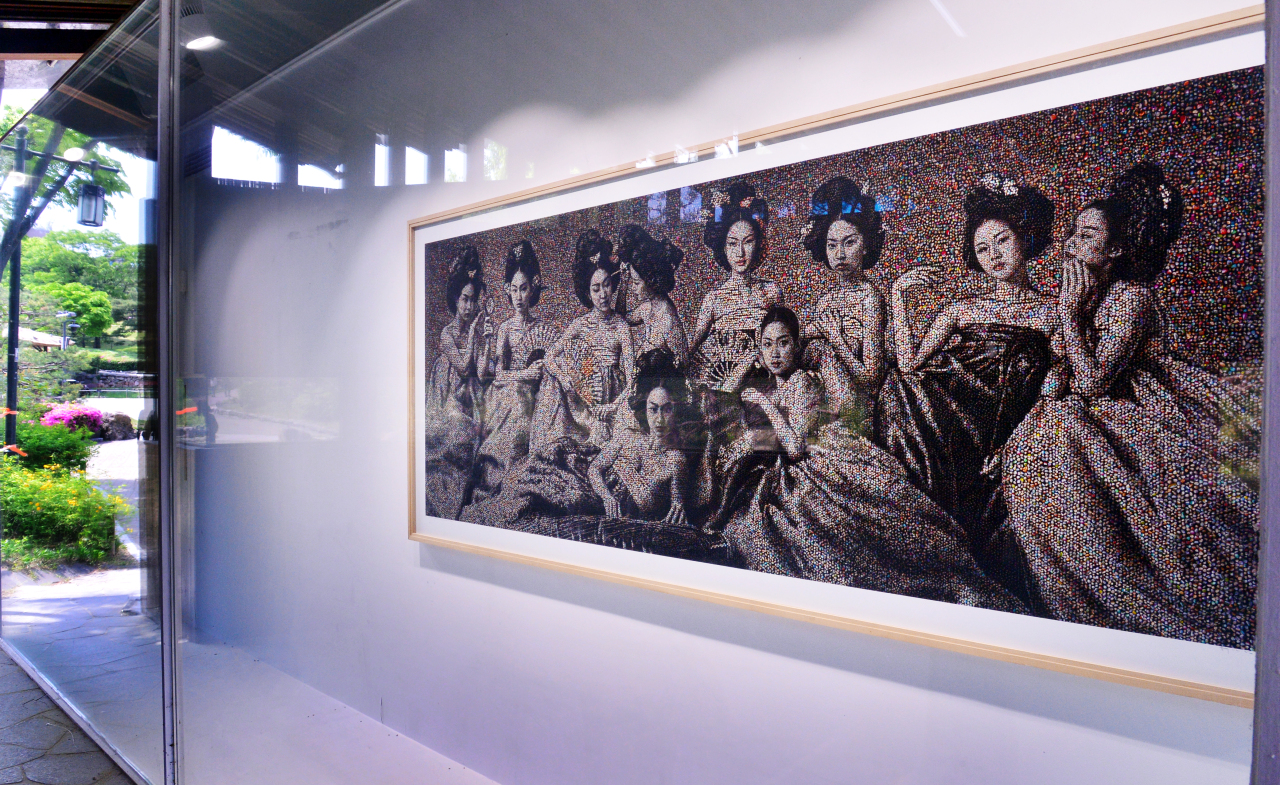 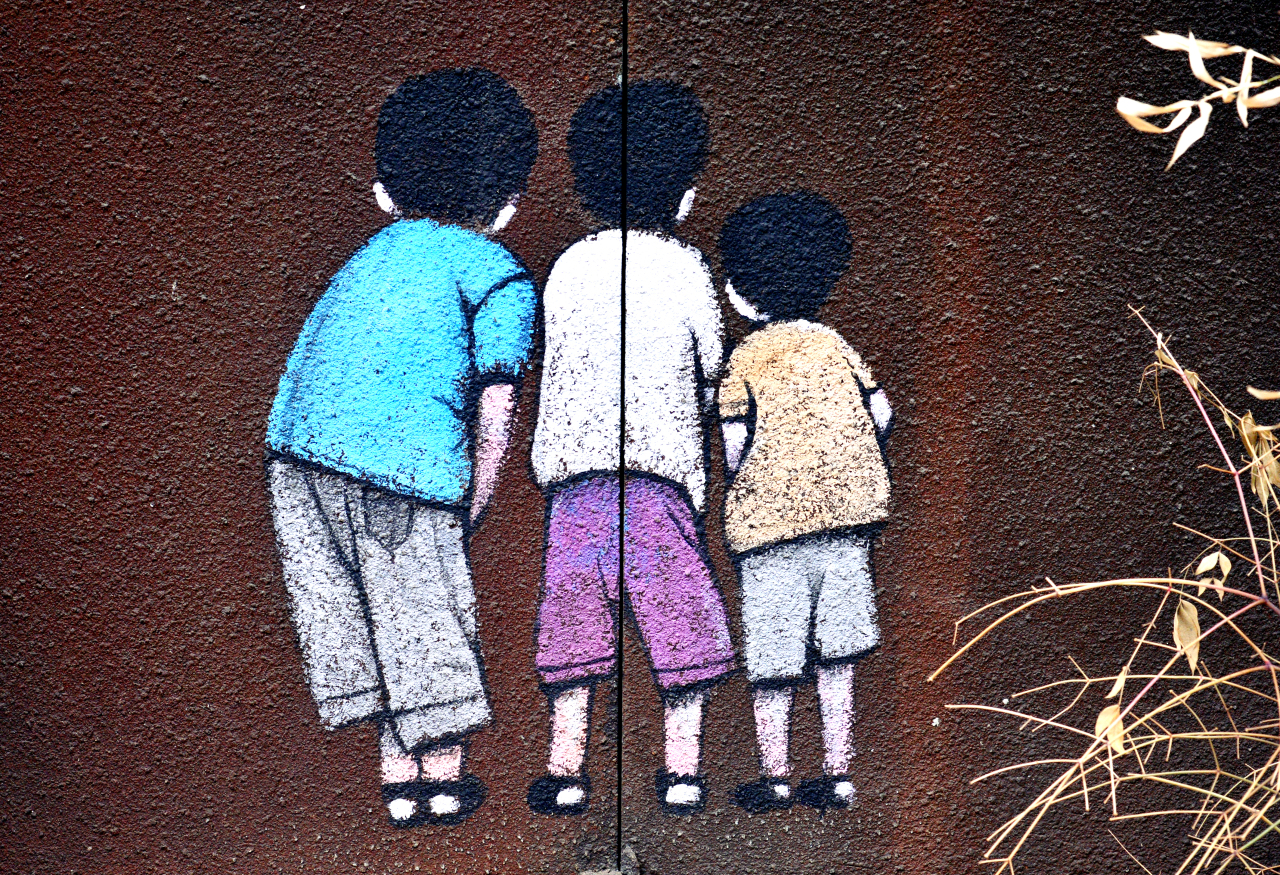 Walls and building facades painted with cartoon characters and illustrations as well as uniquely themed sculptures are nestled along the alleyway, turning the place into an art festival. 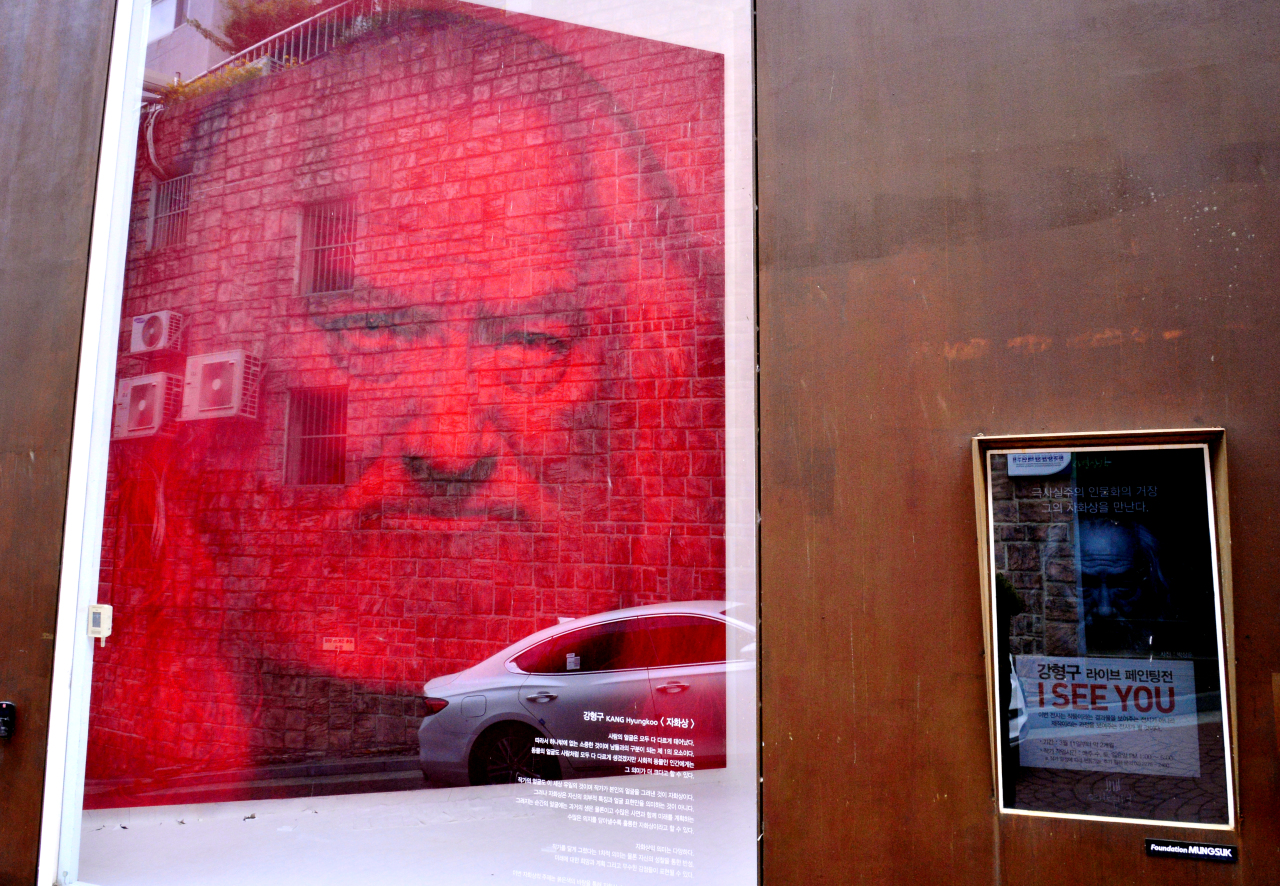 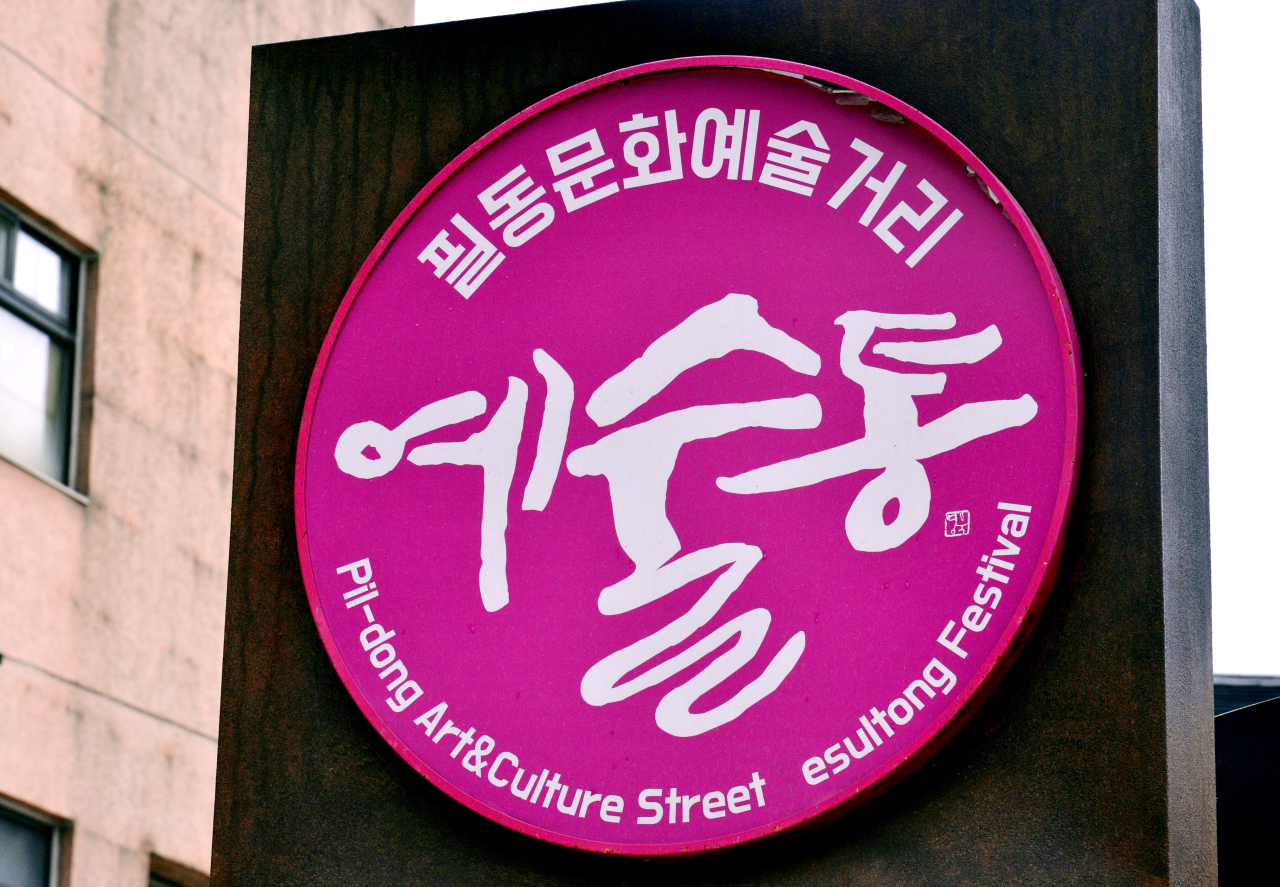 Named Pil-dong culture and arts street, or Yesultong, the area has been filled with art displays since 2016, when the advertisement agency Hands BTL began its urban regeneration project for Pil-dong, once center of the country’s printing industry in the 1990s, which lost its vitality with the rise of the internet and digital media. 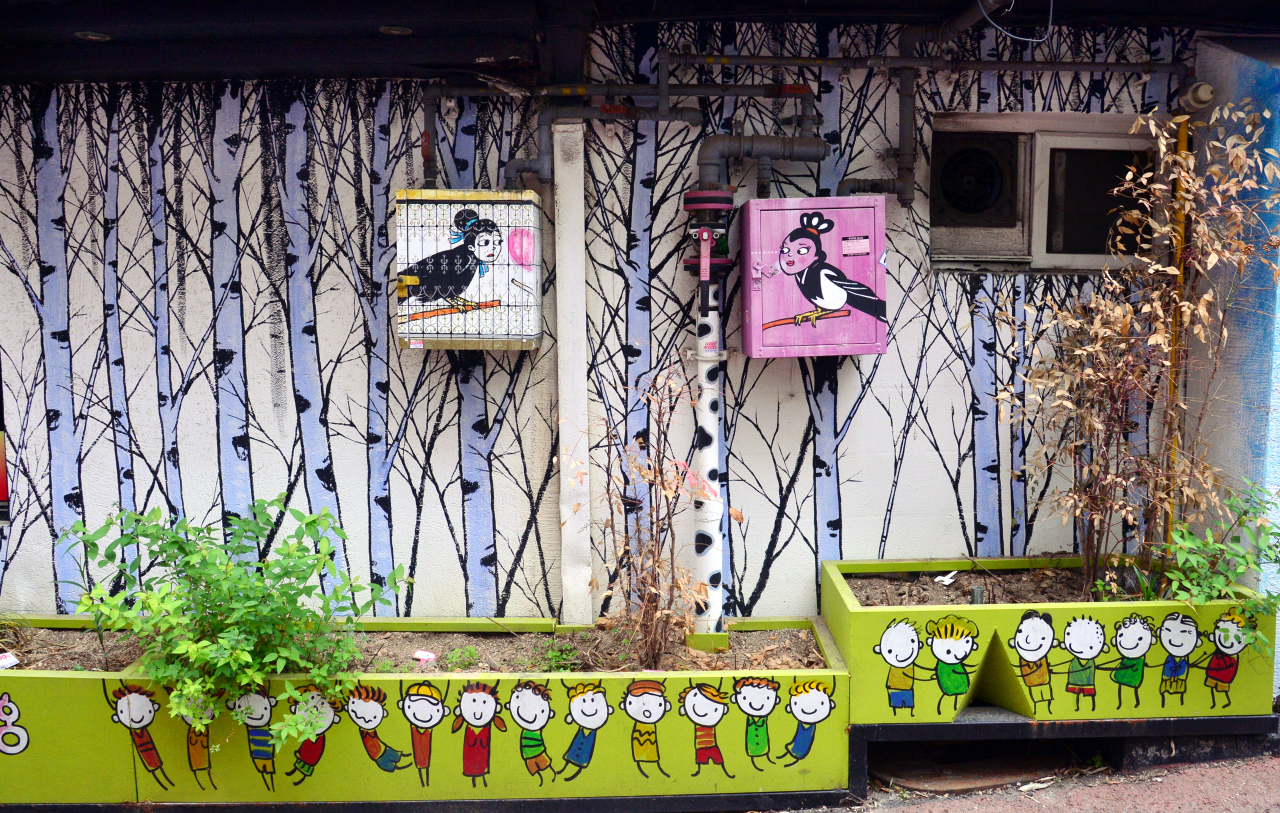 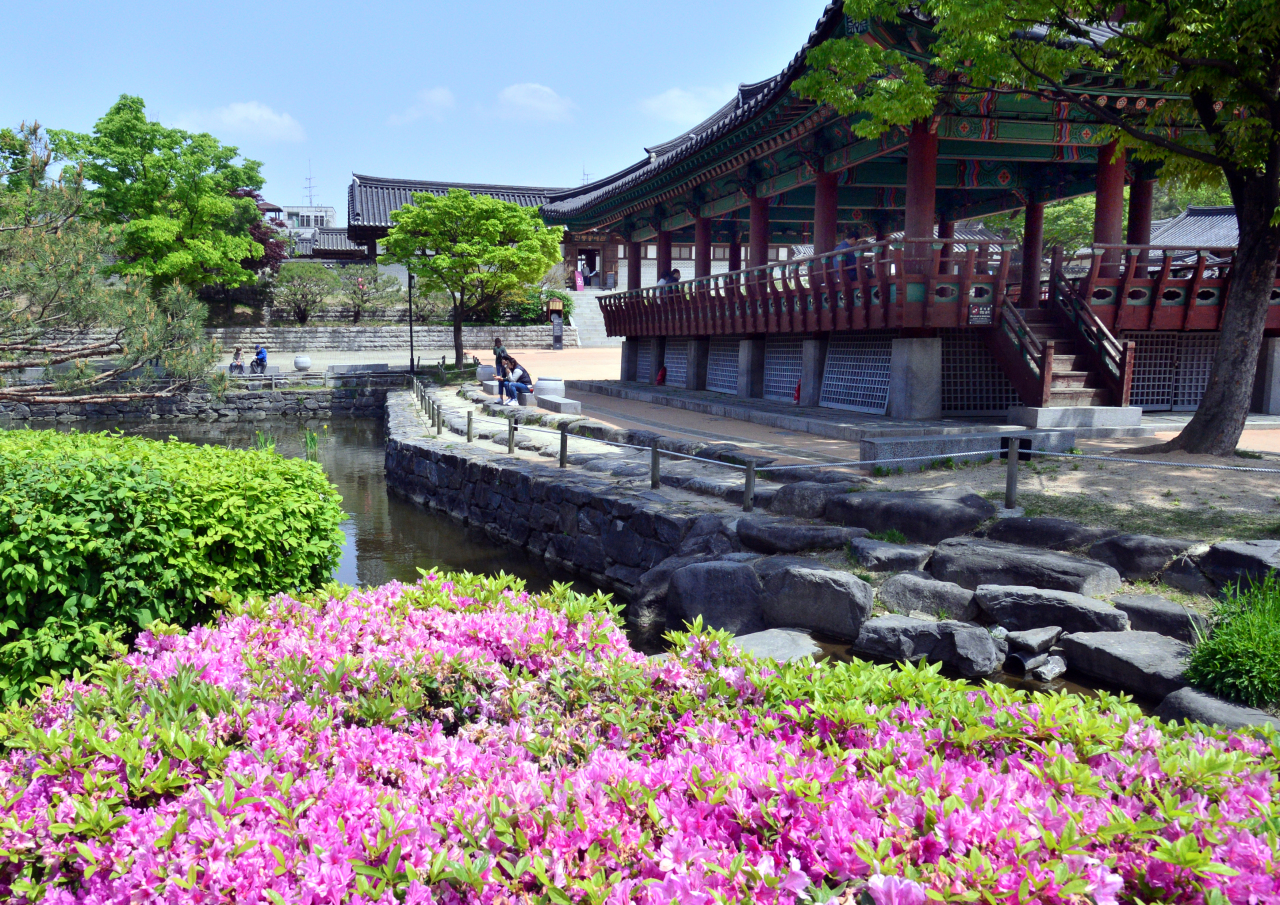 In cooperation with Jung-gu district office and renowned artists, the company built eight outdoor museums to bring back the vibrant culture to the historic district. 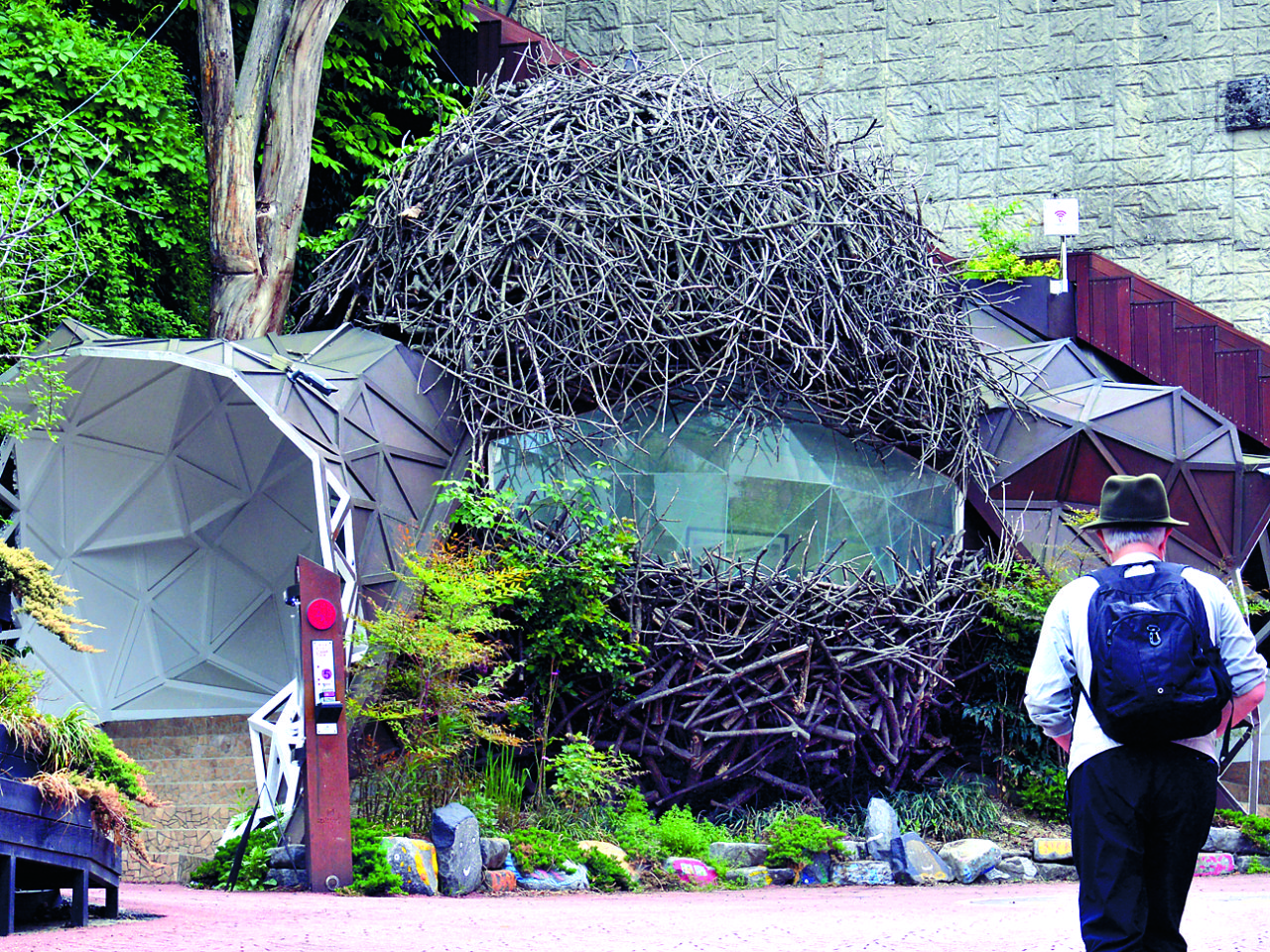 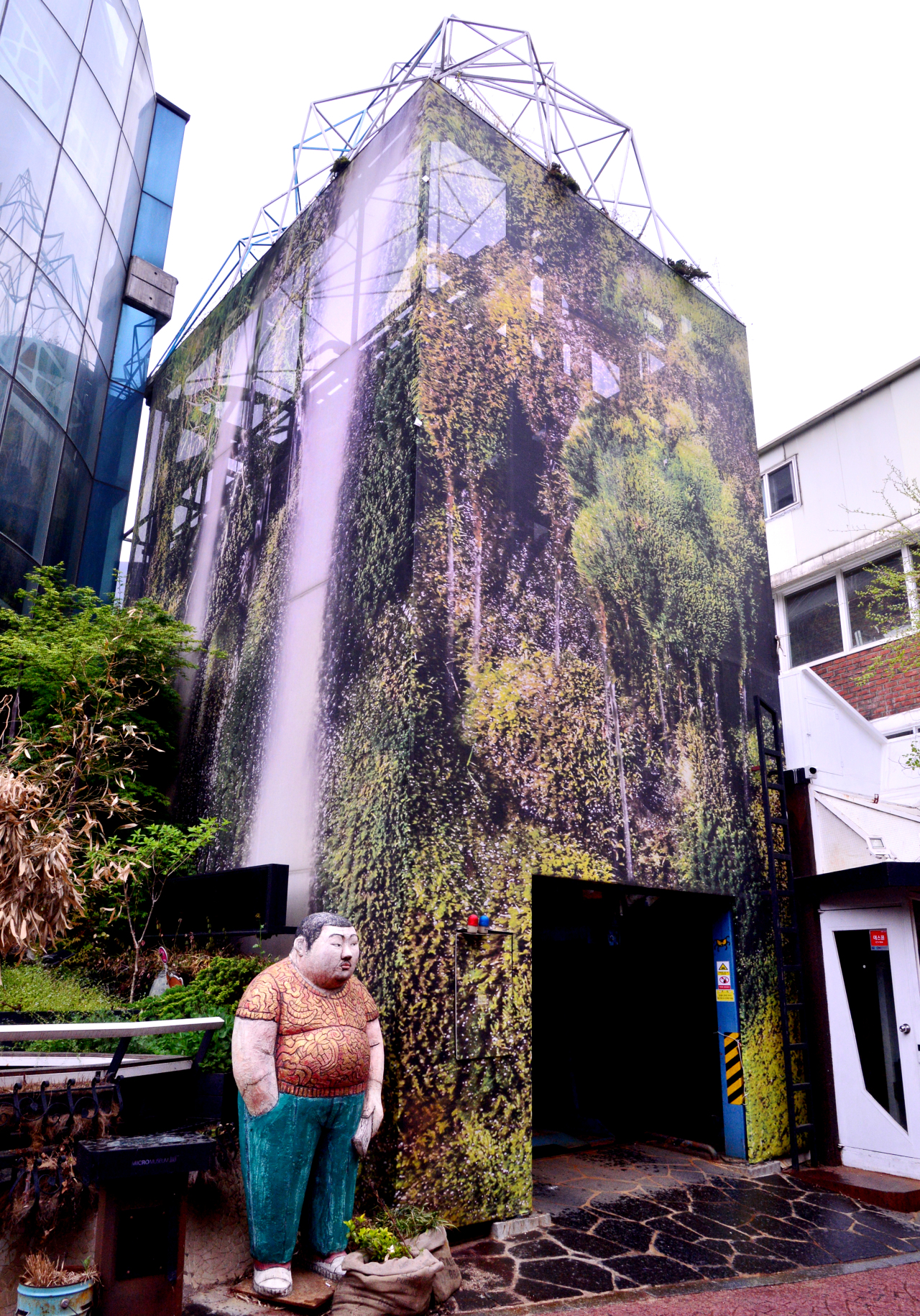 Each museum shows various contemporary arts, including painting, sculpture, photograph and installations. People tired of city life can refresh themselves by enjoying artworks at these street galleries that are open 24/7. 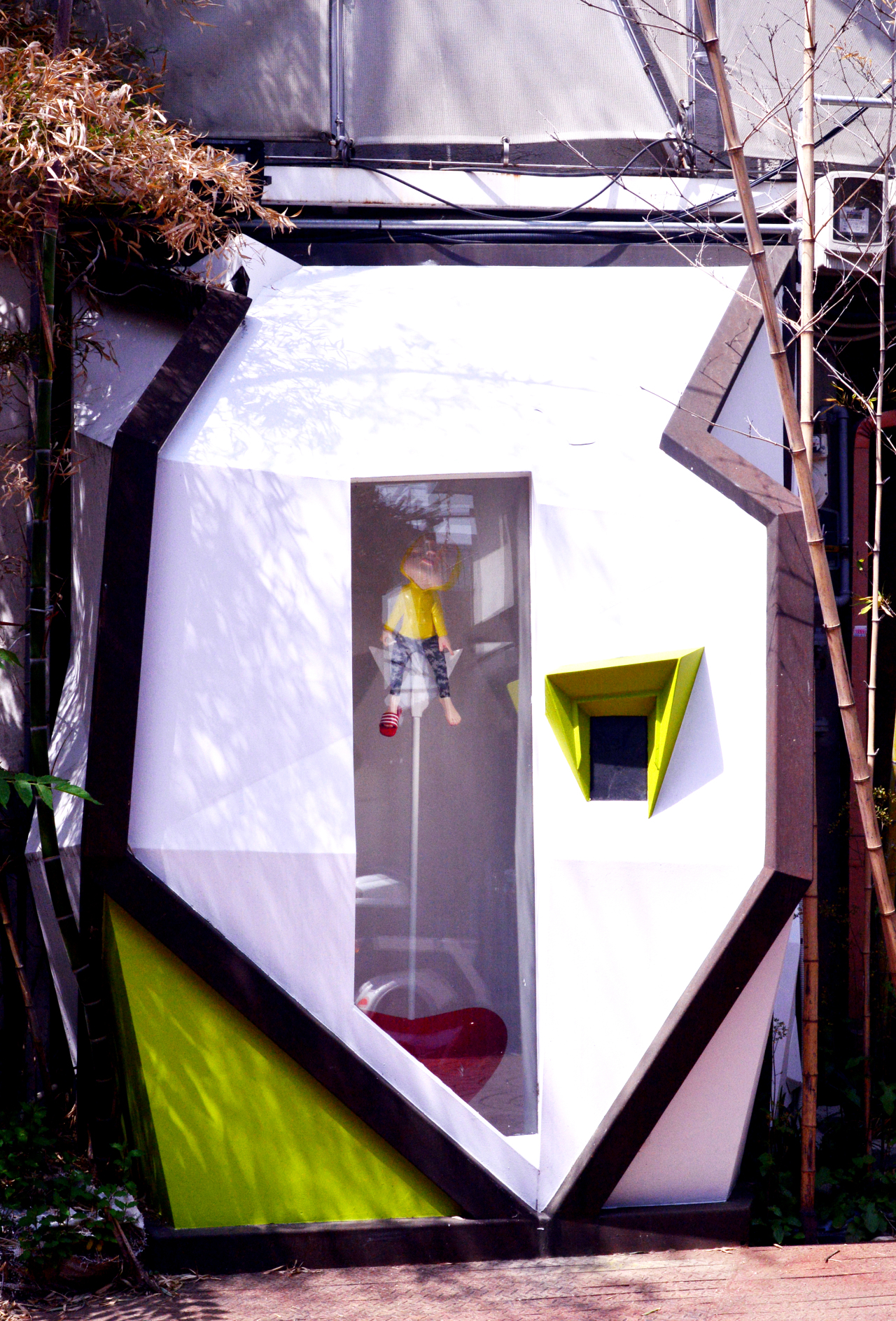 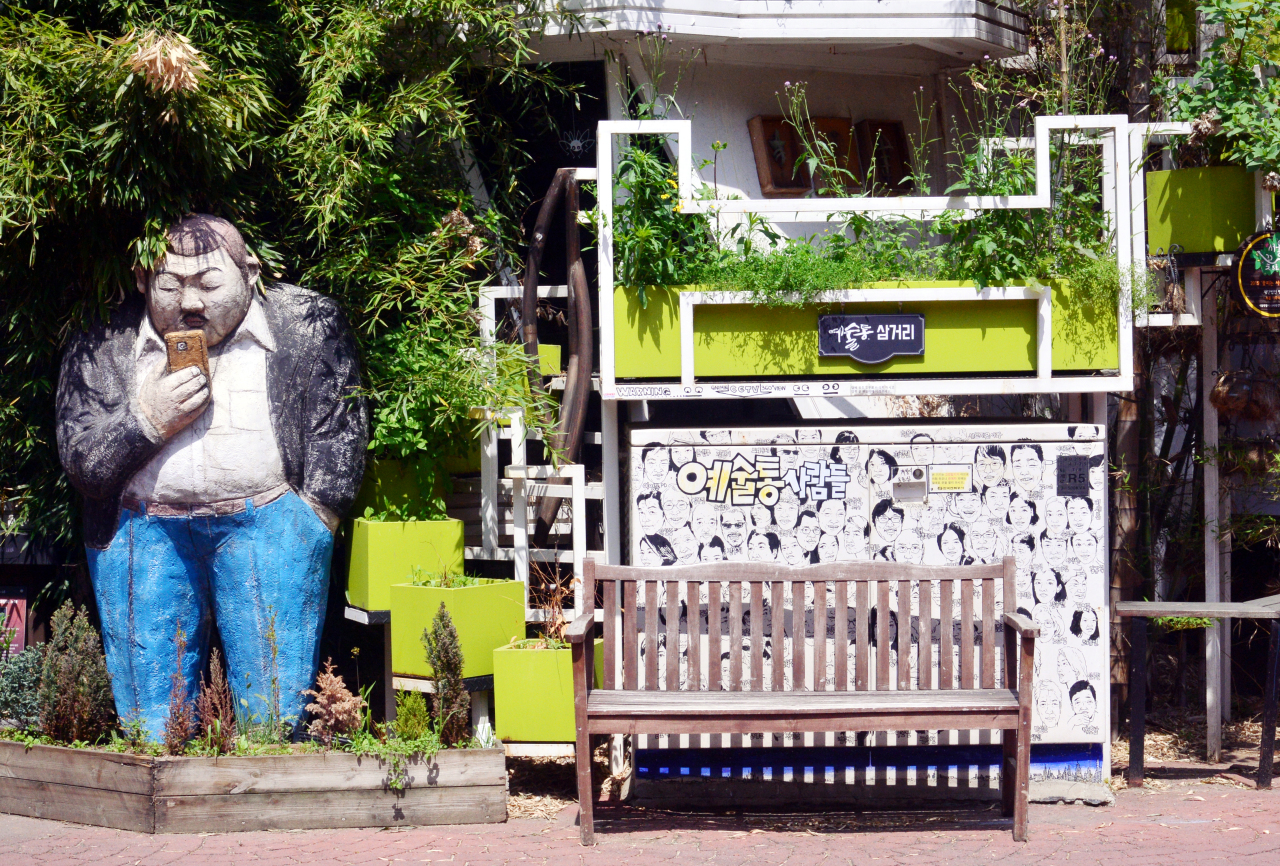 A walking tour of Pil-dong filled with high-level art pieces will lead you to the entrance of Namsangol Hanok Village, a traditional village that shows what life was during the Joseon era (1392-1910).