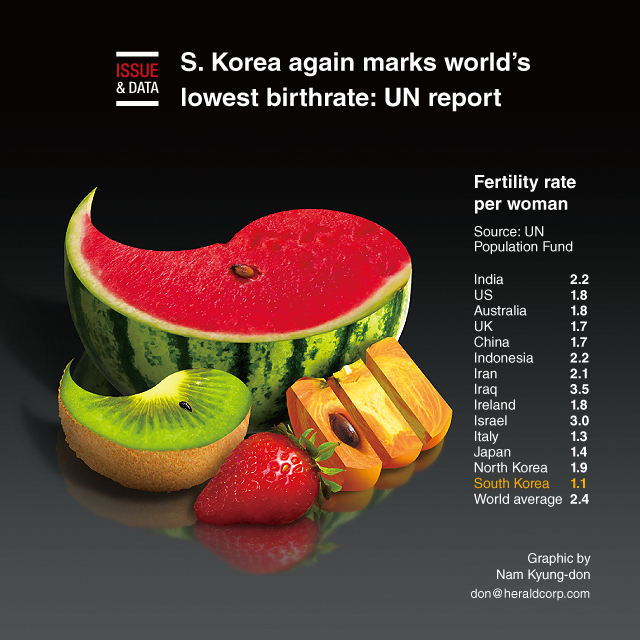 South Korea continues to have the lowest birthrate in the world this year amid fast growth of its elderly population, a United Nations report showed.

The country’s total fertility rate per woman amounted to 1.1 in 2021, unchanged from a year earlier, according to the report from the UN Population Fund.

The fertility rate refers to the average number of children each woman is expected to give birth to over her lifetime.

South Korea’s rate is the lowest among all 198 countries surveyed and is far lower than the global average of 2.4, according to the UNFPA. (Yonhap)