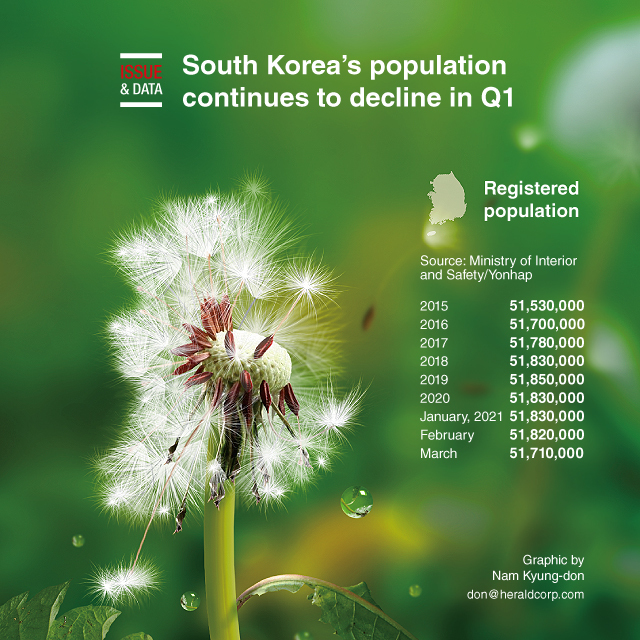 South Korea’s population continued to decrease during the first quarter of this year as deaths outnumbered births, government data showed.

Natural decrease accounted for 10,370 while the remaining 116,177 people were deregistered after a residency survey. The number of newborns totaled 68,099, surpassed by 78,469 deaths during the three months. (Yonhap)