[Graphic News] Half of younger Koreans see no need to have kids after marriage: report 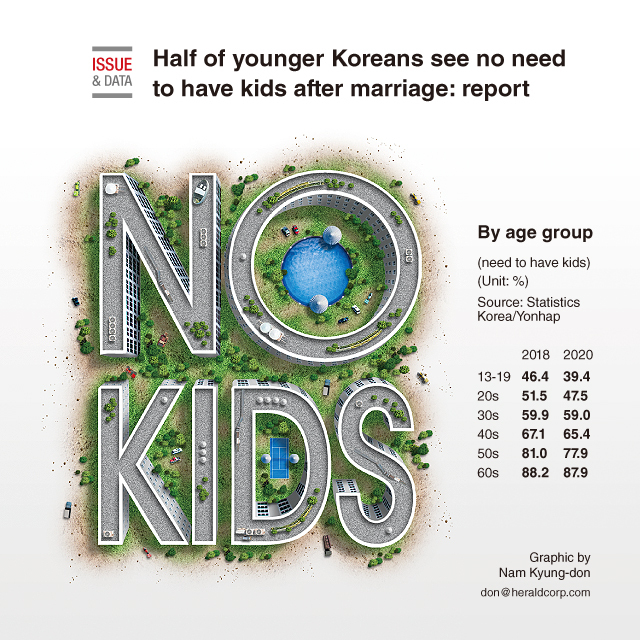 More than half of South Koreans in their teens and 20s think it is not necessary to have kids after marriage, a report showed, adding to concerns about the country’s chronic low birth rate.

As of 2020, 32 percent of Koreans aged 13 or older said it is not necessary to have children after getting married, up from 30.4 percent two years earlier, according to the report on social indexes by Statistics Korea.

All age groups felt less need to have kids after marriage, but in particular, more than half of people in their teens and 20s believed having kids is not a must.

The report showed 39.4 percent of teenagers and 47.5 percent of those in their 20s think there is a need to have children after tying the knot. The tally compared with 46.4 percent and 51.5 percent, respectively, in 2018. (Yonhap)