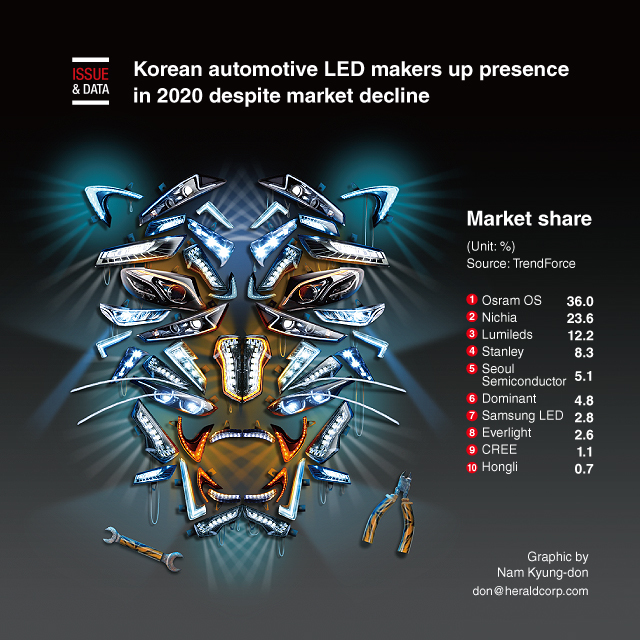 Seoul Semiconductor and Samsung Electronics maintained their status as the world’s fifth- and seventh-largest automotive LED suppliers, respectively, in 2020, but their market shares and sales grew, according to market researcher TrendForce.

Seoul Semiconductor’s revenue jumped 3.2 percent to $130 million last year for a market share of 5.1 percent, up from 4.7 percent a year earlier.

Samsung Electronics, which runs the LED business under its device solutions unit, logged a revenue of $71 million in 2020, up 18.3 percent from a year earlier, while its market share expanded from 2.3 percent to 2.8 percent.

Germany’s Osram Opto Semiconductor expanded its leadership with a commanding 36 percent market share in 2020 after posting $926 million in revenue, according to report. (Yonhap)