By Park Yuna
Published : Apr 5, 2021 - 18:33       Updated : Apr 7, 2021 - 13:47
GWANGJU -- Documentary photographic works of a shaman woman removing a bloody ox head mask during a ritual for protecting people from evil and people preparing for a traditional ceremony for their deceased relative are on display at the entrance of the Gwangju Biennale Exhibition Hall. The photographs are by documentary photographer Lee Gap-chul, who depicts the realms of the real and the unseen.

The 13th Gwangju Biennale kicked off Thursday for a 39-day run under the theme of “Minds Rising, Spirits Tuning,” exploring intelligence -- not only the technological intelligence such as AI, but also the spiritual power and indigenous cultures humankind has relied on throughout history. Encompassing different forms of intelligence, the biennale shows how we can better cope with challenges of our times such as cognitive capitalism and algorithmic violence. 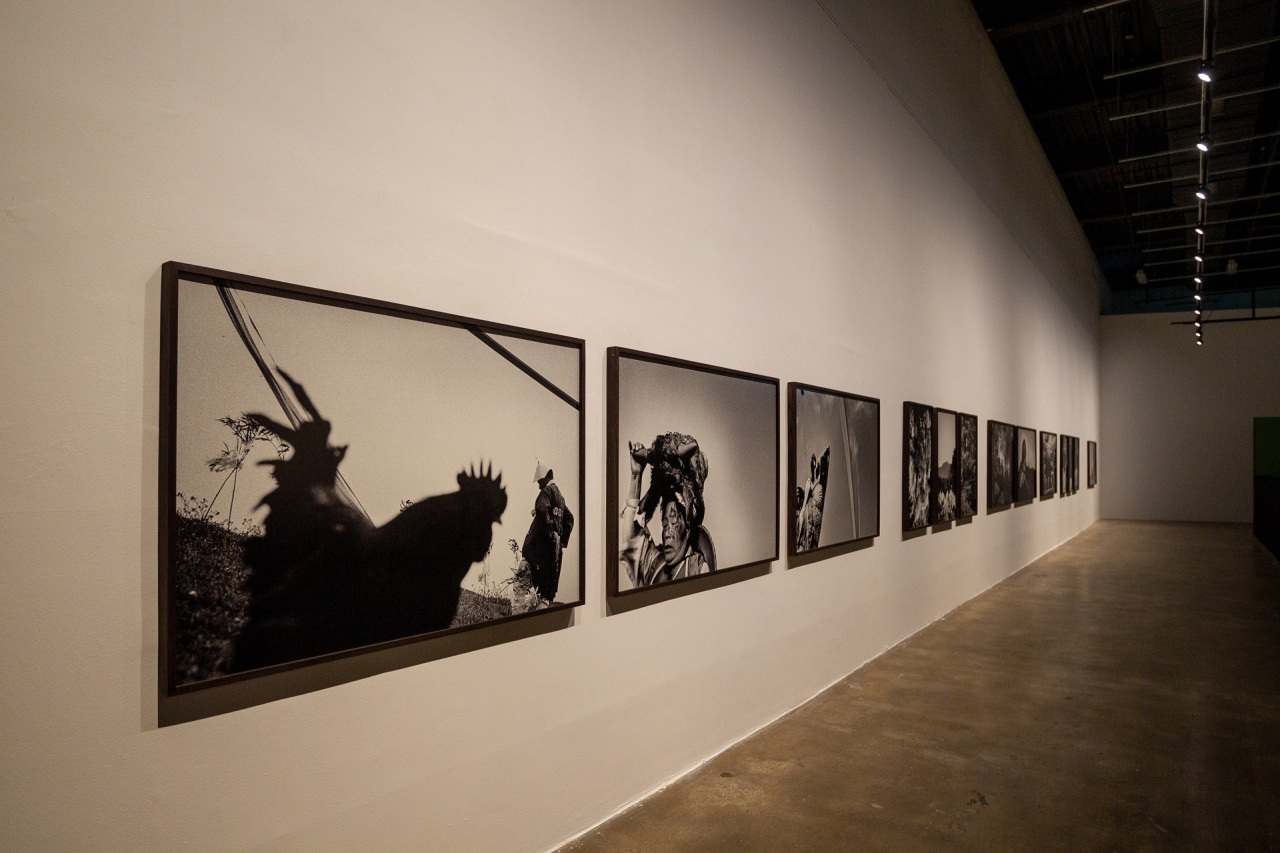 "Conflict and Reaction Series” by Lee Gap-chul (Gwangju Biennale Foundation)
The long-anticipated biennale -- which was finally unveiled after two delays since last year due to the sudden outbreak of the pandemic -- was co-directed by Natasha Ginwala and Defne Ayas.

“‘Minds Rising, Spirits Tuning’ sets out to challenge the structural divisions imposed on corporeal, technological and spiritual intelligence and seeks to bring forth dynamic aspects of the communal mind and its artistic and restorative potential in current struggles toward social justice,” the directors wrote on the biennale.

A total of 69 artists and collectives from 40 countries are participating in Asia‘s first large-scale art biennale, showcasing 450 works or art, including 40 commissioned works. The main exhibitions are taking place across the city of Gwangju: the Gwangju Biennale Exhibition Hall, Gwangju National Museum, Gwangju Theater and Horanggasy Artpolygon. 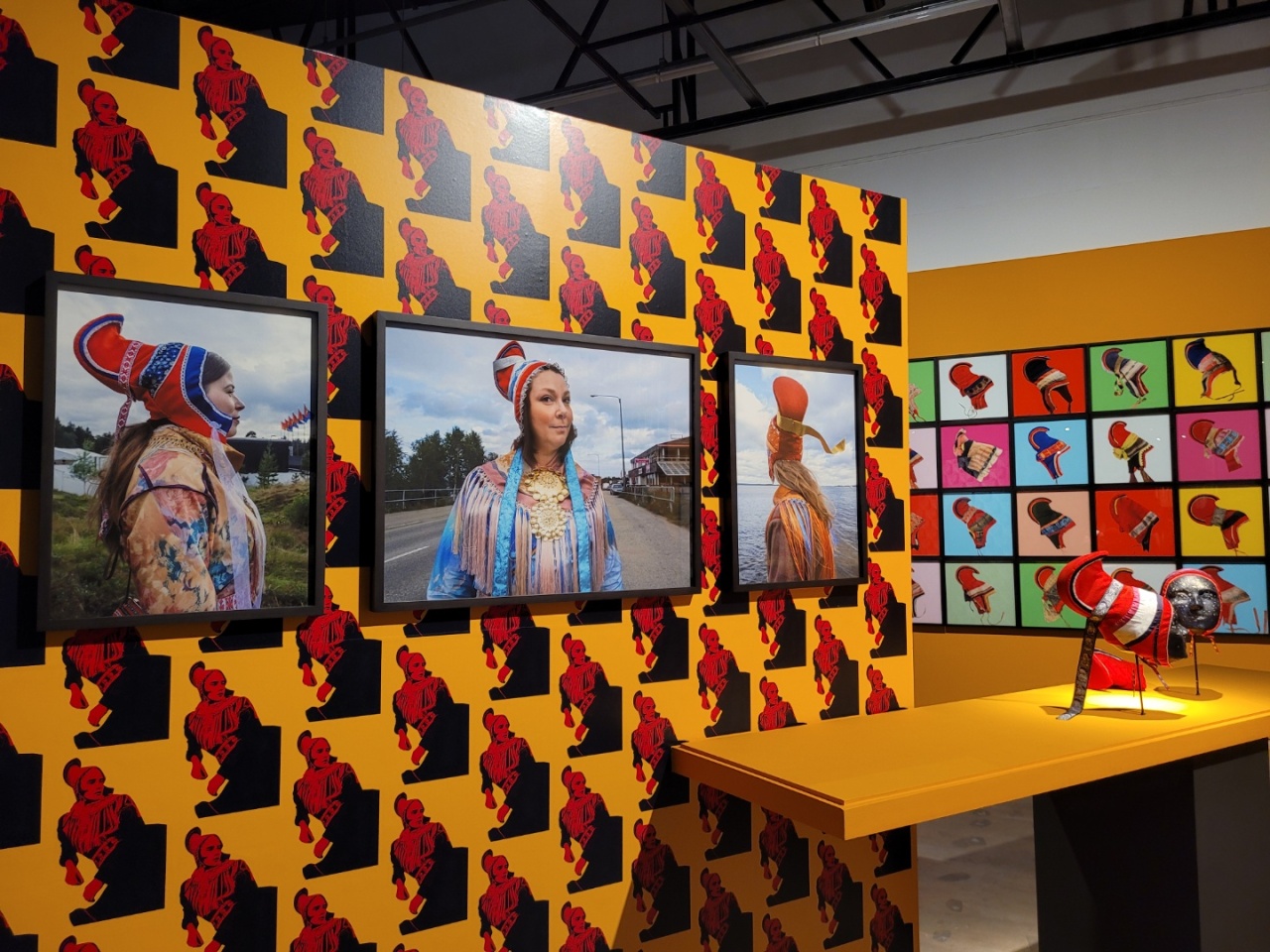 "Foremothers' Hat of Pride" by Eeva-Kristina Harlin and Outi Pieski (Park Yuna/ The Korea Herald)
"When we refer to an intellectual, we usually consider the ability of logical thinking, but as a human, we also have intuition and a spiritual realm. Shamanism is an important theme at the biennale. While we now disdain it and think it cannot be believed, it shows mankind’s essential world view,” said Park Joo-won, an associate curator of the biennale.

“The exhibition is particularly relevant in the pandemic times as shamanism and indigenous cultures did not have a binary perspective on life and death,” Park added.

The biennale expands to topics such as legacies of militarism, matrilineal collectivities and queer culture to encompass different culture and how humans can live with a communal spirit. 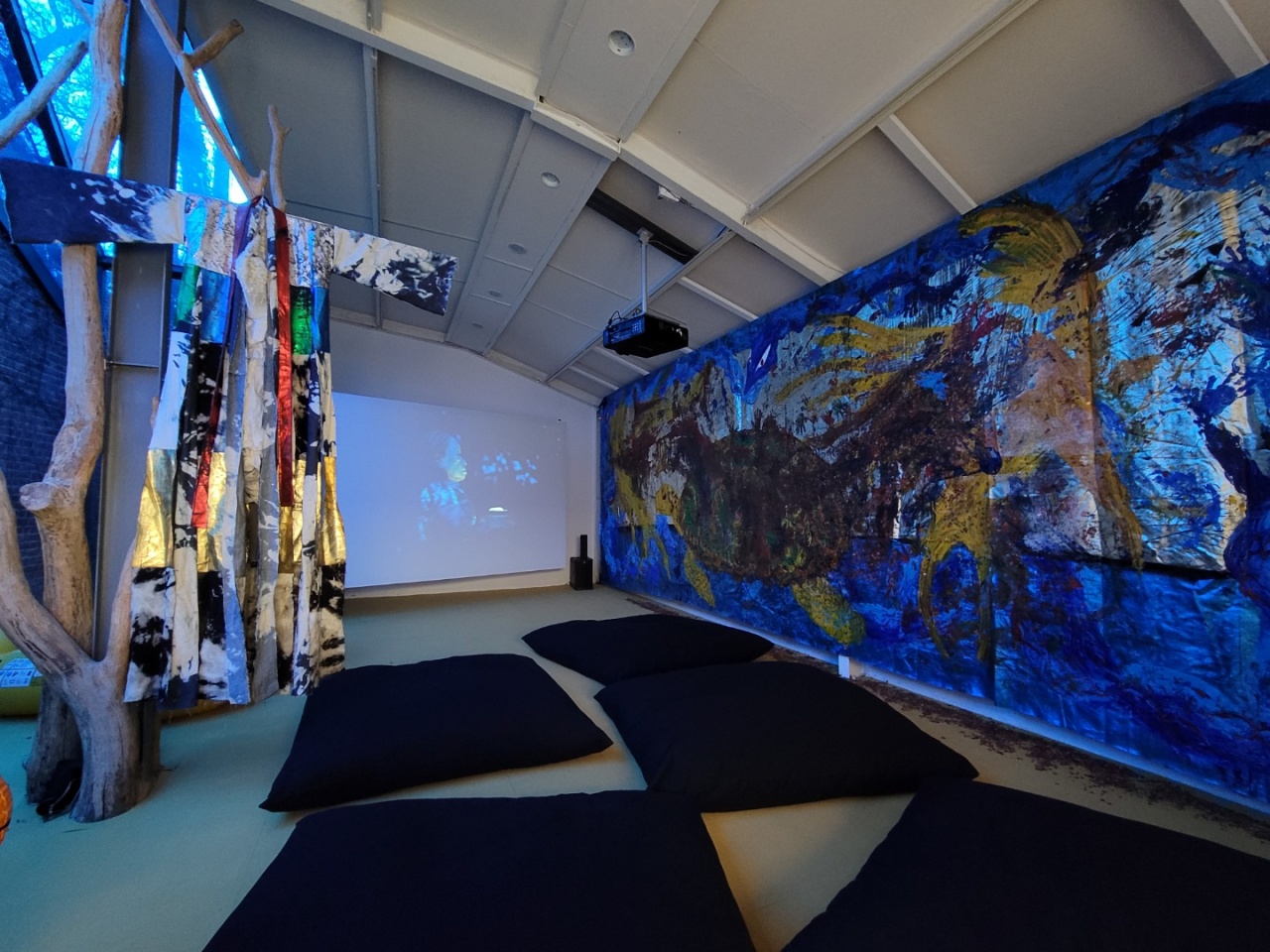 "Songs for Dying” by Korakrit Arunanondchai (Park Yuna/ The Korea Herald)
The installation work “Songs for Dying,” by Bangkok-raised artist Korakrit Arunanondchai, at the sacred mountain Yangnimsan -- one of the biennale’s venues and a symbol of Korea’s layered history from Japanese colonization and anti-colonial resistance to Christian evangelization -- looks into the idea of sovereignty, ancestral storytelling and pro-democracy protests in Thailand, involving shamanic and animist rituals fostering resilience and commemorations on Jeju Island and in the Philippines and Thailand.

Along with the main exhibition, the biennale features special shows – GB Commission, the Pavilion Project and May 18 Democratization Movement Special Exhibition MaytoDay -- in an effort to foster collaborative exhibitions with international art institutes and artists as well as to introduce local artists.

While online reservations are recommended for all venues, on-site entry will be available allowing up to 300 visitors per hour to enter. Admission is free for the Pavilion Project and GB Commission.