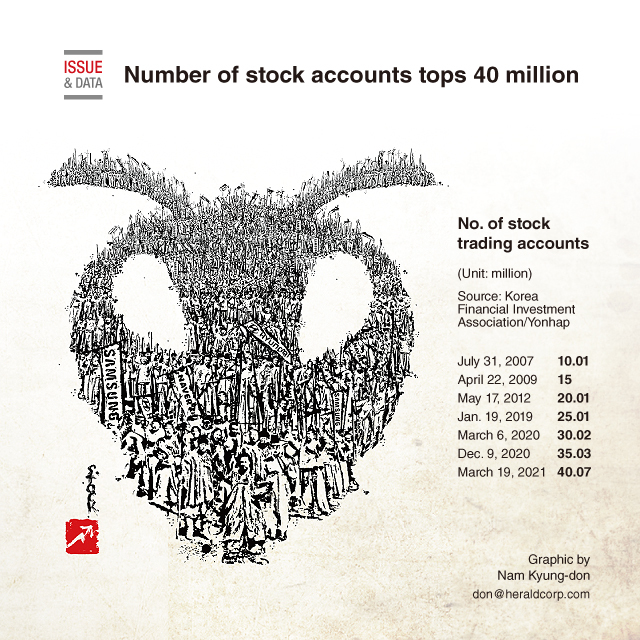 The number of stock trading accounts in South Korea has risen sharply over the past year to surpass the 40 million mark amid a buying craze by retail investors, industry data showed.

Active stock accounts in Asia‘s fourth-largest economy numbered 40.07 million as of March 19, up from 35.48 million at the end of last year.

It marks the first time that the country’s number of active stock accounts has exceeded the 40-million level.

The number has increased by approximately 10 million since it passed the 30 million mark in March last year. (Yonhap)