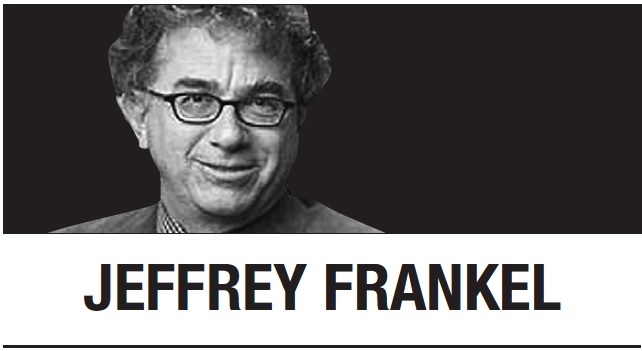 The United States and the world entered recession a year ago. Normally, economists can’t predict the onset of a downturn. But because this recession stemmed from the COVID-19 pandemic, they could reliably discern its beginnings without waiting for the standard economic indicators.

By the end of the second quarter of 2020, US gross domestic product had plunged by a record 11 percent, taking the economy from an estimated 1 percent above potential output at the end of 2019 to a level 10 percent below it. Forecasters now expect such rapid growth in 2021 that GDP will return to its pre-pandemic peak very soon. By 2022, it will probably be well above potential. The global economy is also expected to recover, though not as rapidly as that of the US.

Some now warn that the US economy could overheat. Given this possibility, is President Joe Biden providing too much stimulus with his $1.9 trillion American Rescue Plan, enacted earlier this month?

After all, the rosy forecasts for the US economy reflect not only the ongoing vaccine rollout, but also the release of pent-up demand for goods and services. American households saved an estimated $1.5 trillion of the government transfers that the US Congress approved a year ago, and appear keen to spend some of it as soon as they can. Moreover, the monetary easing that the US Federal Reserve introduced in spring 2020 has lowered short-term interest rates to zero, and Fed Chair Jerome Powell has repeatedly pledged to leave rates at that level for several years.

A third factor turbocharging demand is the recently renewed fiscal stimulus -- not only the Biden package, but also the $900 billion in outlays that Congress approved in December. And the Biden administration plans a fourth boost to demand through increased infrastructure investment spending. No wonder, then, that Fed officials on March 17 hiked their projections for US growth in 2021, to 6.5 percent. The OECD has done the same.

The basis of the overheating assessments is simple enough. Let’s say that federal government outlays in 2021 exceed last year’s by $1.9 trillion, equivalent to about 9 percent of the $22 trillion US economy. With interest rates fixed at zero, the Keynesian multiplier could be as high as 1.5. But when additional government spending takes the form of income transfers, only the part of the increase in disposable income that households actually consume enters the demand stream. Households usually save some, as they certainly did in 2020.

So, assume a multiplier of one. In that case, a fiscal stimulus equal to 9 percent of GDP results in a 9 percent output increase. Given that US economic output was an estimated 3 percent below potential at the end of 2020, a 9 percent boost would put GDP about 6 percent above potential.

Some economists, most notably former Treasury Secretary Larry Summers, support the basic idea of Biden’s relief program but think it’s too big, warning of rising inflation next year. Financial markets have reacted, too: The interest rate on ten-year Treasury bonds has now risen to 1.7 percent, up from 0.9 percent since January.

The counterargument is that we don’t really know the level of potential output, and are perhaps underestimating it. For example, some have questioned whether the US economy in 2018-19 was really performing above potential after all, given that inflation rose to only 2.3 percent in 2019 despite the unemployment rate falling as low as 3.5 percent.

But a likelier explanation for the small rise in inflation in the pre-pandemic period is what economists call a flat Phillips curve. In other words, variations in US employment and output have only small effects on wage and price inflation. Before the puzzle of why inflation did not rise more than it did in 2018-19, there was the puzzle of why it did not fall more than it did in 2010-15, in the aftermath of the Great Recession, when unemployment was coming down only slowly from its 10 percent peak.

So, although US output growth is likely to be above potential next year, a relatively flat Phillips curve implies that inflation is unlikely to rise inordinately. In fact, the Fed would actively welcome a small pickup in price growth.

To be sure, providing so much stimulus may have other downsides. The US national debt is the highest it has been since 1945, relative to GDP, and will become less sustainable if interest rates rise. Money-financed expansion risks fueling asset bubbles. The trade deficit is bound to increase, which could exacerbate protectionism. And if the sky’s the limit on spending, some of the money could be wasted.

But Biden’s advisers are clearly trying to ensure that America doesn’t repeat the mistake of 2009, when President Barack Obama’s $800 billion stimulus -- though big by historical standards -- was too small and short-lived to enable the economy to recover fully after the global financial crisis. Although the Great Recession ended almost as soon as Obama’s American Recovery and Reinvestment Act took effect, the subsequent recovery was too slow.

It is not clear that the insufficient size of the 2009 stimulus was really the Obama administration’s fault (unless, perhaps, Obama erred in seeking a modicum of bipartisanship). Administration officials would argue that they got the biggest stimulus through Congress that was politically feasible, given Republican opposition.

It may be off-limits to say it was American voters who made a mistake. But many reflexively blamed the weakness of the 2009-10 recovery on Obama and the Democrats, and gave the Republicans control of the House of Representatives in the 2010 midterm elections -- thus enabling the Republican Party to block further measures to boost the economy.

America did indeed err in 2009-10 in limiting the size and duration of the fiscal expansion. Regardless of where precisely one locates that mistake, Biden is right to make sure it isn’t repeated now.