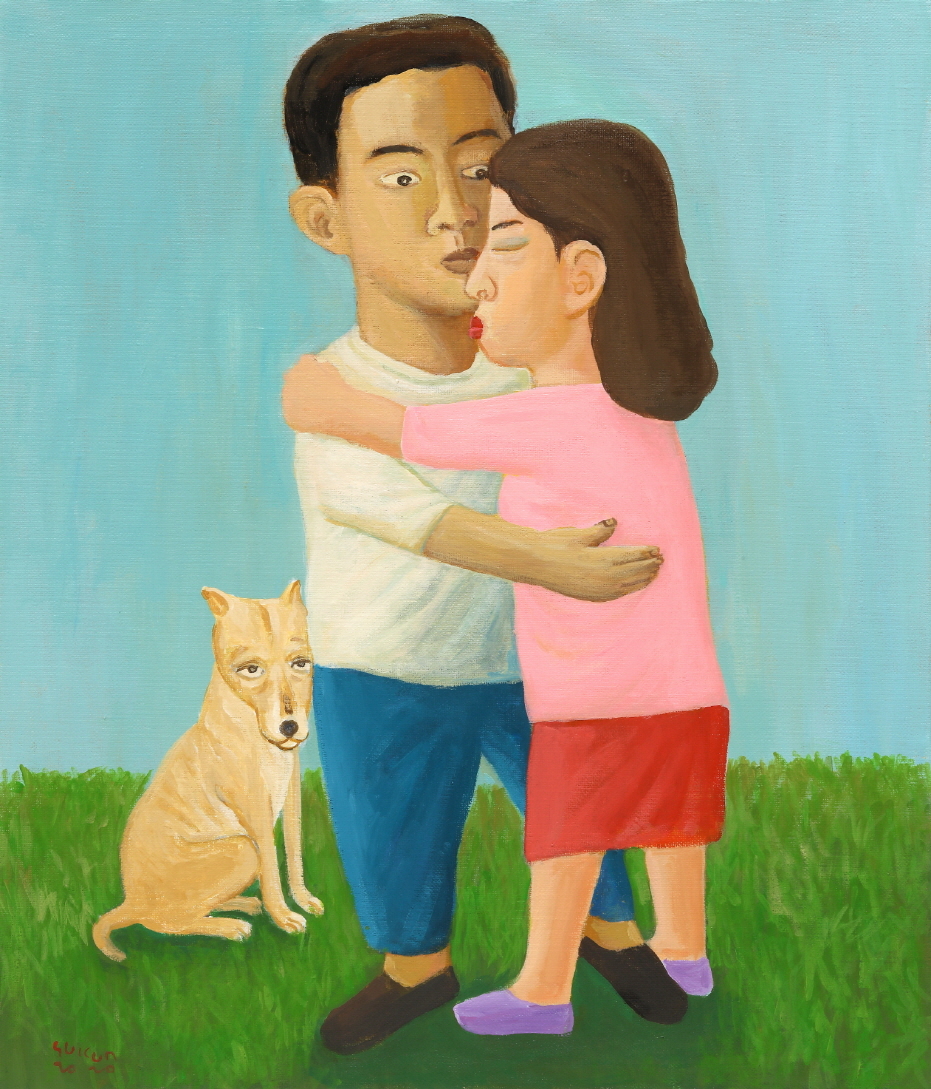 "In the Field” by Choi Suk-un (Gallery NoW)
Painter Choi Suk-un captures moments from everyday life, depicting the scenes in his own witty ways. Those who view his paintings would laugh out loud at his wit and creativity. The humor and wit shown in the paintings come from his personality and his belief that an artist and one’s paintings should go hand in hand, representing one another. Otherwise, one or the other is lying, the artist believes.

When the pandemic hit, instead of dampening his spirits, it served as inspiration for the artist’s first foray into painting a completely new subject. While he had painted ordinary people and their everyday lives throughout his 40-year art career, the artist discovered a new subject that he never expected to paint -- scenes of nature, which had previously not appealed to him. 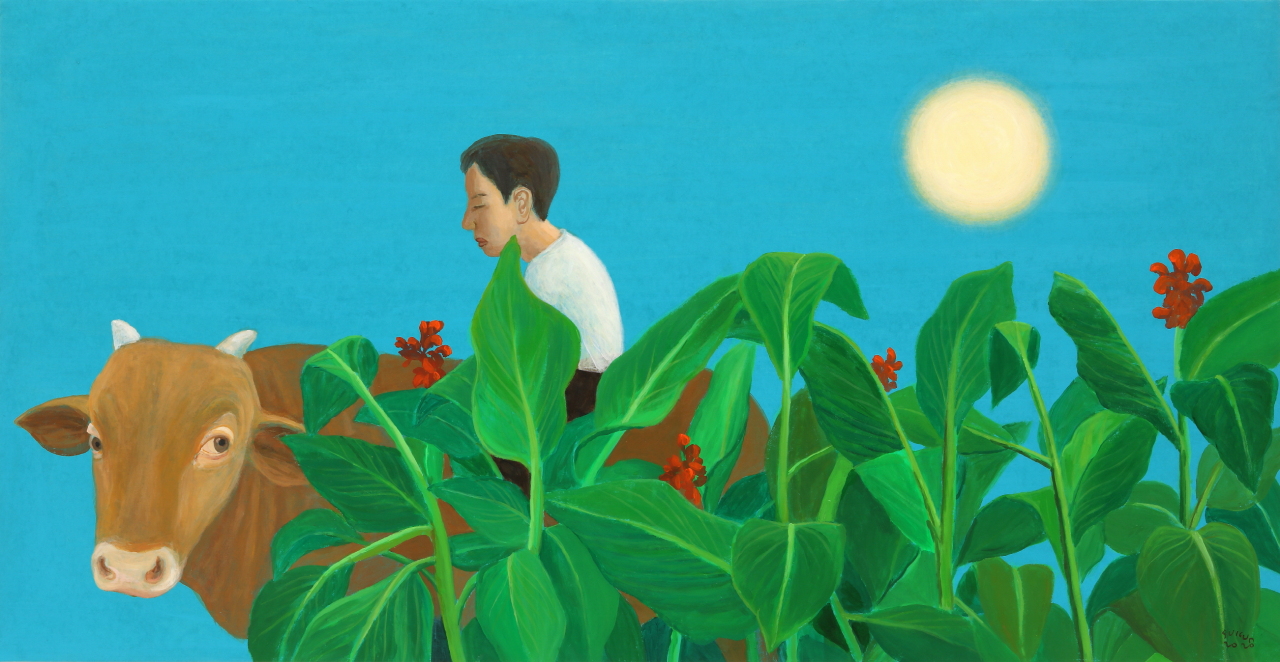 "Bull Looking at the Canna Flower” by Choi Suk-un (Gallery NoW)
His recent works are on show at his exhibition “Odd scene, Strange comfort” running at Gallery NoW in Gangnam-gu, southern Seoul. Most of the works on display were painted in a village in Haenam, the southernmost end of the country, where he stayed last year and at his studio in Yangpyeong, Gyeonggi Province, where he realized the beauty of nature.

“People who are familiar with my paintings will be surprised to see my new works. I myself never knew I would paint these things,” Choi said. “The pandemic has taught me many human issues are trivial. My eyes began to see the beauty of the nature near my studio after 14 years.”

There was a field of large green onions near where he was staying in Haenam. When he saw the landlord throwing away green onions because they had begun to flower, the artist asked for some of them to take home to grow in plastic bottles. 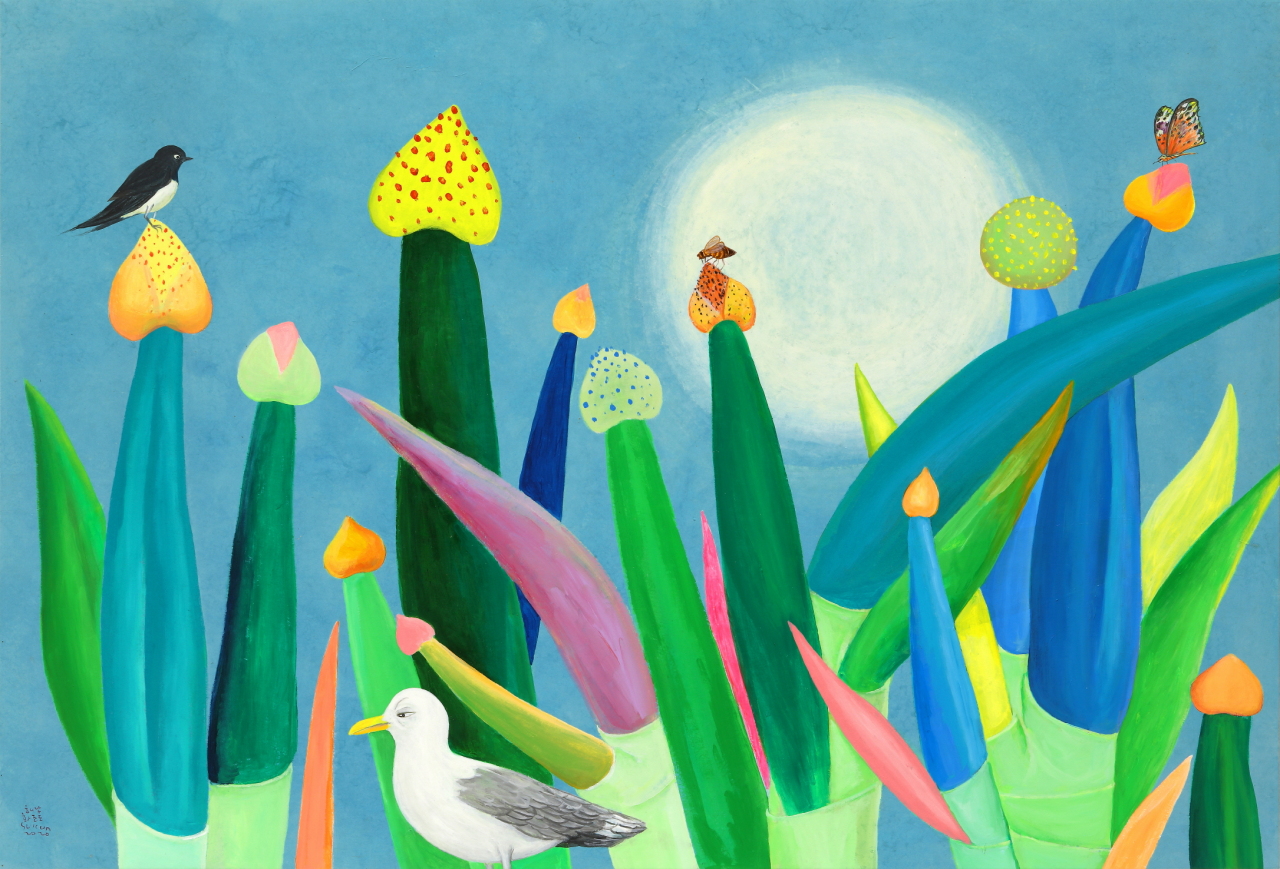 "Hwa-jo-do (Painting of flowers and birds)" by Choi Suk-un (Gallery NoW)
"The landlord said he can’t sell green onions as food once they bloom. But look at the color and flowers of the green onions, they look strong and vital. I love their vitality,” Choi said. “They helped me overcome the pandemic times,” Choi said.

After returning to his studio in Yangpyeong, the natural scenery that he had never paid attention to, began to appear to him in a different light -- birds, flowers and the beautiful big tree near his studio became his new subjects.

Although his subjects have become diverse, his unique characteristics -- the positive vibe, humor and wit -- pervade even the new paintings.

The faces of animals depicted in Choi's paintings sport mischievous expressions, as if they have secrets to tell humans. 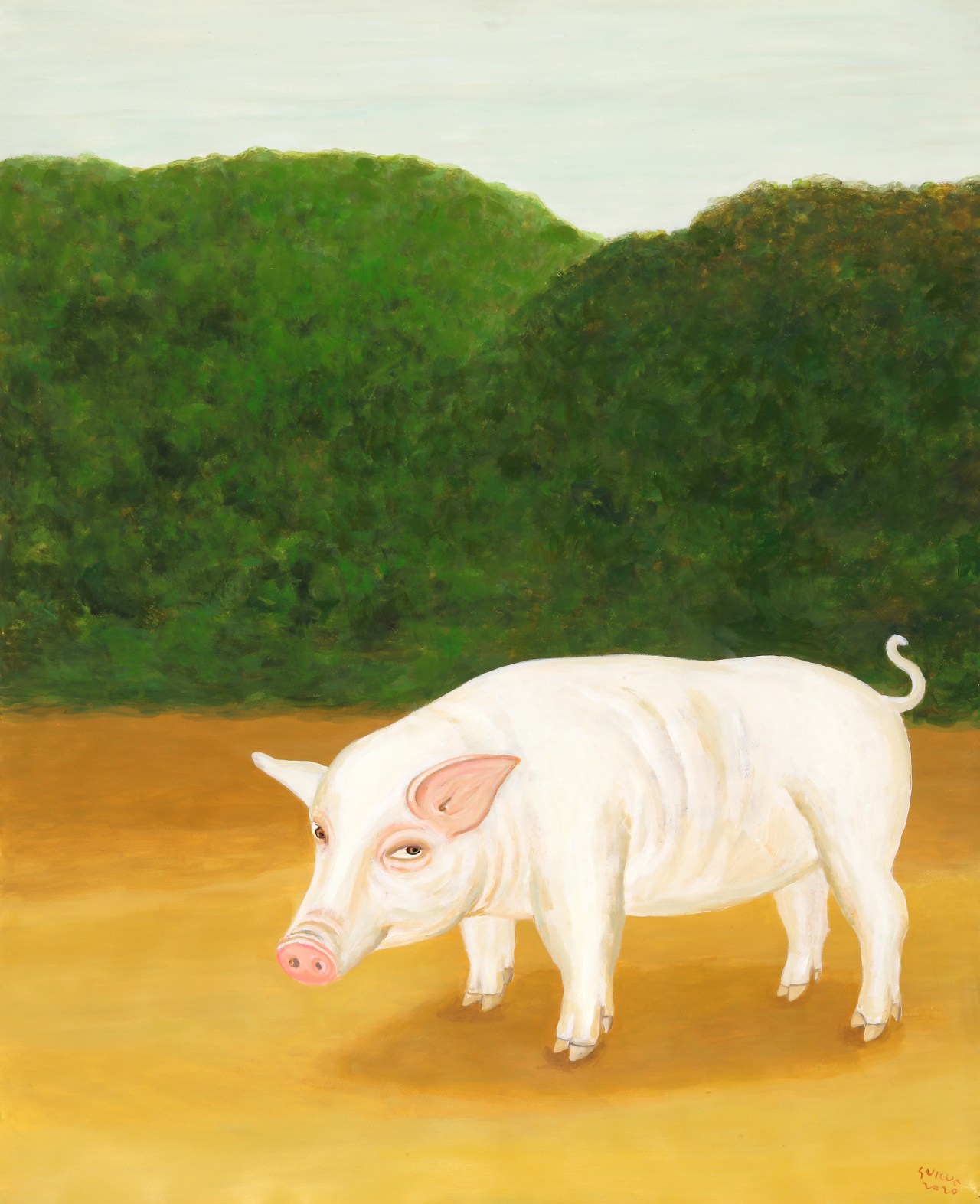 "Pig out of the Forest” by Choi Suk-un (Gallery NoW)
"For artists, it is easy to fall into mannerism. But the pandemic ironically encouraged me. If not for the pandemic, I would never have tried new things like these new paintings,” Choi said. “I am motivated now and will keep painting for the next 30 or 40 years hopefully. I want to paint one meaningful painting that depicts the pandemic times to remember this time. That is my new task for now.”