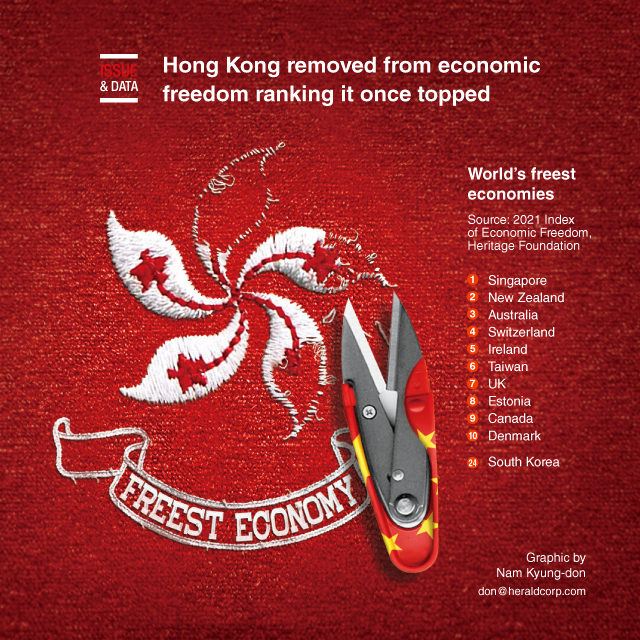 Hong Kong has been removed from an annual index of the world’s freest economies because the think tank that compiles it said the city was now directly controlled by Beijing.

The announcement is a reputational blow for Hong Kong and comes as Beijing ramps up its bid to quash dissent after huge and sometimes violent pro-democracy demonstrations in 2019.

The Heritage Foundation, a conservative US think tank, publishes its annual Index of Economic Freedom, ranking countries and territories for how business-friendly their regulations and laws are.